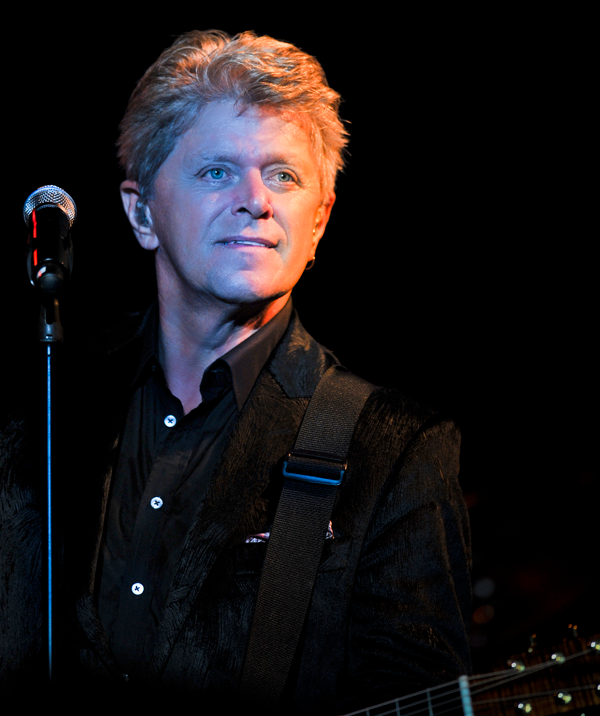 No, not that one.

The singer, who helped put Chicago on top of the Billboard charts with songs such as "If You Leave Me Now," "Hard to Say I'm Sorry" and "You're the Inspiration," is enamored of the current artists touring with him.

"My band I've had now for the past year - and it's a revolving thing - it's a pretty solid group," he said in a phone interview Thursday. "It's the best band I've ever had. And I'm having a renewed fun. And it seems like the crowds are really more into it."

To show his gratitude, Cetera has posted notes on his website.

"I really am thanking the fans," he said. "They're always the ones that make this (work). I think it's a cool way to do that.

"You know, you can say 'Thank you' on stage and get out of there, but the shows have actually been really great - and the crowds have been great."

When Cetera performs Saturday inside the Fallsview Casino's Avalon Ballroom, he'll showcase successful solo songs such as "The Glory of Love" and "The Next Time I Fall," as well as Chicago songs he wrote and performed.

"There's a lot of people that come to the show that are from that era, you know, the Chicago era, and not into my solo stuff or don't know about it," he said. "And there's people that are younger that know the solo stuff and are amazed by, 'Oh, my god, you mean he wrote and sang those? Oh, my god, I didn't realize.'

"It comes together on the evening of the show."

"People, they want to hear more of the music, and they want to see - they don't necessarily give a crap about explosions and dancers," he explained. "What I do is I actually talk about the songs, about experiences, about what went on for that song. And I think people really get a big kick out of that. They really like to hear the who's, the what's, the why's and the where's of songs. So, it makes for a unique, classy experience."

Though Cetera's biggest hits came in the 1980s, they've continued to resonate with crowds over the years. Watching audiences react favorably and sing along as they do has made it easy for Cetera to keep those songs in his set.

"Sometimes I joke with the crowd when I come out after the first song. I say, 'Hey, we have a special surprise: We're going to do nothing but new songs tonight, ladies and gentlemen. ... I'm just kidding!' Because I realize what the people come to hear."

Though he's an established solo performer, Cetera still gets asked - often - when he plans to reunite with Chicago. The answer is not anytime soon.

"You know, it's kind of like - and I tell people this - it's like a marriage," he said. "When a marriage goes bad, you get divorced. And years along, somebody will say, 'Hey, you want to get back together with you ex-wife?' Most likely, 99 percent of the people, would go, 'Are you crazy? No.'

"I don't know. Maybe I'll fall on my head and knock some sense into myself somewhere along the line here and go, 'Yeah, I'll do it for the money.' But I just can't. It's not worth my peace, right now. And I'm very peaceful with where I'm at, what I'm doing, and who I'm doing it with.

While it's true things change, one thing that will remain eternal is the appeal of Cetera's ballad "The Glory of Love," which was featured in the iconic 1986 film "The Karate Kid, Part II" (airing almost daily on television).