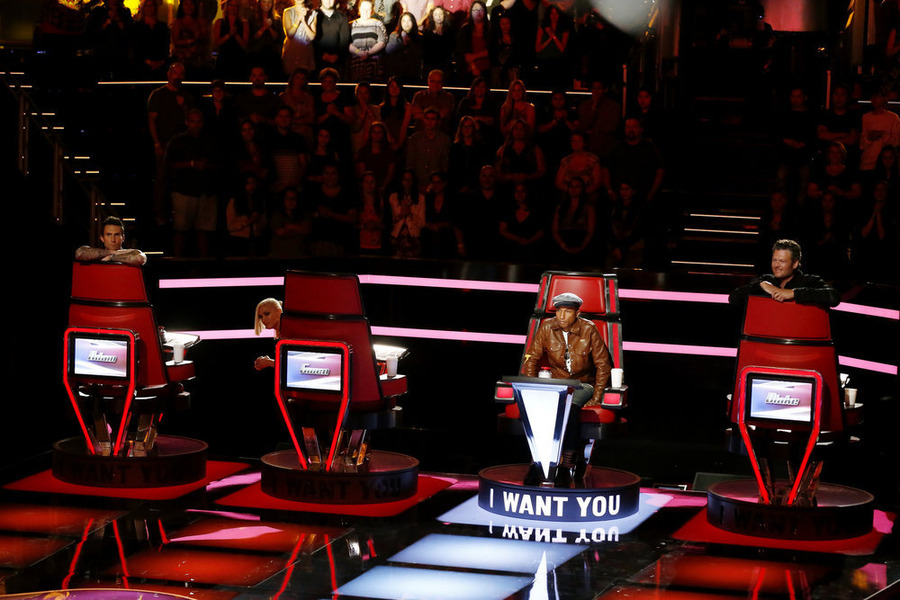 "You could win this whole thing," Adam Levine told singer Amy Vachal following her blind audition on "The Voice." The singer, now living in Brooklyn, was one of two standout performers earning rave reviews from all four coaches last week.

"I don't have a beautiful, Pocahontas, fairy princess, angel-like singer on my team," Gwen Stefani said. "You're creative with the way that you perform. You just seem like a real honest artist."

The No Doubt frontwoman called Amy a "pure artist" and said, "You are my dream princess."

"I know that I'm looking at a superstar," Blake Shelton said.

"You are on a different path, really, than anybody else," he added.

Pharrell asked Amy what she wanted to do with her music. The 26-year-old singer responded she's into "blurring lines" between old crooners and today's hit-makers "to make a new hybrid."

"Amy, I would be unbelievably appreciative to have the opportunity to aid you in that journey," he said.

"Let me be the guy that helps you explore that sound," Pharrell added.

She decided to do just that, opting to join his team.

Speaking to BTS about that performance, and the reaction she received, Amy said, "I think the entire day was just a blur. It was such a - it was so different than any other performance I've ever done before, just because the stakes were so high. And, you know, I've been performing for the past about four or five years - just in terms of, you know, five people to, like, 15 people, and that's kind of the norm. That's been the norm for me.

"So, this situation was just so far above and beyond anything I've ever experienced before. So, you know, I think it's - I'm still taking time to let it all brew. But, you know, at the moment, I can think back to that moment and just remember how blown away and how grateful I was for everything - all the comments that they're making. And, honestly, I had a lot of trouble believing the things that they were saying but, you know, in retrospect I, you know, I'm still letting that work on me. And ... I feel like I'm growing with that, with all the encouragement that they've so kindly (given)." 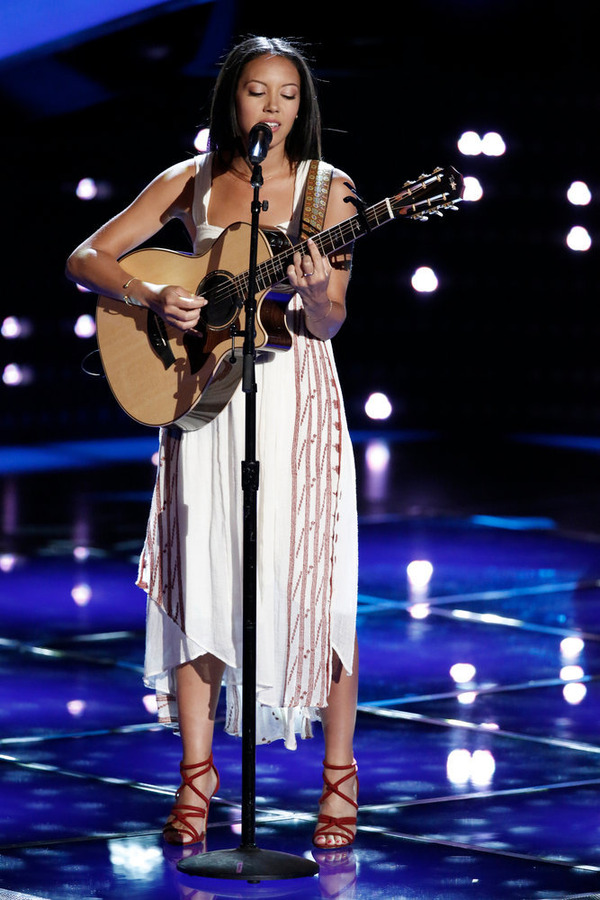 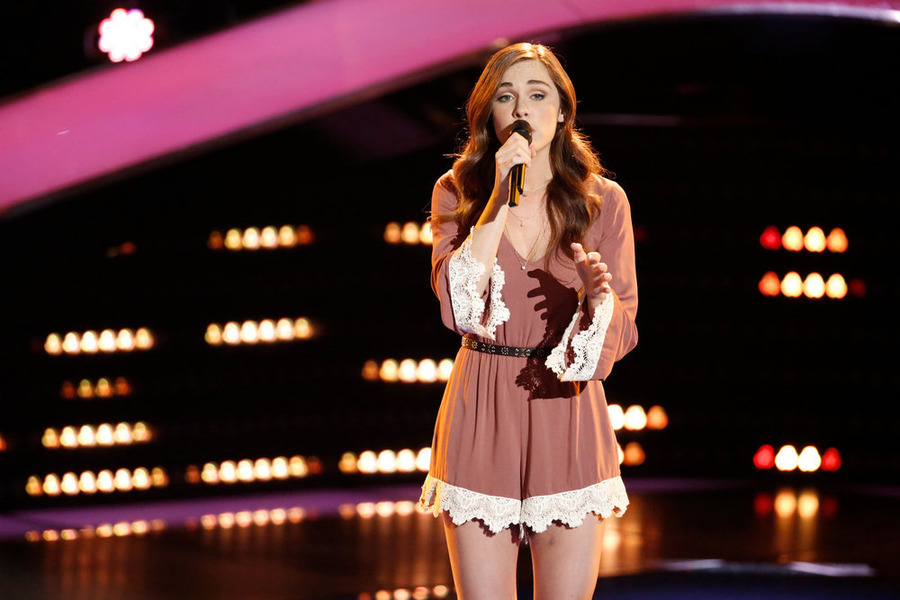 When it came time for 16-year-old Sydney Rhame of Atlanta to sing, only Pharrell had an open spot on his team. While the other coaches couldn't claim her, that didn't stop them from showing their support. Namely, Blake, Adam and Gwen actually turned around on their backward chairs to watch her perform "Photograph."

"Going in to my audition, I didn't realize that there was only spot left," Sydney told BTS. "So, I was already just terrified as it was. But when I saw that Pharrell turned around, I mean, I felt so amazing, because he was my first choice. And then when I saw Blake's head, and Adam's head and Gwen's head, I realized that there were no spots left and I just - it was just such an amazing moment for me.

"And to see that, like, even though the coaches didn't have any spots left, they still liked what I was doing, and I was just so honored to just be able to be in the same room with them, and to have them, you know, like, stand on their chairs was just - it was just incredible."

"I think that you are a shining star already," he added.

Pharrell said he kept one spot open, because "I was waiting for great."

"I'm so pleased to be able to say, because you are so great, my team is full!" he said.

"Pharrell's pretty cool," Sydney explained. "He is just - No. 1, he is just a genuinely good person. And he just gives off the best energy and is just so great to all the people on his team. He treats us all with just the utmost respect. And that's what I really loved about him.

"And on the other side of things, he is, you know, in very high demand, and he's so good at, like, what he does. And he's worked with countless A-listers. And he's just been great, because, even despite him being so, you know, ridiculously famous and amazing, he focuses in on each and every person on his team and lets you know what you need to work on. And he lets you know that, like, he values you.

"He helped me a lot with my confidence, and he's just been so supportive - even though he's this huge celebrity," Sydney said.

For Amy, "What attracted me to Pharrell in the first place was just his unique spirit, you know? He's got just something so different about him and, you know, it's undeniable.

"And it's actually funny, I thought Gwen was kidding when she said that his looks would be distracting, but when I actually stepped into a room and started working with him, I found myself getting a little intimidated just by being in his presence. He's just so - when he looks at you, he kind of just - he kind of just looks right through you and he's so - he just gets to the bottom of - he doesn't mess around. He gets to the bottom of every issue. And he's so genuine in how he really wants to help. And he's got such a keen eye for how he can help.

"And so, you know, just being around him at all - whether it's just running through a song or getting to ask him about, you know, his experience in performing - has already - it's helped me grow in huge ways already."

Following Amy's audition, Blake said, "I cannot be more impressed with her," and told Pharrell, "You just won the show again."

Adam lamented show producers waited until his team was full to "bring out the greatest singer (in) the show's history - and the most beautiful."