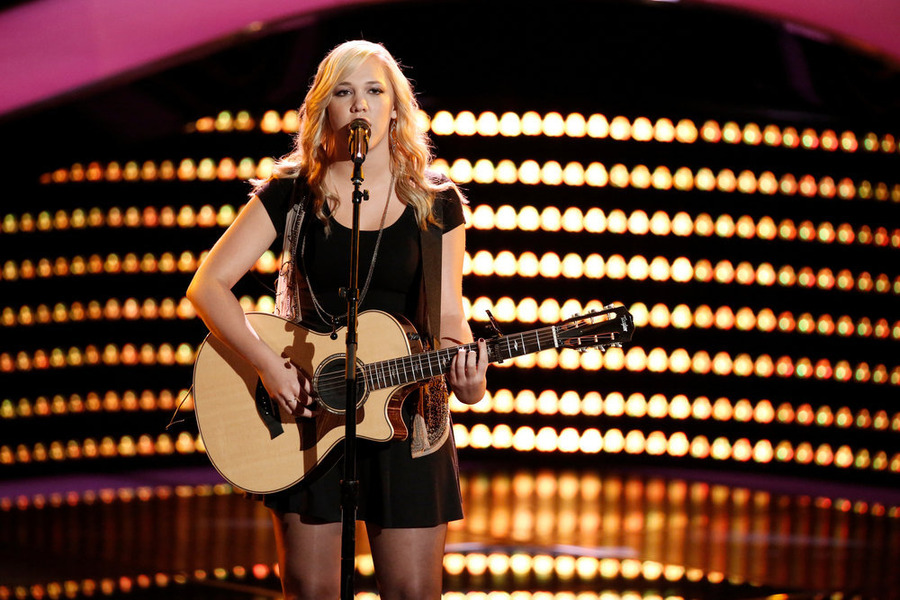 Week two of "The Voice" was all about risk and reward for the top five standout acts.

Morgan Frazier, 22, of Nashville, sang "I Want You to Want Me"

The idea of reimagining a popular song is becoming increasingly dicey for singers. Not only does an act have to persuade an audience to signoff on a new spin - to agree to hum or sing or clap a well-known chorus in a different way - but the artist also has to convince a coach this is the right decision. The four chair-turners are apt to say you don't mess with an original; it's good enough as is.

But that's exactly what Morgan and Lyndsey did, with the former converting the Cheap Trick rock song into a country ballad, and the latter slowing down the recent Meghan Trainor pop hit.

"Oh, my gosh, it's been so crazy - the response that I've gotten," Morgan told BTS Tuesday. "I don't know; I just always thought that that song should be a love song ever since I heard it, and just really listening to the words. And I came up with that version about four years ago and I was just like ... I actually - it's kind of funny - I had a dream about doing it on the show when I was watching last season. I didn't even know I was going to, like, try out or anything like that. And I had a dream about doing it on the show. And then when that song got picked, I just - I was like, 'It's a risk,' but I was - I couldn't have been happier (with the result)." 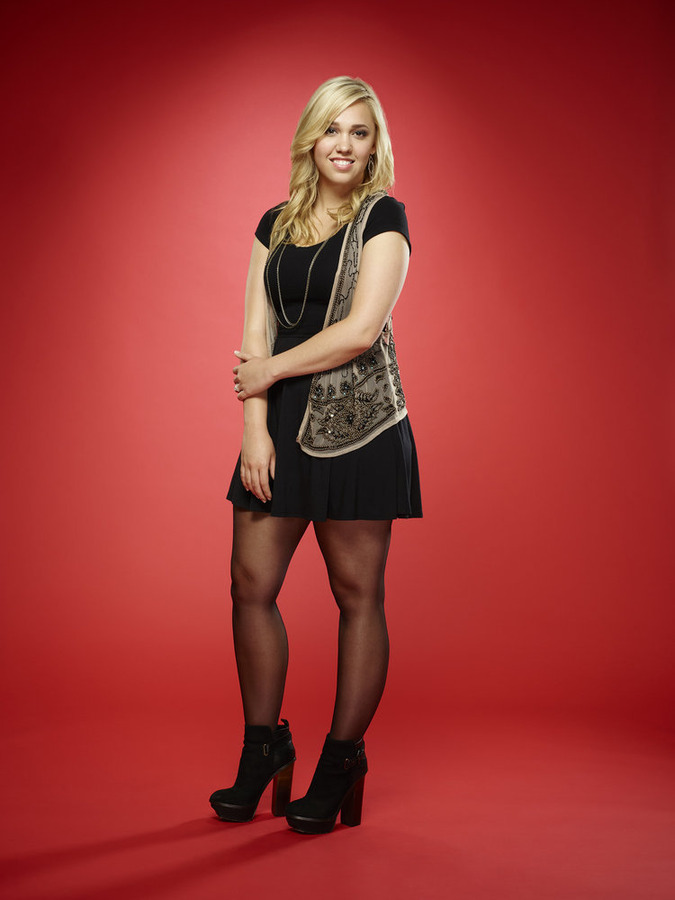 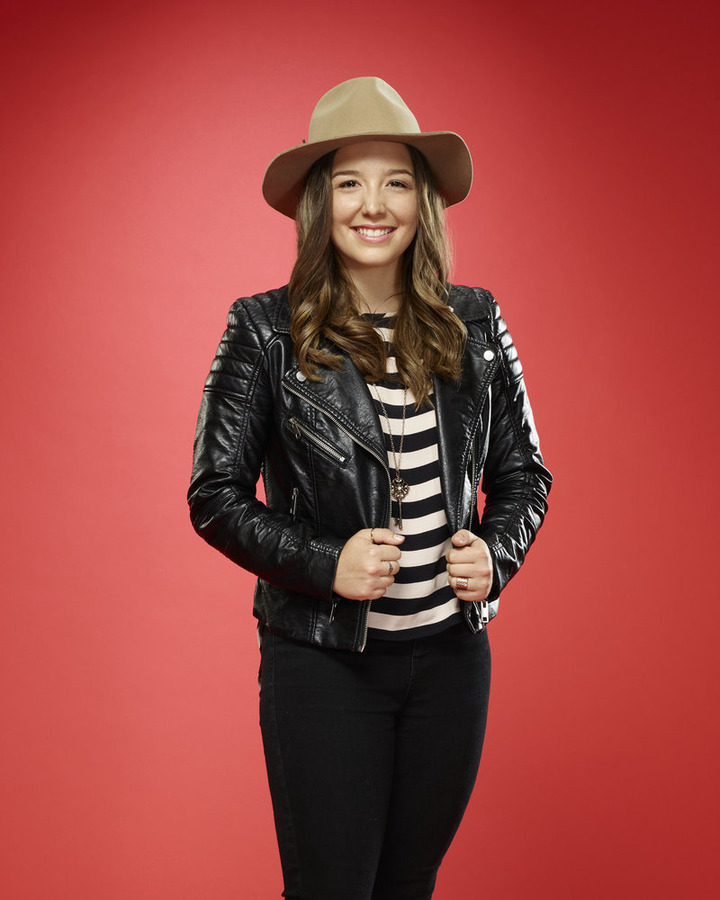 Lyndsey had a similar reaction.

"I, first of all, have just been blown away by the amount of support and love that I've gotten since (the episode aired)," she said. "And it was definitely a risk taking this song and making it kind of a slowed down pop/acoustic/soul version, just because it such a well-known song and it's been all over the radio and it's done so well that it was definitely a risk to take. And I kind of played around with the song and came up with that version and walked in the band rehearsal and hoped that they would take it and they would like it, and they ran with it. And so I was really excited about it.

"But going into that type of situation, you just hope that any of the four coaches turn and that they would recognize the song enough to know what it was, and that they would really enjoy the version. And it looks like it paid off, which was incredible. It was the best risk I could have ever taken, for sure." 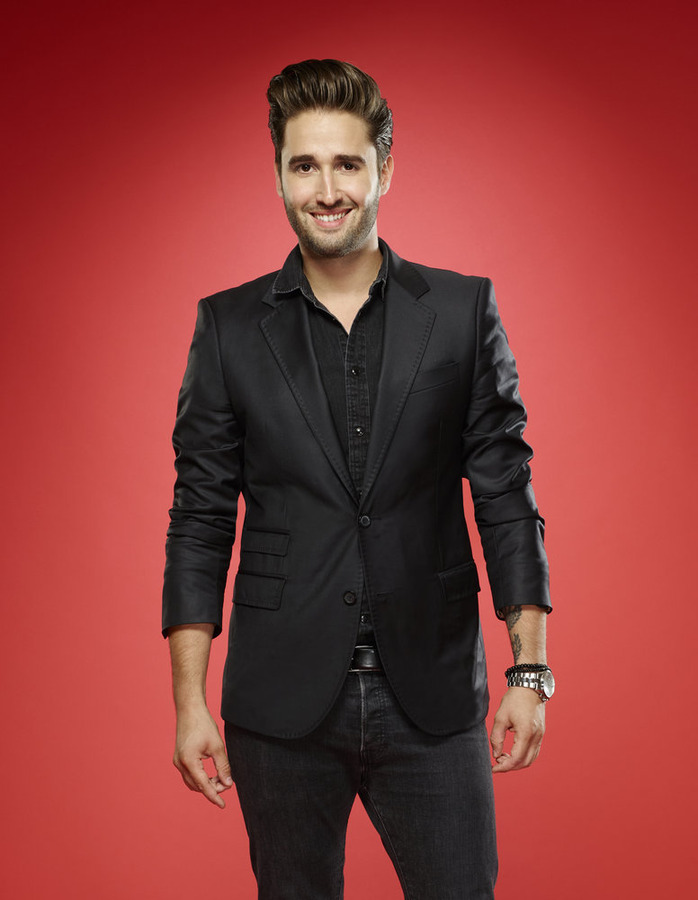 Vicktor Király, 31, of Budapest, who sang "What's Going On"

Having already become a star in Hungary, Vicktor risked his fame - and credibility - by auditioning on "The Voice." What if none of the coaches turned for him? Would he be disgraced? Would he have to change careers - or move again to another country?

Those are questions he won't have to answer, thanks to a winning performance of Marvin Gaye's classic. In fact, all four coaches fought for Vicktor, who received four chair turns and took a spot on Team Adam.

"I think I was more nervous watching the show than actually being on the show. It was incredible," he told BTS Wednesday. "My fingers were shaking. I don't even know why; I mean, like I kind of knew what happened.

"But, for example ... (Tuesday) was the first time I actually heard and understood what Gwen Stefani said to me on stage. So, I was in a total blackout on stage, so I had no idea what she was saying to me. I was just, you know, left out into the blue.

"So it's an incredible feeling, it really is. I mean, it's ridiculous. I mean, you're on stage; you're a singer; you're trying for years to make it; and all of a sudden you're on a stage with four super-megastars really, really, really fighting over for you. And you don't even have a chance to actually comprehend it, because it's so weird and out of this world.

"Did it build my confidence in one way? Yes. In one way, yes; you get four chairs, you get all this positive criticism, it does. But it also builds my wanting to give more. So when I got off the stage, all I was thinking about is, 'How am I going to give more?' 'How am I going to prove that I'm even better than this blind audition?' So it kind of brings out the maximalist in me." 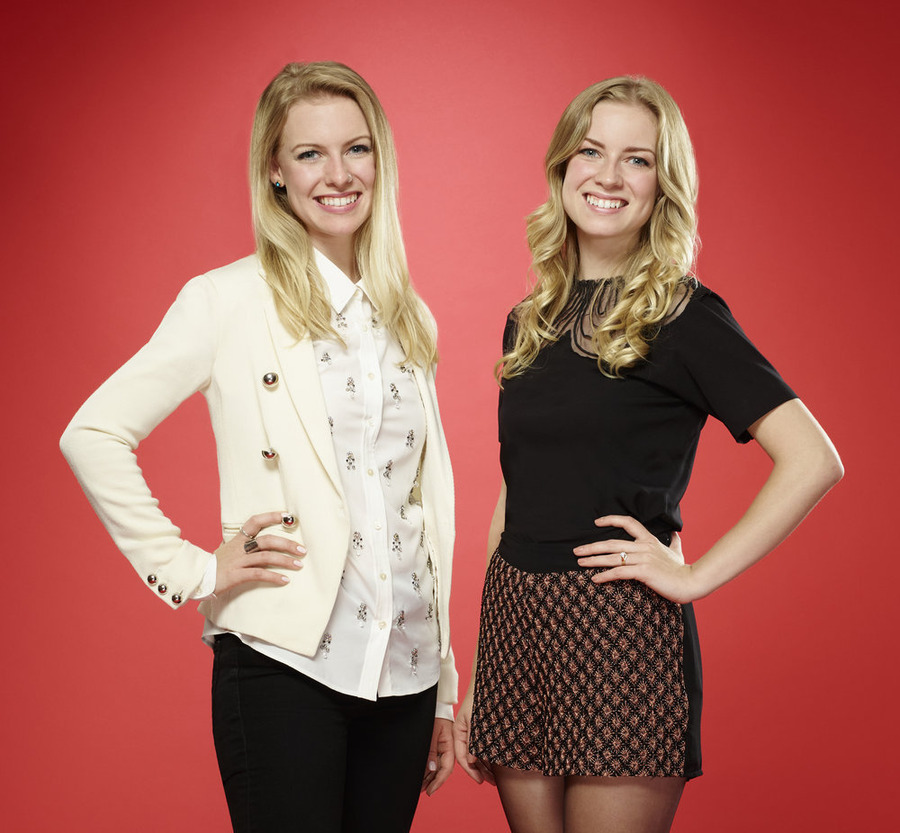 For Wisconsin twins Andi & Alex, the risk was putting off a separation to see if one last giant push would work. The sisters were at the point of getting married, finding other work and starting new lives - in different states - before trying out for "The Voice."

They earned the admiration of all four coaches - who clearly see the duet remaining intact - and a voracious plea from Adam to join his team.

"It was surreal being on stage and having all of them turn around for you," Andi said. "Honestly, it was such an honor for us. I think that was the main thing going through our head was, like, 'Holy crap; these people are so phenomenal,' and it just doesn't even hardly make sense that they would say something so incredible about us.

"Yes, and I know that, like, with us being on stage, I mean, there's so much going through our heads - not only as singers, but then as a duet trying to, you know, remember all your parts and be on pitch and stay together musically," Alex said. "And I know it was such a blur, because of so many things going through your head, but seeing them turnaround is just a whole other feeling - one that's so hard to explain and describe. But like Andi said, just extremely honoring and, I mean, it was just the most surreal experience."

Korin Bukowski, 20, of Miami, who sang "Cecelia and the Satellite"

Korin had been told growing up that she was nothing - and she would amount to even less. She took a risk by auditioning in front of four coaches and millions of viewers. If she failed, would she prove her naysayers were right?

An inspired interpretation of an Andrew McMahon song proved Korin is talented, and swayed Gwen Stefani to spin her chair, thus telling Korin's critics they were wrong.

"It has been indescribable. I'm like - I started, like, shaking, my whole body shaking, because just the response that I have been getting is just so overwhelming, and so I feel so blessed and thankful," she said. "But, yes, just, you know, I had, like, about seven years of nonstop abuse in school and it just, from that point, like from that point to this point, is just - it's almost like a huge weight just lifts off your shoulders. It's just kind of like a 'Finally' moment. And I don't even have words to describe how thankful I feel."

"The Voice" continues Monday and Tuesday at 8 p.m. on NBC. Find the show online at http://www.nbc.com/the-voice.