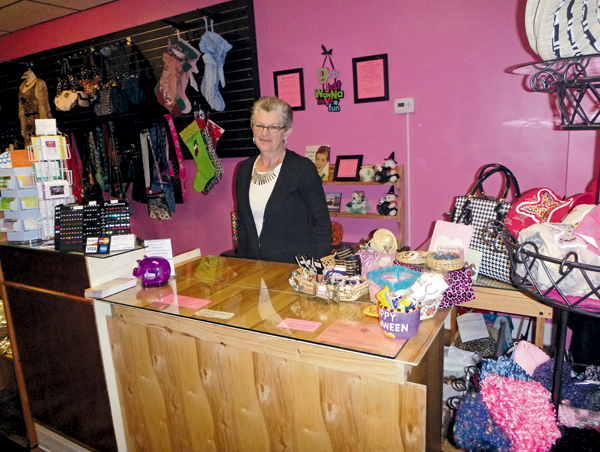 Michele Krienbuhl stands behind the counter at Michele's Motif on Webster Street, North Tonawanda. The store recently opened at the site of the former Hodgepodge Gifts.

Michele Krienbuhl's little boutique has a big history to live up to, but she's up for the challenge.

Owners Kay Learned and Penney Creasey retired, and Krienbuhl said they approached her to see if she was interested in the spot. She had operated Michele's Motif at a storefront on Robinson Street since December 2012.

"Penney came in to the store; she asked if I'd be interested in moving here," Krienbuhl recalled. "I said, 'You know what? Why not?' It's really coming along down here.

"It was time. It was a good starter on Robinson. But it was time."

In the new Michele's Motif, the walls are painted bright pink, and Krienbuhl's husband is putting a changing room into the rear of the shop. She described the shop as a women's boutique that sells, among other things, jewelry, purses, hats, scarfs, apparel and some children's items. Many items are made by Krienbuhl, including her specialty: aprons that range from elegant, lacy ones made from vintage tablecloths to holiday themes and more. (When the Buffalo Bills won this week, she said, there was a run on the Bills-themed aprons.)

Like at the old site, she still donates 25 percent of the proceeds from sales to Roswell Park Cancer Institute through the Ride for Roswell. She raised nearly $12,000 for the cause last year, and about $35,000 in about four years.

"People want to give," Krienbuhl said. "A lot of people, everyone you know is associated with (Roswell) somehow, a friend, a family member ... I know it makes me feel good to give back. I think most people are like that."

Classes in beading and wire wrapping will restart Nov. 1 at the shop. A grand opening with refreshments and sales is set for Oct. 9.

Krienbuhl said the Webster Street community has been very welcoming.

"Everyone's stopped in to say hello," she said. "It's nice to see the storefronts filled. You go through a lot of neighborhoods and it's empty, empty, empty. It's a shame."

The spot right next door to Michele's Motif will soon be home to UnCorked Café, which succeeds the Palette Café and Risa & David's Restaurant.

Michelle Szynkowski of North Tonawanda, one of the owners of the new café, said an opening is planned for October. The restaurant/wine bar will feature paninis, crepes, gourmet coffees, handmade desserts, chocolates and other items

"People are just knocking on the locked door to find out what we're doing. We've seen a terrific response," she said in early September. "We're really excited. We're looking forward to it."

Suzanne Todaro, secretary of the Downtown Merchants Association of North Tonawanda and owner of Gleam & Glimmer Stained Glass Studio on Webster Street, said that it's sad to see Hodgepodge, which she called "an institution," close, but good to have a new, creative business on the street.

Some of the other merchants on the street are going to team up to offer some of the NT- and Tonawandas-related merchandise that used to be sold at Hodgepodge, and a creative "workshop walkabout" is being planned for the spring, Todaro said.

"We have a creative niche here. We're all creative people," she said. "The new blood is good because it gives us a fresh outlook." 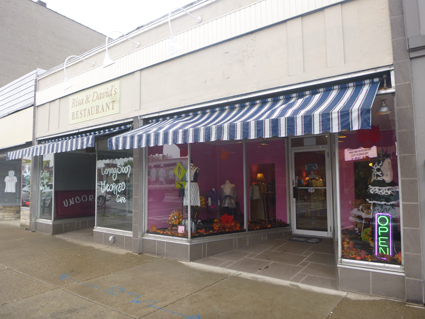 Changes are coming to NT's Webster Street, with Michele's Motif now open in the former Hodgepodge Gifts and UnCorked Café taking over the former Risa & David's Restaurant next door.