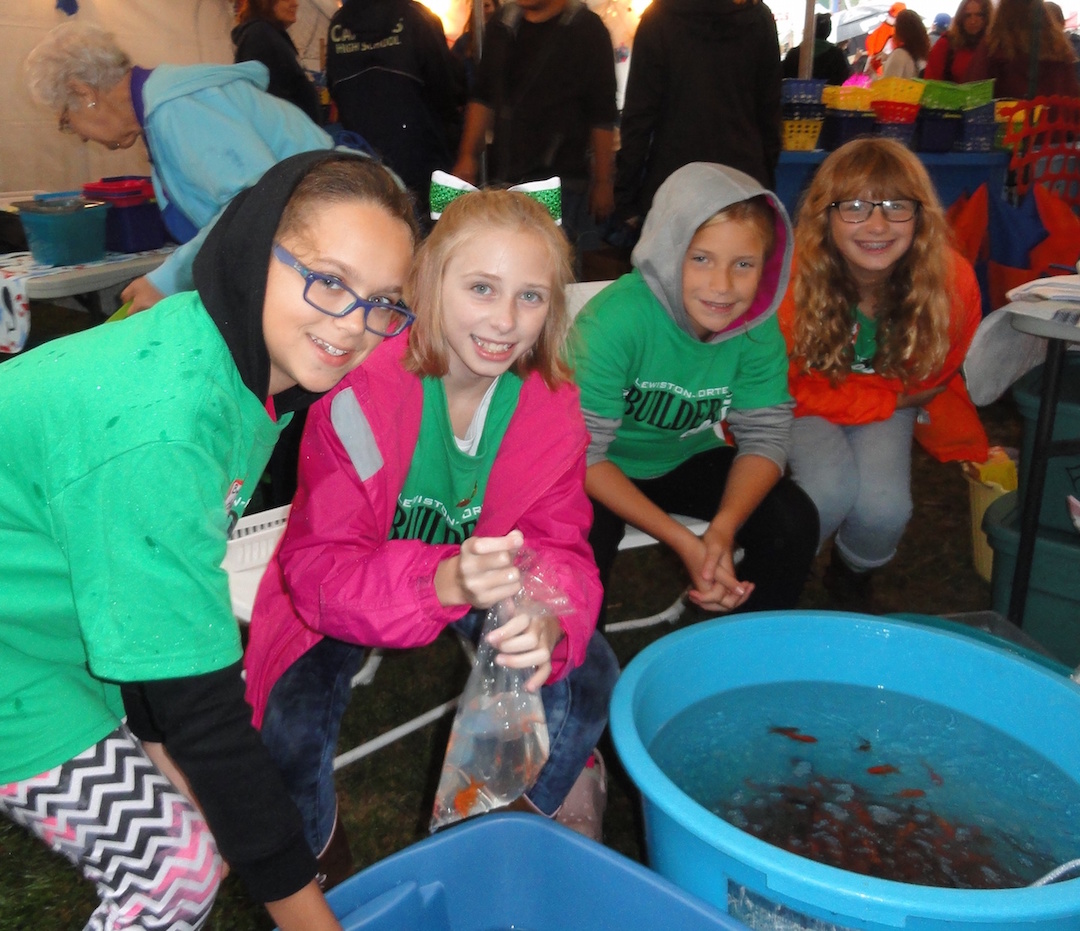 At the recent Peach Festival, it was pouring, but nobody let the rain ruin their fun. There was plenty to do. Things like trying to win fish at the Lewiston Service Guild fishpond booth and getting food at the Kiwanis Peach Festival food tent.

The food was delicious, but not the fish. The fish were pets to take home. Kids from the Lewiston-Porter's Builders Club volunteered at the Lewiston Service Guild fishpond booth and at the Kiwanis Peach Festival food tent.

There, volunteers took orders, got the food from the cooks and brought the food to the customers who had ordered. There were many Builders Club volunteers who had lots of fun helping.

When asked what his favorite part of volunteering was, Builders Club Treasurer Carl Russo said, "My favorite part is being able to help and seeing all the new faces."

Carl also said he would definitely volunteer again next year. I know that I will be back next year for those delicious French fries!

At the Lewiston Service Guild fishpond booth, Builders Club volunteers first helped ready the fish for people to take home. Volunteers caught the fish (they were all in two big buckets), filled bags with water, put the fish in the bags and rubber banded the bags. It was a wet, cold, but fun job.

To win a fish, you had to throw balls into fish bowls. If you got a ball in a fish bowl, you won a fish. Volunteers gave winners their prize and helped pick up the balls that fell on the ground. The volunteers took turns with different jobs.

It's always a great time when you volunteer with Builders Club!