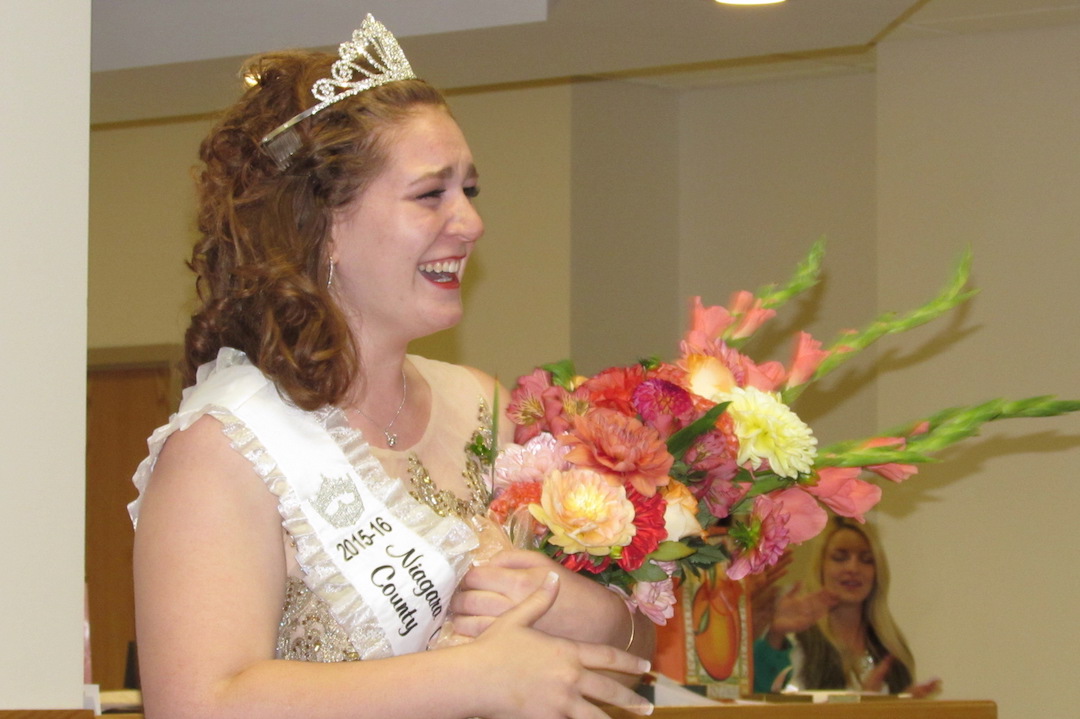 History was made Sunday night, at the end of the 58th annual Niagara County Peach Festival, as Lindsey Clark was named Peach Queen. She will receive a $4,000 college scholarship, courtesy of the Lewiston Kiwanis Club.

Her platform is the Dove Campaign for Real Beauty, which works to promote inner beauty and self-esteem in women. 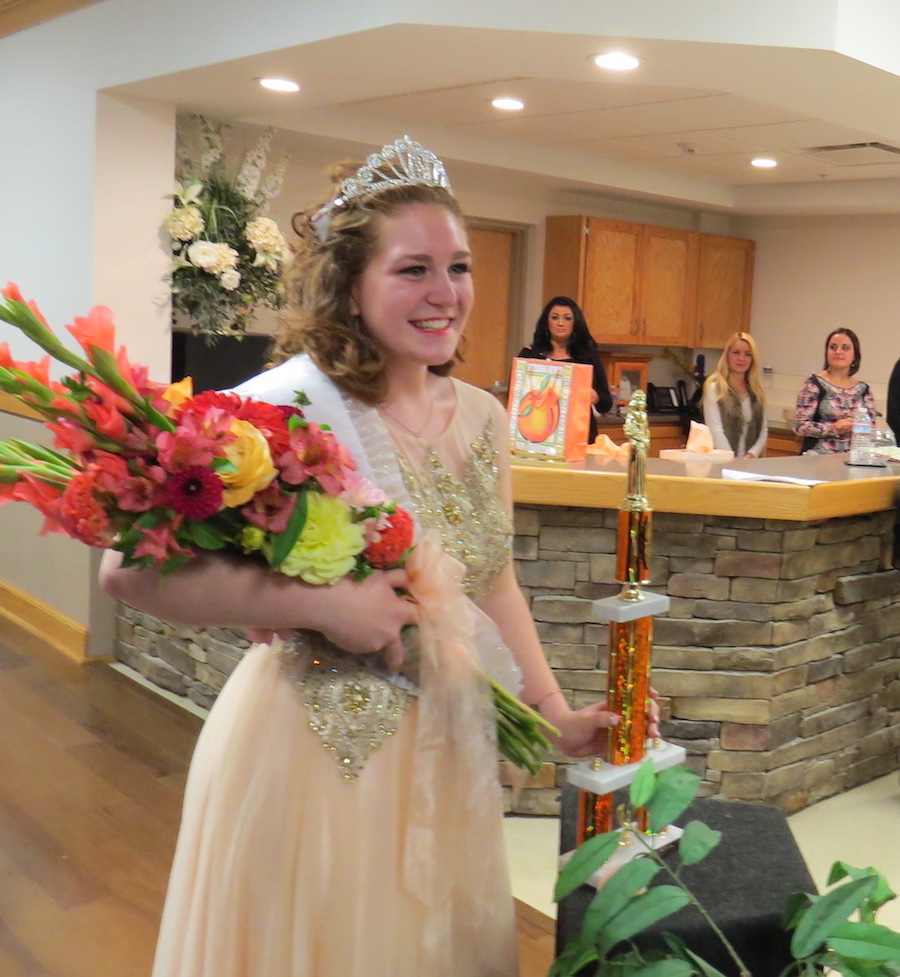 The inaugural "Bright Star Award" went to Mackenzie MacFarlane, 20, of Lockport. This recognition goes to a contestant finishing outside of the top five who embraced the Peach Queen activities, gave maximum effort and pushed herself outside of her comfort zone. The $100 award is funded by former Peach Queen Ali Casale.

Miss Congeniality went to Elyse Wall, 17, of Youngstown. This award is determined by contestant vote. It's given in honor of the late Tara Laurie, a two-time finalist who regularly gave back to the community and loved to be on stage.

Jennifer Pauly coordinated the pageant, which took place inside the Lewiston Volunteer Fire Co. No. 1 firehall due to excessively wet and rainy weather outside at Academy Park. 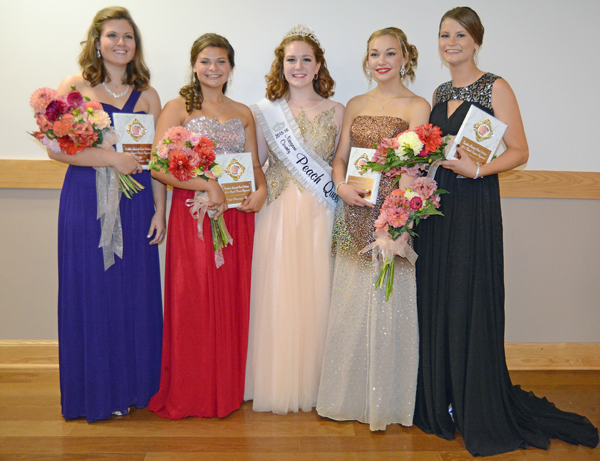 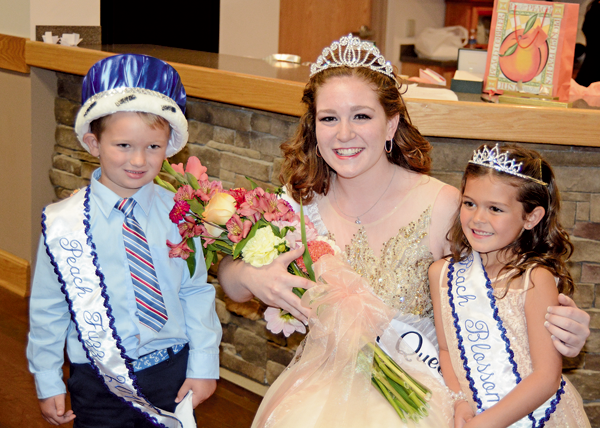 Lindsey Clark was crowned Peach Queen Sunday night. She is shown, at right, with Peach Blossom Julianna Vanderhider, age 6, the daughter of Wayne and Kristy Vanderhider, and Peach Fuzz Jack Thomas Sliwowski, 5, the son of Tony and Meaghan Sliwowski. (Photo by Robin Clark)

Below is a list of all the Peach Queen contestants: 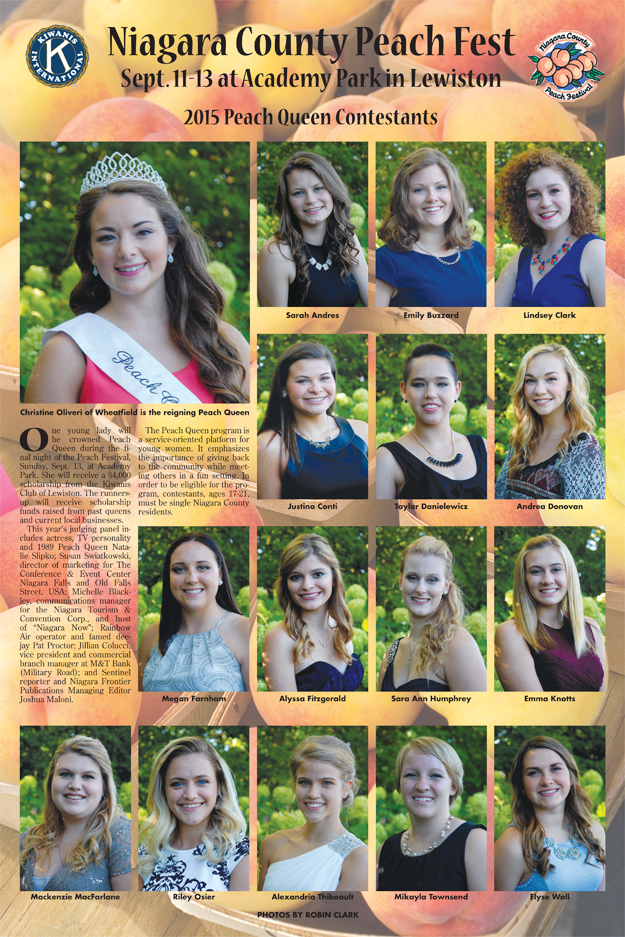