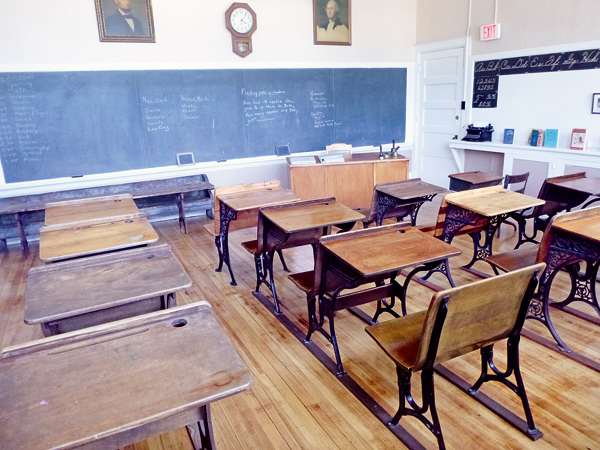 The Town of Porter Historical Society Museum has four rooms (and a few hallways) full of historical and genealogical information, documents and artifacts. The museum is located in Youngstown's Red Brick School. (Photos by Jill Keppeler)

Pieces of the Past: Porter Historical Society Museum

The Town of Porter Historical Society Museum is just four rooms (and their connected hallways), but there's a lot of history packed into those walls.

The museum, located on the second floor of the Red Brick School on Lockport Street in Youngstown, is host to many artifacts and documents about the history of the area, said Anne Brett, museum director, during a recent tour. Its first room holds that wealth of documents, including census information, cemetery records, family files and more.

"Families like to come here; maybe they want to find out more about the house they moved into," Brett said. "Maybe they're back in town for a family reunion and want to do some genealogical research." 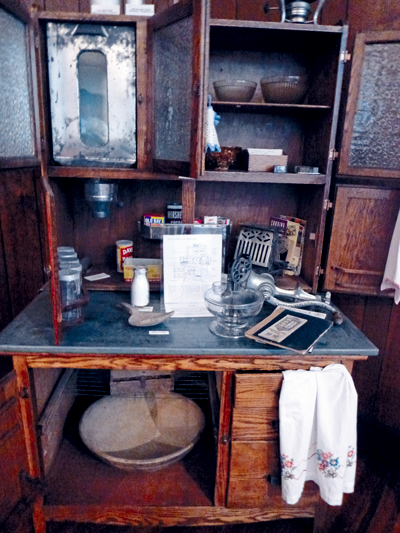 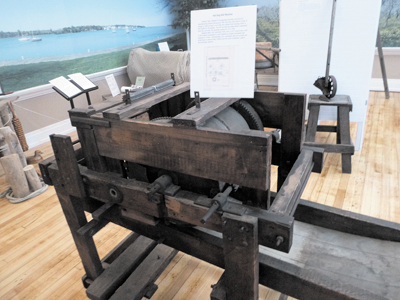 Adjacent is the "indoor room," with its displays of parlor and kitchen furniture. A Victrola phonograph player has proven to be a popular curiosity for children who visit the museum, Brett said.

"We have the fourth-graders tour every year; that's their year to do local history," she said. "We play them an old 78 (rpm disc) on the Victrola. It sounds like a cartoon."

In another corner stands a Hoosier cabinet, a 1920s standalone kitchen cupboard full of nooks and crannies and a built-in flour storage and sifter. It was donated to the museum by the family of Bennetta Kelley of Youngstown.

The "outdoor room" has an emphasis on farming and fishing, the main industries of the area for hundreds of years, with fragile-looking fishing nets and farming implements on display and scenic murals on the walls.

One industry-related curiosity is a hot-dog bun maker, for which the patent was owned by Charles "Ray" Haskell of Youngstown. The large freestanding gadget was found in a barn, Brett said.

"We have yet to figure out exactly how it worked," she said.

The room also holds a homage to the Eldorado Hotel in Youngstown, which opened in 1891 and was demolished in 1939 after a relatively brief, but golden, heyday. The museum owns the hotel's original mailboxes, and a glass case displays room keys, playbills and invitations to balls held there. 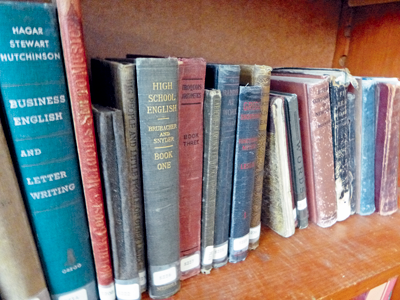 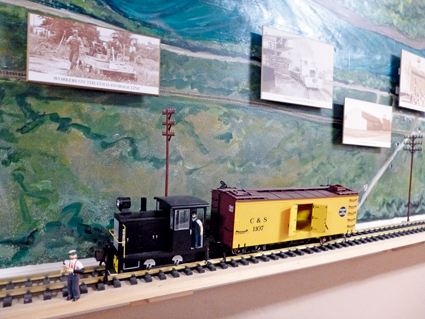 The schoolroom harkens back to the days when the Red Brick School really was a school, with its chalkboard, rows of desks and bookcase filled with old yearbooks and textbooks.

Binders hold old class photographs. The first section of the building was built in 1892, with two sections added later. The last high-school class graduated from the school in 1952, but it took 10 years or so for all classes to move on to other locations, Brett said.

One of the items on display is an original table from the school, a grid scored into its low surface.

"We didn't know what it was," Brett said. "We went online; it's called a kindergarten table. We found this in the basement; they were storing paint cans on it."

The hallways in the museum rooms' area also hold displays, including artifacts and photos from the Lions Club, Native American tools and photos of historic homes and area dignitaries.

A large display, set against a mural painted by advanced-placement art students, documents the history of the railway that ran through the area, ending at Rumsey Park, a trolley park at Fort Niagara — and then, after the line closed, the cold storage train that transported fruit from area farms.

Brett said the museum and all its information is invaluable "so we can continue to teach our stories to our children and keep them alive.

"You have to have a place where you can go find (these stories," she said.

Jean Siddall, curator of the museum, said it holds a wealth of genealogy and local history resources of which residents should be aware.

"A lot of the people in the community don't realize the resources here," she said. 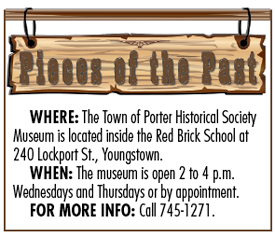 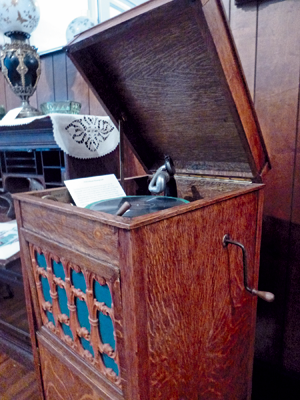