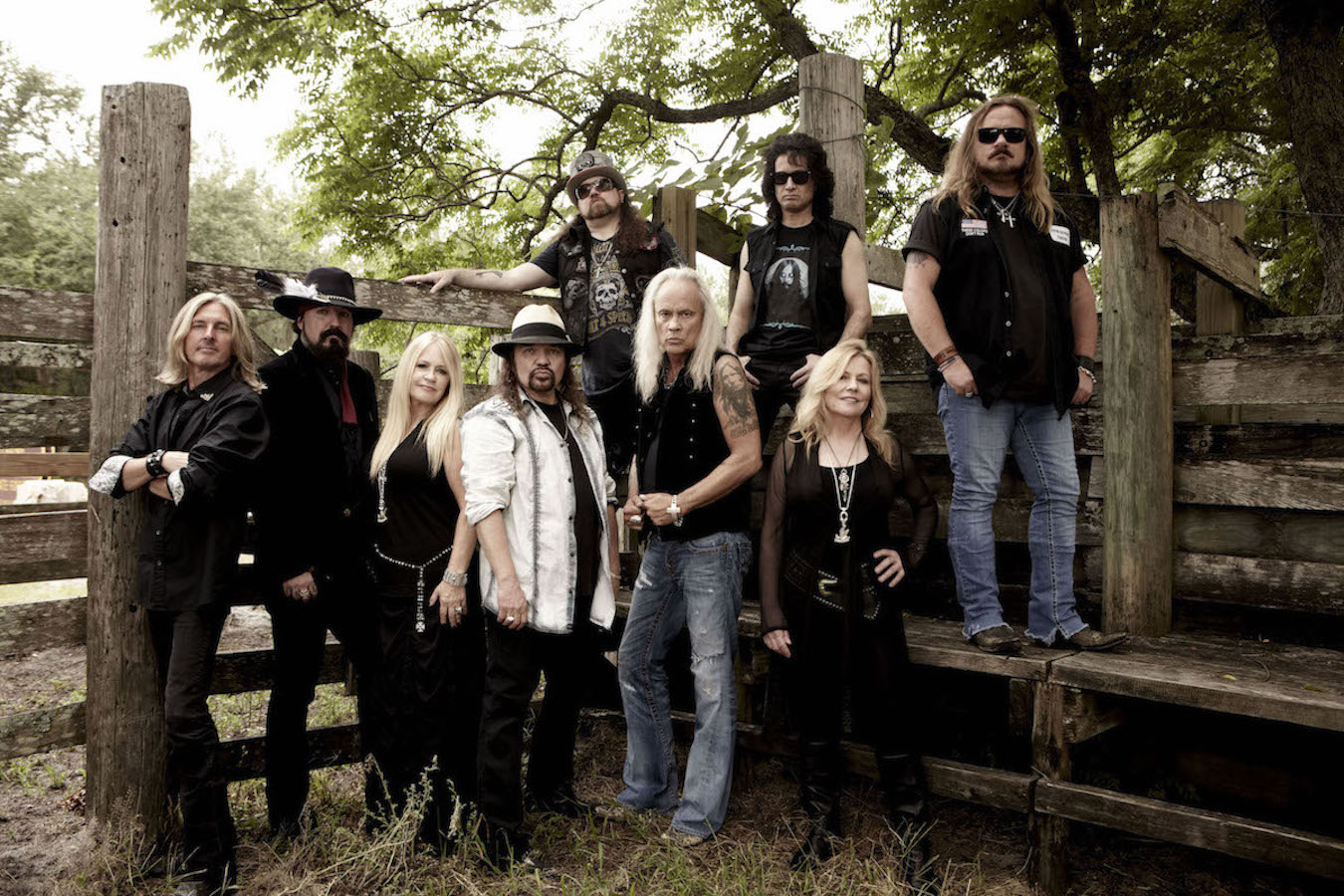 Lynyrd Skynyrd performs Tuesday at Artpark in Lewiston. The show begins at 6:30 p.m. Click for a larger image.

Some folks like to say Lynyrd Skynyrd broke Artpark - but in a good way.

Four years ago, the southern rock band drew a crowd of about 25,000-30,000 at Lewiston's rockin,' rollin' state park. While the band was jamming, the patrons were jam-packed - to the point Artpark & Company decided to renovate and reconfigure the outdoor amphitheater and limit the audience size by enacting a ticket system.

Today, the concert atmosphere is more agreeable - and fans are OK with paying a nominal fee to see their favorite acts up close and personal in a place that nary sees a drop of rain after the headliner takes the stage.

Of course, Lynyrd Skynyrd is still drawing a max crowd at Artpark (now set at 10,000). To consistently sell-out this venue and others around the world is testament to the band's enduring legacy.

"I think it says something about the music and the songs, themselves," guitarist Rickey Medlocke said in a recent phone interview. His band's catalog includes "Sweet Home Alabama," "Simple Man" and "Free Bird." "I believe that Lynyrd Skynyrd music has been heard in so many things - commercials, movies, TV shows, on radio. I don't know, man; I think that goes without saying that it's stood the test of time, and absolutely will be here long after I'm gone."

"And we've been out here a long time playing that music, and making sure that we'll take it to the fans and that everybody has a good time," he added. "We love to see people having fun with the shows and join in the energy with us."

Live on stage, Medlocke and his bandmates aim to please.

"Lynyrd Skynyrd has always just been noted for coming out (with) not a lot of explosive special effects, and all that kind of stuff," he said. "We've always been known to come out with ... a great sound system; great lights; and just play the music - and play a great stage show. That's what we're trying to do to this day.

"And it has worked, because the guys in the band are excellent musicians - real musicians. We actually practice our guitar every day. We're dedicated musicians. I mean, that's all I've been my whole life.

"And what we do is, in the show, we try to pick a real well-rounded set of all the classics and maybe some of the obscure songs. Even from the latest recordings. This year we're doing a song in the set from our 'God & Guns' record: 'Still Unbroken.' And we just try to pick it the best we can, man, and go out, pick the energy up, and make sure the energy level is up and going, and have a great show. 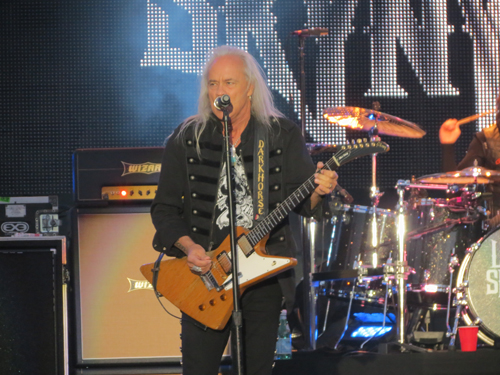 Rickey Medlocke performs at Artpark in 2013.

Forty years ago, Lynyrd Skynyrd embarked upon a campaign to stop the Fox Theatre in Atlanta from being demolished. The band recorded a live album, "One More From The Road," to support the venue. The operation worked, and the theater was saved.

The band recently returned to the Fox Theatre for a special performance, recorded live and released last month.

The double-disc CD/DVD, "One More For The Fans," features Lynyrd Skynyrd paired with top musicians such as Alabama, Cheap Trick and Peter Frampton.

"We decided what might be really cool - the idea came up - to do a celebration, and have all these different artists join in to play their favorite Lynyrd Skynyrd tune or a Lynyrd Skynyrd song. And, boy, the response to it was great, man. We had all these artists that said, 'Yeah, we would love to,' " Medlocke said. "We just found it to be such a great honor, standing on stage at the very end of the night with all these artists that we've been around for years and shared the stage with.

'I mean, myself, personally, here I am standing next to Gregg Allman. It was amazing to me. We've known Gregg for many years. Warren Haynes was standing on my other side, from Gov't Mule. I've known him for many years. Charlie Daniels was right there, as was Trace Adkins - and right on down the line on both sides of us.

"At the end of the night, they all came out and we did 'Sweet Home Alabama,' and everybody got to sing a line.

"And the place was sold-out. People came from all parts of the country - even from overseas - to join in with it. It was quite amazing. We were so happy with it. We just couldn't thank the audience enough for coming out and taking part in it.

"I'm glad now that it's on DVD for people to see, because it was really a special night."

Medlocke has had more than a few special nights in Western New York, as well, performing first with Blackfoot and then with Lynyrd Skynyrd. Moreover, "I've got close ties up there to quite a few Native Americans," he said. "I was inducted into their Hall of Fame - their music hall of fame - in 2006. And I have been to the celebration there a couple times."

"I know I like that region," Medlocke said. "I like playing that region up there. The fans are great and we always look forward to coming up there."

Lynyrd Skynyrd returns to Artpark Aug. 18 to headline "Tuesday in the Park." Tickets are available at the venue, 450 S. Fourth St., and online at www.artpark.net.

Lynyrd Skynyrd performs Tuesday at Artpark in Lewiston. The show begins at 6:30 p.m.

Keep up with Lynyrd Skynyrd: 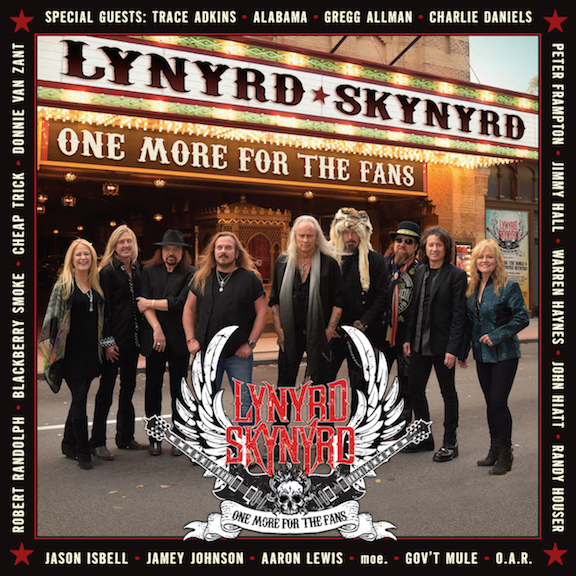