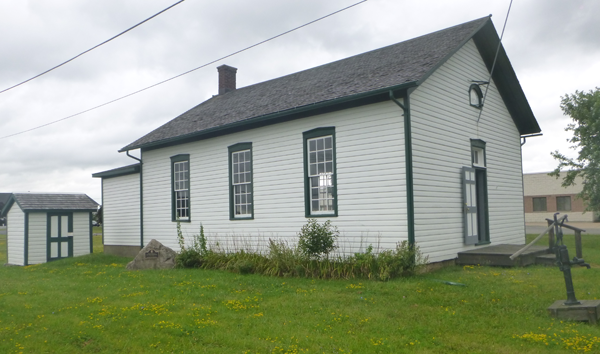 Niagara School No. 2, at the corner of Lockport and Tuscarora roads, is operated as a museum by the Town of Niagara Historical Society. Children attended the one-room schoolhouse from 1878 to 1956. (Photo by Jill Keppeler)

Pieces of the Past: Niagara School No. 2 Museum

For 78 years, children in the Town of Niagara trotted dutifully (or not so dutifully) off to class at the little one-room schoolhouse at the corner of Lockport and Tuscarora roads.

Today, people are still educated in the building ... but now, they're as likely to be adults as children, and what they learn is the history of the school itself ... and the town in which it stands.

"This is very much the way the school looked" back when it was actually a school, said Barbara Naradowski, president of the Town of Niagara Historical Society, which runs the Niagara School No. 2 as a museum. "These are the original floors and walls."

The schoolhouse was built in 1878 on land donated by Augustus Kroening. It is actually the second school on the site; the first was built in 1842. When the Niagara-Wheatfield school district was created in 1956, the building was shuttered and used for storage for decades ... until the historical society purchased it in 1980 and opened it as a museum in 1984. The building is on the National Register of Historic Places.

Slates, readers and a few lunchboxes sit on desks that, while not original to the building, are very similar to what would have been there, said curator Joanne Shemik, Naradowski's sister. The original cloakroom still has marks on the walls from hooks, and the original schoolhouse clock hangs on the wall. Out back, the school even has its original outhouse, although the small building spent time as a chicken coop and playhouse before being returned to the site and restored, then restored again after a car nearly destroyed it in a 2008 accident.

In 2006, the society made a documentary about the school -- "Potatoes in Their Pockets: The Story of a One-Room School in Niagara County, NY." It was named for the warm potatoes children would carry to class, both to keep their hands warm and, once they'd finished baking in the school's stove, to eat for lunch, Shemik said.

Naradowski said society members did a lot of canvassing for former students and found quite a few people who'd attended class there over nearly eight decades.

"If you think about it, this school didn't close until 1956," she said. "We have a broad spectrum of students who attended here."

"They're very proud they attended a one-room schoolhouse," Shemik added. 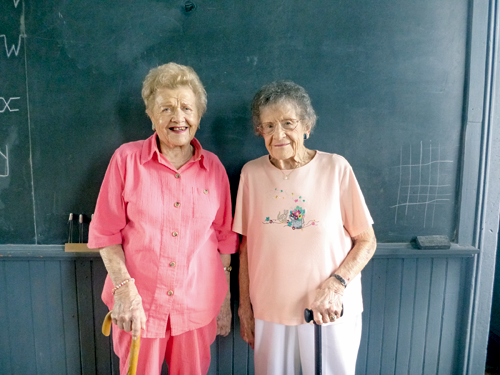 Lillian DuBois and Edna Walck of the Town of Niagara attended Niagara School No. 2, now a museum, when they were children. (Photo by Jill Keppeler)

Among those proud students are sisters Edna Walck, 92, and Lillian DuBois, 95, who attended the school as children and still live nearby all these years later. They visited the museum recently to share memories of their years there.

Walck recalled stepping up to the platform near the front of the classroom and doing recitations - some of which she can still recite today. Still, she said, while she enjoyed seeing her friends at school, she wasn't a fan of the classwork.

DuBois, however, said she enjoyed history and geography ... "everything."

One teacher taught students from first to eighth grades at the school, for which the sisters' father, Adolph DeVantier, was a trustee. He was also the local blacksmith, and photos of him at work (while a young Glenn DuBois, one of Lillian's sons, watches) are on display at the back of the building, along with other photos and a glass case displaying household items of the time, including a candle mold, flatirons and other gadgets. (The society also has a display case in Town Hall.)

Walck and DuBois spent much of their recent visit trading memories back and forth. ... Mittens drying by the school's stove, hearing their father's anvil during classes, sweeping the school building - which Walck did because she wanted badly to earn money for a bicycle.

Lillian recalled the beginning of the school day.

While both have memories of what they learned in the building, they also remember the sort of antics to which any elementary student could relate.

"What did they put in there?" DuBois asked Walck, motioning toward a nearby corner as both smiled. "A skunk under the sink?"

That particularly pungent prank was the work of their younger brother, Bert, now deceased.

"They had a bell up there and you rang it when it was time for school," said Walck, pointing to the cloakroom. She added that sometimes the bell would be "mysteriously" broken. " ... and he'd sit up there for half a day, 'fixing' it."

DuBois also remembers, vividly, what her classmates most loved to bring for lunch.

"I can still smell it," she said with a sigh. "Every lunchbox smelled like smoked sausage."

Naradowski said it's the memories from former students like the sisters that make the museum a living piece of history.

"History comes alive when you listen to their stories," she said. "They're true stories from people who lived it."

The historical society also runs a small lending library out of a large black mailbox out back of the schoolhouse. People are invited to borrow a book at any time and return it when finished, Naradowski said. The library has books for all ages, many related to the history of the area.

"We want to encourage reading by parents, grandparents, kids," she said. "There are no cards to sign, no obligations at all. You can just take a book, and when you finish reading it, you put it back for someone else to enjoy." 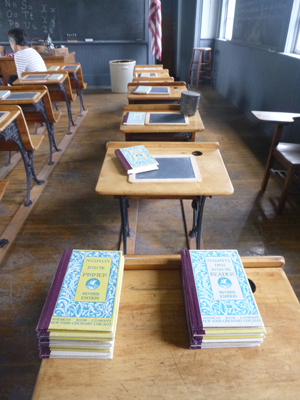 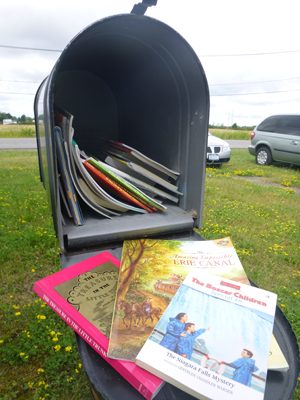 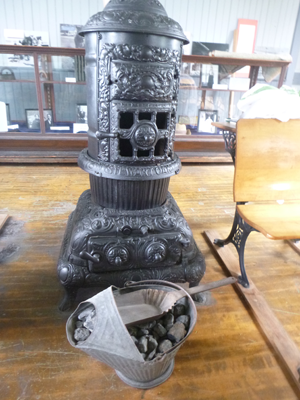 The Town of Niagara Historical Society also runs a small lending library out of a large black mailbox out back of the schoolhouse. People are invited to borrow a book at any time and return it when finished.
(Photos by Jill Keppeler) 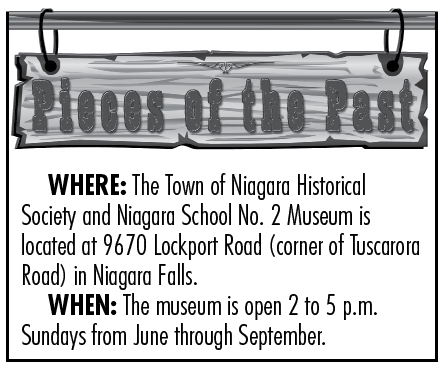