Interview: Walter Trout is back with newfound passion for playing

"The symptoms of what I had came on slowly," Trout said in a recent phone interview. "I didn't know I had a liver disease. I knew back some years ago that a lot of things kept going wrong, physically, with me, and I didn't know what it was until I got diagnosed with hepatitis C and realized that a lot of the problems I was having were coming from one place."

On June 15, 2015, Tout returned to the stage, performing (of all places) at Royal Albert Hall in London, performing at the Lead Belly Fest.

"It was incredible, man. And I was pretty apprehensive." 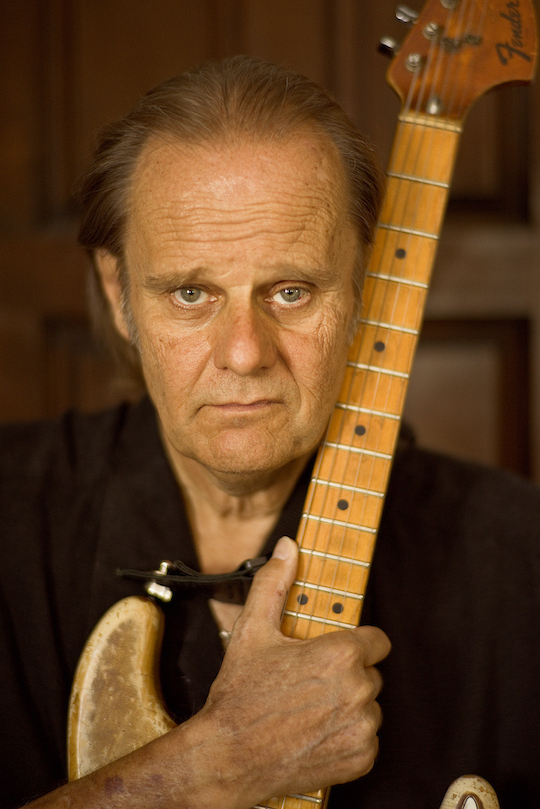 Trout said he wasn't sure how the first night back would be, but "I went out there and I felt right at home."

"It's a very imposing venue," he said. "As a matter of fact, I shared a dressing room with Eric Burdon. We were talking, and he told me that he's played there, like, 20 times and he hates it. He says the room takes over. You can never be as big as this room.

"I went out there and I felt right at home. I didn't have to put up with the room. It was really imposing until I got out there on stage, and then I felt like, 'Hey, I'm home.'

"That was my first time on stage in almost two years," he noted. "It was pretty incredible."

Trout hadn't planned to make his comeback in such a grand fashion.

"They called me a couple months ago and said, you know, 'We're doing this festival, and we got Van Morrison, and we got all these other people, and we would like you to come be on the festival.' And I thought about it, and I was like, 'Well, if I'm going to make a comeback here, that's quite a way to make a comeback - that place,' " he said. "It's not like playing at the corner pub."

These days, "I'm feeling really good," Trout said. "I'm feeling great, actually. I think I'm feeling better than I have in a long time, to be honest."

"I'm excited and really happy to get back to doing what I do," Trout said. "It's something I just love deeply, and it's something that's given me more joy in the last 45 years than I can express."

Prior to beginning the tour, Trout did an impromptu test run at a local spot in Orange County, California. He set out to play 90 minutes, though he would've accepted 45.

"We started playing and we were just ripping," Trout said. "And my son, who was keeping time - I thought we'd been up there for maybe 45 minutes; I was having so much fun. And my son came up and said, 'Dad, you've already been up here for 90 minutes.'

"We ended up playing for over two hours. I didn't fall down; I didn't sit down. I was just having a ball."

Trout said his live show has improved thanks, in part, to a new addition - Johnny Griparic - who has performed with Slash, Carole King, Steve Winwood and Branford Marsalis.

"I think we're killing it right now," Trout said. "I have a new bass player, who is incredible, and he has taken my band, musically, to whole new places."

"The guy can play anything," he added.

Of course, the past few years have impacted Trout's musicianship, too.

"I'm finding I play a little differently," he said. "I feel like when I'm playing ... that I can put more into it. It's much more emotional to me, because I certainly don't take it for granted anymore. I realize how lucky and blessed I am to be able to still do this."

When he was preparing for surgery and wrapping his brain around recovery, Trout wasn't sure he'd ever play again.

"To have it back is so joyous," he said. "It means so much that I'm finding I can put a little more passion and emotion into each note."

Trout's journey is chronicled in a project he's created.

"What I have done is I have written and recorded a concept album, documenting what I went through - my wife and I," Trout said. "And the whole thing is about that. All the songs - it tells the story of what we went through, and it really is a concept album about it.

"There's some pretty kind of dark, sort of depressing lyrics on there; there's some joyous ones; and there's ones about, 'OK, I've made it and I'm going to move on.'

"The opening song is called 'Almost Gone,' and that's when nobody thought I was going to survive. And I would look in my wife's eyes and I could see her sadness. And the first song says, 'I see it in your eyes. We both know I'm almost gone.'

"And then the last song on the album is a conversation with God, asking me why he has kept me here - what is the message I'm getting; what am I supposed to do - because I've been given this chance. And I think in the song I finally get the answer."

"It's from no hope to making it and staying alive, and details the whole thing," he added.

Trout will share more with his Niagara Falls audience next week.

For tickets or more information about Walter Trout's upcoming show, visit http://senecaniagaracasino.com/entertainment. Keep up with the bluesman online at www.waltertrout.com. 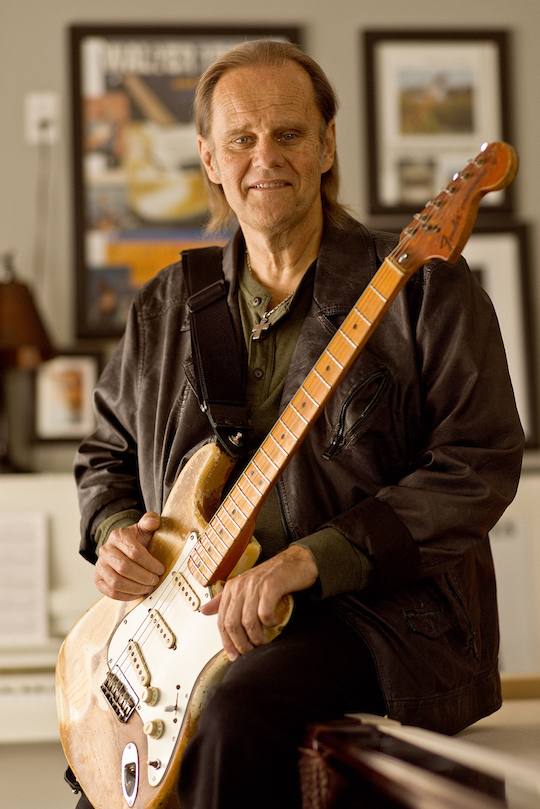