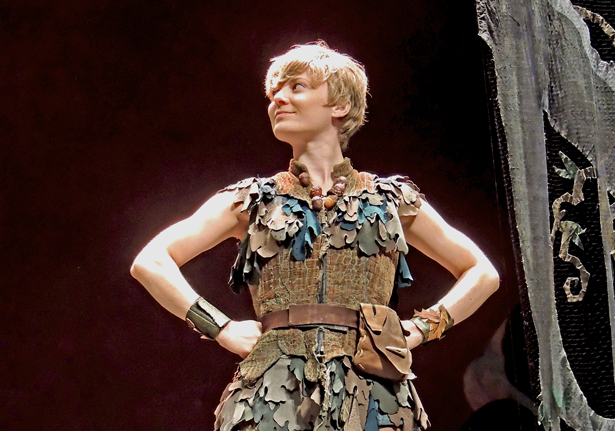 Forget the shadow: Peter Pan would be lost without Hayley Podschun

But that hardly mattered to the children attending opening night.

They opted to overlook such psychology to focus on something else - something better: Peter Pan flying onto the stage in a shower of pixie dust.

Indeed, such high-flying moments - children would call them magical - set this show apart from other theater productions.

Technically speaking, these scenes would not be possible without a harness, extensive rigging and a crackerjack backstage team. But, really, Peter Pan would be flatfooted and feeble without Hayley Podschun's energetic swinging from the rafters.

In fact, the actress is pretty spot-on across the board, flawlessly nailing her singing, dancing, acting and flying.

For the junior theatergoers Thursday, Podschun was the sun, the moon and the stars. 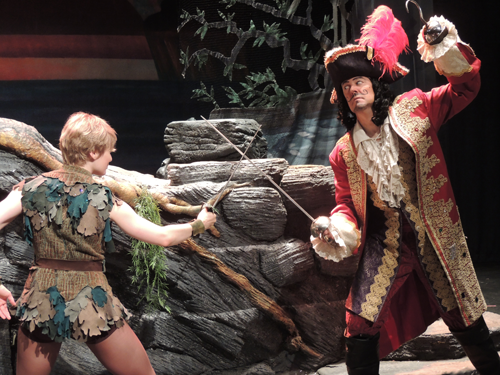 In both roles, he draws the largest laughs in the show, albeit for different reasons.

As the Darling patriarch, he is firm but caring, showing love to his wife and children while comically fighting for attention with the family dog/nurse/protector, Nana.

Bolton, as the villainous Captain Hook, is brilliant when stepping out of the story to engage the audience. His comments are candid and his "Really, this is happening?"-type remarks are a welcome conversation with those who might not believe in Neverland.

Children will appreciate the visual goofiness while parents take note of Hook - hell-bent on besting the boy - spontaneously interrupting his crusade to break into song.

The character Peter Pan has a dual nature. He is both boy and boss. This is reflective of Artpark & Company's pattern of productions, alternating in past years between the meatier, more commanding "Sound of Music" (2013) and "Mary Poppins" (2014) and the more playful "Cinderella" (2012) and "Peter Pan."

The latter offer fewer life lessons, but, to be fair, are presently structured (and widely recognized) as Disney entertainment.

"Peter Pan" also doesn't leave a lot of room for the supporting cast members to shine individually, though they clearly fuel the show collectively.

Credit Kramer, choreographer Lynne Kurdziel Formato and fight director Paschal Frisina III for involving each member of the large cast. Though not as memorable as the leads, no one was filler or without a reason to be on stage.

Aesthetically, the "Cathy Rigby set," as it's been called, is a hit. Its history is significant to Podschun, who adores Rigby and couldn't wait to use her "Peter Pan" pieces. Its design, meanwhile, served as a backdrop opening night for many family selfies. 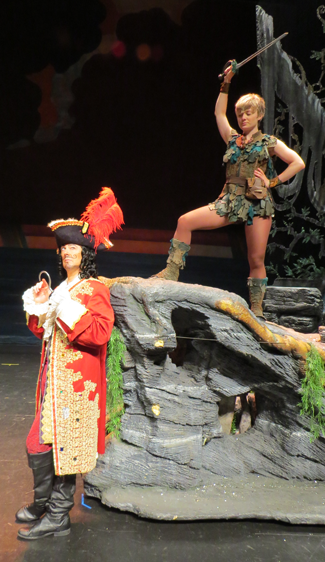 Ultimately, it comes down to Peter Pan and Captain Hook, and what audiences want from a lad who never grows old and a man with one hand and a fear of crocodiles.

Ticketholders will undoubtedly enter the Mainstage Theater with some frame of reference for Peter Pan and Captain Hook, be it old-school Mary Martin, the animated characters, a goofy Robin Williams tangling with a zany Dustin Hoffman in "Hook" or the modern-day versions on "Once Upon a Time." But, after watching Podschun and Bolton, they will leave with a brand-new imagining of these characters.

Podschun proves her worth in an opening scene where she bursts into the Darling children's bedroom window and mischievously causes an uproar. As she rolls around the floor, snickers and longs to take her new friends on a journey, you see the audience agreeing, "This is Peter Pan."

Bolton looks and sounds like an over-the-top pirate who, like Peter Pan, had no parental guidance and leads others with charisma more than ability. His sarcasm and wit are a welcome foil to the hero's naivety.

Plain and simple, the two actors have redefined these iconic roles and made Artpark & Company President George Osborne's final act as executive producer a hit. 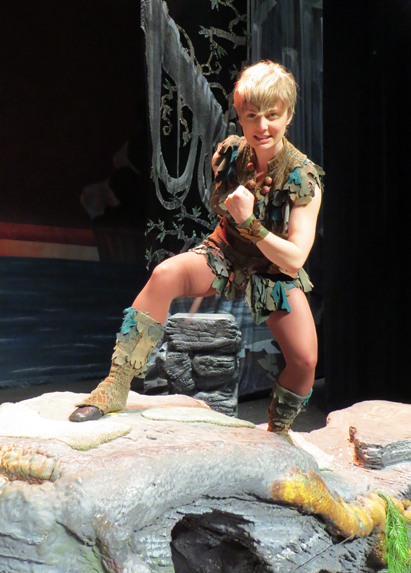 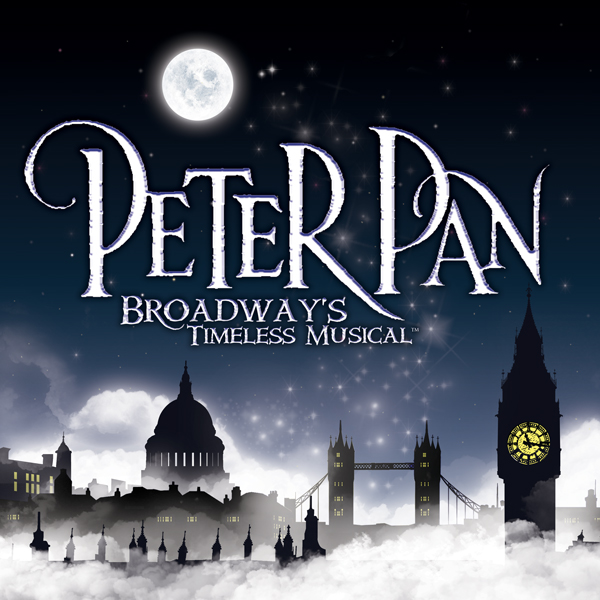 "Peter Pan" continues through Aug. 7. For more information, or for tickets, visit www.artpark.net.

Following the opening night performance of "Peter Pan" on Thursday, current cast members and past performers took time to say "Thank you" to Artpark & Company President George Osborne, the man largely responsible for the theater program's resurgence. He is stepping down following this summer season. 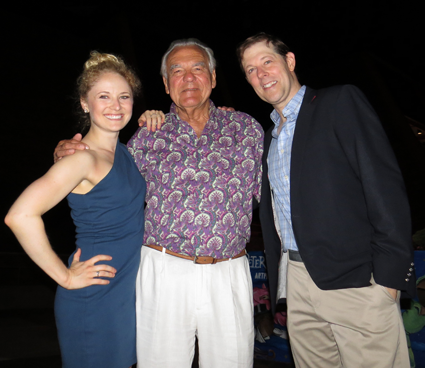 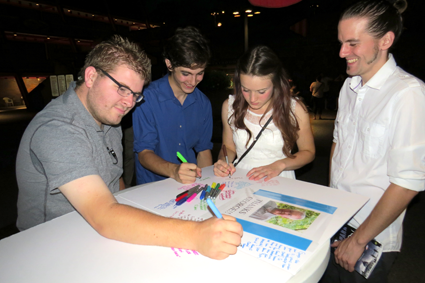