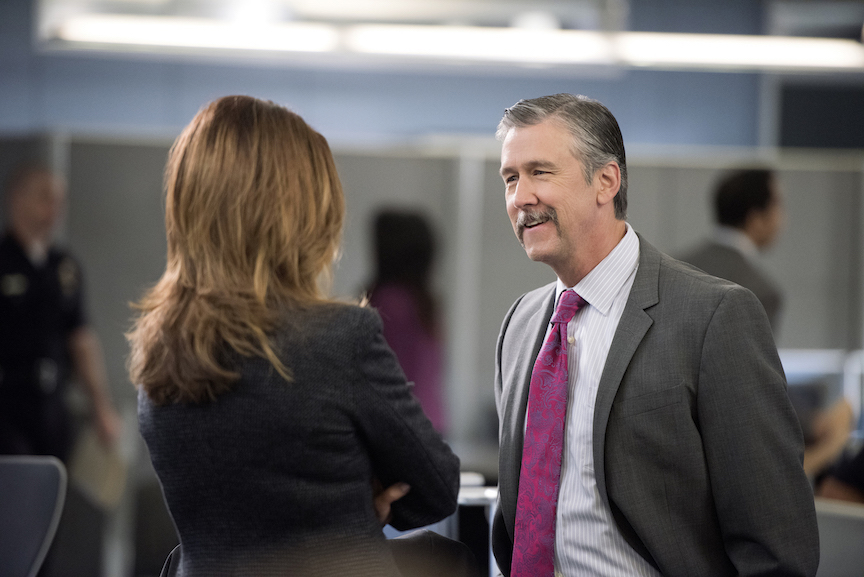 You know that guy - the smarmy one who gets in the way of the lead character's progress? The bureaucrat who thwarts the heroes? The character who, at the last minute, delays the storyline payoff?

You hate that guy!

But Alan Ruck, well, he wants to be that guy.

"It's the best," the actor said Friday.

Why? Because "It's just much more fun to play somebody who's just got an agenda and they don't care. That creates a lot of friction and that's interesting. That makes for an interesting story," he said.

Ruck will guest star on Monday's "Major Crimes." His character is both ingratiating and obstructive. He's just generally unpleasant - and the complete opposite of the roles Ruck booked when he first appeared on film.

"Early in my career ... I did one western in my life. And I wasn't the guy that, like, rode into town and shot everybody, you know? I was the sensitive, sad guy. No fun. It's no fun," he said. "So I did some of that early on. Nervous guys; neurotic guys; whatever. ... It's fun to be part of the engine that drives the story instead of somebody that's just going along for the ride."

In other words, Ruck was looking for something a little less Cameron Frye - the nervous, neurotic guy along for the ride in "Ferris Bueller's Day Off" - his most well-known role.

He found such an opportunity on "Major Crimes."

"I play this hot dog FBI agent named Jerry Shea," Ruck said. "You get the feeling that Jerry's driving ambition is he wants to retire from the bureau and become sort of an expert ex-FBI agent that gets called into news programs and news magazine shows. He wants to be on television in the worst way. He's writing a book. He's written a novel based on a murder investigation that's ongoing.

"He has aspirations above and beyond law enforcement. He wants to be a celebrity, is what it is. He's egocentric; I don't know if he's egomaniacal. It's all about Jerry. It's Jerry's world, and you're all just living in it." 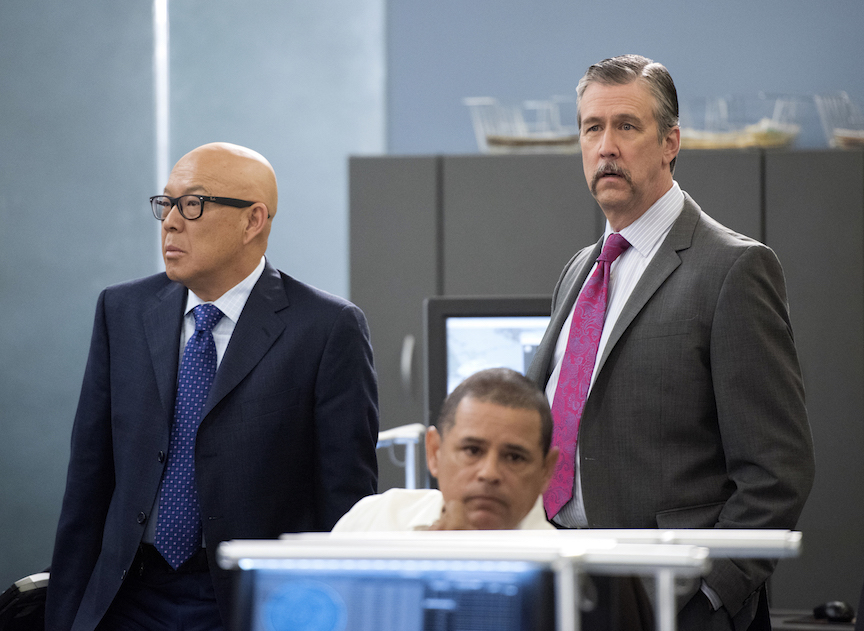 Ruck said he was excited to work with some familiar faces.

"Besides the part being really good in this episode - so it was just a pleasure to do - the director is a guy that I did a play with almost 28 years ago," he said. "Paul McCrane and I did a production of 'Moonchildren' in New York when my eldest daughter was born. As soon as I read that, that was happy. That was a good energy.

"Of course, the star of the show is Mary McDonnell. She and I did a play together in Chicago in 1983.

"I went in and I read. Paul gave me some adjustments; had me do it a couple of different ways. They called up and said, 'Yeah, they'd like you to do it.' Then it was just kind of like a family reunion.

"And I met all these great new people. Tony Denison I'd met around town, but I'd never worked with him. And I got to meet the whole cast. It's just a real good bunch of people."

Though Ruck has been a working actor for four decades, appearing in "Twister," "Speed," "Spin City," "Greek," "Bunheads" and "The Whispers," he still gets asked about his role in the iconic 1986 film.

"People would say, 'Hey, it's the Ferris Bueller guy!' I'd just be like, 'Oh, man, I'm a one-trick pony, and everybody's seen the trick. I wish I'd never done that movie,' " he said. "Now, I'm really pleased that I was a part of something that so many people have enjoyed."

While the movie will officially mark its third decade next year, some have begun the celebration early.

"It's funny; it'll be 30 years ago this September that we started to film it. (But) somebody had decided in the press that it was already the 30th anniversary," Ruck said.

Blame Ferris. It was his trip to Wrigley Field that prematurely aged the film.

"Somebody decided that the day of the movie ... (was) in 1985," Ruck said. "And they figured that out from the baseball game - who was playing the Cubs that day."

Here's more on the episode:

"Hostage to Fortune": New information prompts the re-opening of an old kidnapping investigation, forcing Capt. Raydor and her Major Crimes Division into partnership with a potentially corrupt FBI agent. Rusty has a major breakthrough in his investigation on Alice Herrera, but discovers he and T.J. are possibly not the friends he thought they were.