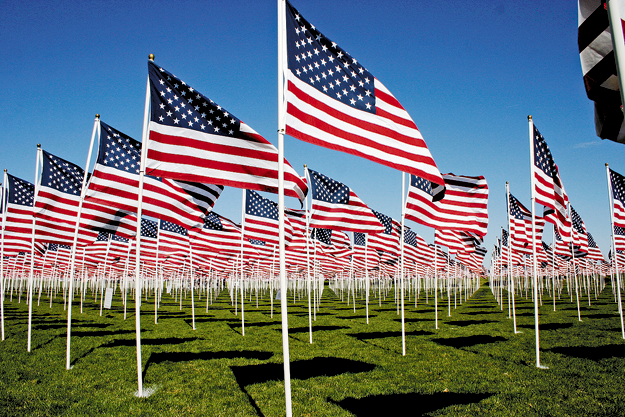 In September 2016, a sea of red, white and blue will grace North Tonawanda's Gratwick Riverside Park - a symbol of patriotism, a symbol of service and, most of all, a symbol of healing.

Western New York's first planned Healing Field is set for Sept. 9 to 11, 2016, at the park as part of a combined project of the Sunrise Exchange Club and the Exchange Club of the Tonawandas. The clubs obtained support recently from the City of North Tonawanda for the event, which will feature a field of 3,000 U.S. flags - each dedicated to a local veteran and a victim of the Sept. 11, 2001, terrorist attacks - as well as tributes to veterans and other honors.

"It seems like it's really taken on a life of its own, a lot of excitement, a lot of anticipation," said Ron Sciandra, president of the Erie-Niagara Sunrise Exchange Club and chairman of the event. "Western New York being very patriotic and having a lot of veterans in the area ... I thought it would be great to bring this program to Western New York."

The National Exchange Club partners with the Colonial Flag Foundation, a nonprofit organization that helps groups throughout the country set up Healing Fields.

The phenomenon started in September 2002, when Paul Swenson, president of Colonial Flag in Sandy, Utah, set up a flag display to demonstrate the "sheer enormity" of the loss of human life in the Sept. 11 attacks, according to the foundation website. The reaction was so profound that he started the foundation in 2003 for civil organizations to raise awareness (and funds) through the visual display of American flags. Nearly 400 Healing Field displays have been organized since that first event.

Sawn Swenson, program director of the Colonial Flag Foundation and sister of Paul Swenson, said the original display was simply intended as a memorial and a tribute.

"It went up basically in a week, put together by friends and family and volunteers. ... We weren't sure if anyone would show up," she said, adding that it drew "50,000 to 60,000 people and lines and lines of cars."

As the story spread, people contacted Colonial Flag and wanted to set up displays of their own. The foundation was started as a way to maintain the integrity of that symbol, Swenson said.

"It was kind of a symbol of hope and unity together and we wanted to maintain that integrity ... we're been helping service organizations across the country ever since," she said.

The Healing Field will be the first in Western New York. Sciandra said it's being organized by a board composed of members of the two Exchange clubs and other community members. Organizers will be seeking more volunteers and sponsors for the event.

Plans call for 3,000 3- by 5-foot U.S. flags at the site, each flying on an 8-foot-high flagpole. Those who wish to sponsor a flag for $25 can take the flags and poles home after the service Sept. 11, 2016. Bigger sponsorships are also available.

The North Tonawanda Common Council lent its support to the event during a recent meeting, as well as resources to help with security, emergency vehicle displays, trash receptacles and lighting.

Bob Pecararo, an alderman-at-large on the North Tonawanda Common Council and a retired member of the U.S. Air Force, also serves on the Healing Field committee. He abstained from the (otherwise unanimous) vote.

"I'm really excited about it. It gives us an opportunity to promote patriotism, which today you don't see a lot of," he said, citing a decreased turnout at the Memorial Day parade. "It's also to stir a sense of civic duty. Overall, though, we want to honor those who chose service over self."

Profits from the event will go to local veterans organizations, Pecararo said. The committee hopes to get those groups involved, as well as the North Tonawanda Board of Education.

"We have a lot of time to prepare the population and get people excited about it," he said.

"That'll make it a great overall tribute to all those we're trying to honor."

For more information, email Sciandra at [email protected], call him at 716-316-0141 or visit www.healingfield.org. 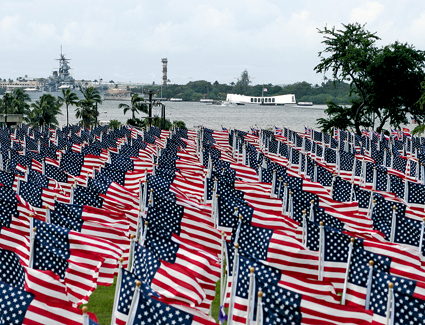