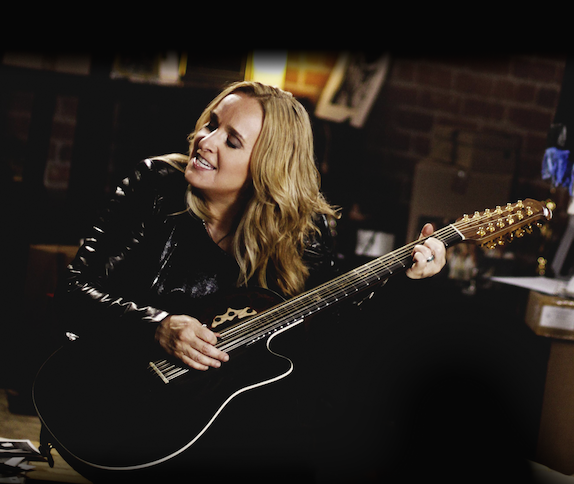 On Tuesday, Artpark welcomes a powerful double-bill with Melissa Etheridge and Blondie. The two have been alternating opening and closing each performance; in Lewiston, Etheridge is the closer.

Melissa Etheridge burst onto the music scene in 1988 with her platinum-selling eponymous debut album, which featured the Grammy-nominated song "Bring Me Some Water." Unlike so many artists who suffered from a sophomore jinx, Etheridge's output through 1999 included three more platinum or better and one gold-selling album.

Etheridge's most popular release to date is her 1993 album "Yes I Am," which included "I'm the Only One" and "Come to My Window." The follow-up, "Your Little Secret," included three more hits: the title track, "Nowhere to Go," and "I Want To Come Over," a track she discussed during a recent interview.

" 'I Want To Come Over' is probably one of my favorite songs to perform live," Etheridge said. "People everywhere love to hear that song. It captures an emotion that is very personal to me and I find that many people relate to it and enjoy the ride as I perform it.

"I wrote that song on the bus, on tour, and I don't remember where I was, but I wanted the verse to be about that forbidden desire and something you cannot have - that very American feeling (laughs)."

Her latest studio album, released late last year, is titled "This Is M.E.," and is the first on her own record label, ME Records. The cover is a mosaic of fan-submitted pictures.

Etheridge has been nominated for 15 Grammy Awards, winning twice, and was the recipient of an Academy Award for her song "I Need to wake Up" from the 2007 film "An Inconvenient Truth."

In addition to her music career, Etheridge is an activist and cancer survivor. Shortly after the Supreme Court's historic ruling on marriage equality, an extensive essay written by Etheridge titled "Hate Doesn't Win Over Love," appeared in Billboard and other publications. It detailed the Supreme Court ruling that made gay marriage legal in all 50 states.

When asked to share any additional thoughts, Etheridge said, "This journey about marriage equality has been a long time coming, and finally the Supreme Court decision came. It is something that those of us that have been working for marriage equality knew would be decided this way. It was not going to be an executive order; it had to come from our highest court.

"I was always very positive that the Supreme Court would see the Constitution as being set up by our forefathers for issues that they could not even imagine, like this one. The Constitution provides for safe equality for everyone, and it is a wonderful experience feeling the whole world celebrating for us."

Opening for Etheridge is the pioneering new wave band and Rock and Roll Hall of fame inductee Blondie.

"Blondie was huge for me," Etheridge said. " When I first heard 'Heart of Glass,' it was a change into that new wave of music, and they were the first group to bring us into the 1980s. They introduced rap to mainstream radio with 'Rapture,' which was a simplified version of rap that was a reflection of what was happening in New York City."

While their musical styles differ significantly, both artists are pioneers in popular music. It should make for an excellent night of music.