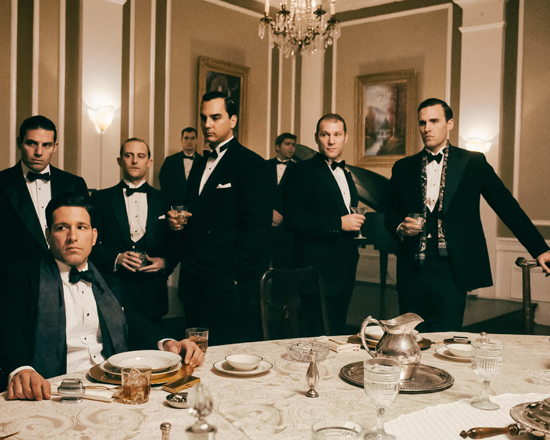 When parents tell children, "You can grow up to be whatever you want," they really mean, "Pick one thing and stick with it."

The New York native is a chef, an Olympic-caliber snowboarder, an author, a pilot and a lawyer.

"I like to be able to get my hands into different things," he said in a recent phone interview.

While Graff could've picked one of these careers, he was compelled to do something else.

"I had wanted to pursue acting ever since I was little," he said.

He worked with acting coaches, started landing jobs, "And now I'm actually starting to have a little success," Graff said.

Some might think this new career path - performing - is easier than diving down a hill, slaving over a hot stove or trying to sway a jury, but Graff said, "It's the hardest, because it's what I love to do. And there's so much at risk for me, because I have such high expectations for myself that I can't accept failure.

"Being someone that came into the business without knowing anyone, to have all that against you, the failures - the roles that I was not able to book early on - getting over those struggles and getting over that disappointment and being able to move on and to kind of motivate yourself, that's been the hardest thing."

Now, with key roles in two big projects, Graff said, "You kind of look back on (the journey) and say, 'You know what? I did that, and I was able to get through that.' "

Graff is starring alongside Heather Graham in soon-to-be-released "My Dead Boyfriend." He called the "Austin Powers" and "License to Drive" actress "beautiful," "awesome" and "open to my ideas."

"He's an actor; so you would think that being an actor and now being a director he would be kind of like a micromanager, but he totally wasn't," Graff said. "He was very serious about what he was doing, because it's his first film. There's a lot riding on it. (But) when it came down to it, and when the camera was on, he let the actors do what they do best. And he had total faith in everyone. And I think that's what's going to make the film a success, actually, is that he was totally kind of creative in that sense."

Starting Monday, June 15, Graff can be seen as Charles "Lucky" Luciano in the AMC miniseries "The Making of the Mob: New York." "Goodfellas" star Ray Liotta narrates the eight-part docu-drama.

Graff auditioned for a small role. And then another. And then a third.

"Finally, the fourth time they called me in, they said, 'OK, the director loves you,' " Graff said. " 'We love you. And we're interested in you for the lead role. So, all you have to do is come in. We're going to put brown contacts in your eyes; we're going to dye your hair black; we're going to put you in a suit to make you look like 'Lucky' Luciano; and then we're going to send the photos into the network, and if they approve you, you're in.'

"And so I went in, and I booked it, and got really happy." 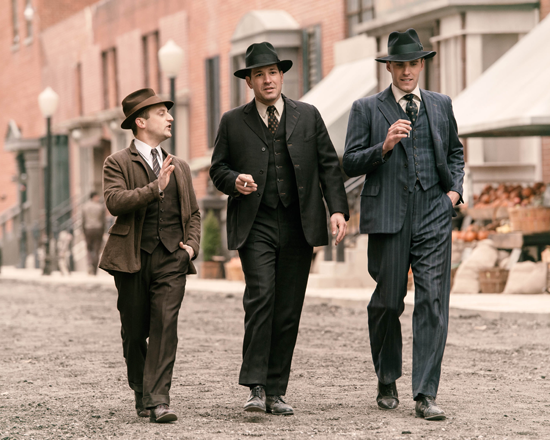 This project has special significance for Graff, who grew up in Howard Beach alongside Peter Gotti - John Gotti's son.

While that relationship was beneficial, Graff said, "My upbringing from my parents taught me to stay away from that kind of lifestyle, because I saw firsthand - from a very early age - I had friends whose older brothers were there one day and gone the next. That was the accepted way of doing things. I learned from a very early age that you don't survive in that lifestyle."

Graff has seen the mob up close and personal, and he's watched the mob on screen, and he said art does not imitate life.

"The one thing that I'm going to tell you now about this show ("Making of the Mob"), it does not utilize any of the clichés that a lot of these mob shows - a lot of these miniseries - are doing now," Graff said. "It doesn't have these ... gangsters that are putting on a show. It's their real lives.

"This is all information that was researched - that really kind of mirrored their whole lives. So anything that you see on the show is not bottled up and kind of given out for mass consumption. This is something that is really, really kind of historically relevant, and actually very, very poignant. Because you get a sense of their personal life. Not only what they do, but the reasons behind why they do it."

"Making of the Mob" centers on the families and the men who brought the mafia to life in America at the turn of the 20th century. It airs Mondays at 10 p.m. on AMC.

Graff is on Facebook and Instagram. His fans can learn more about his upcoming projects on his IMDb page. 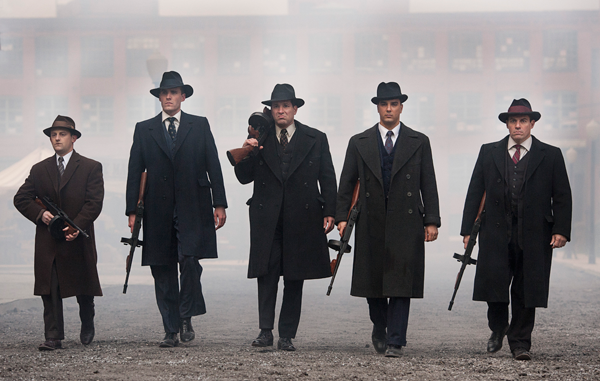