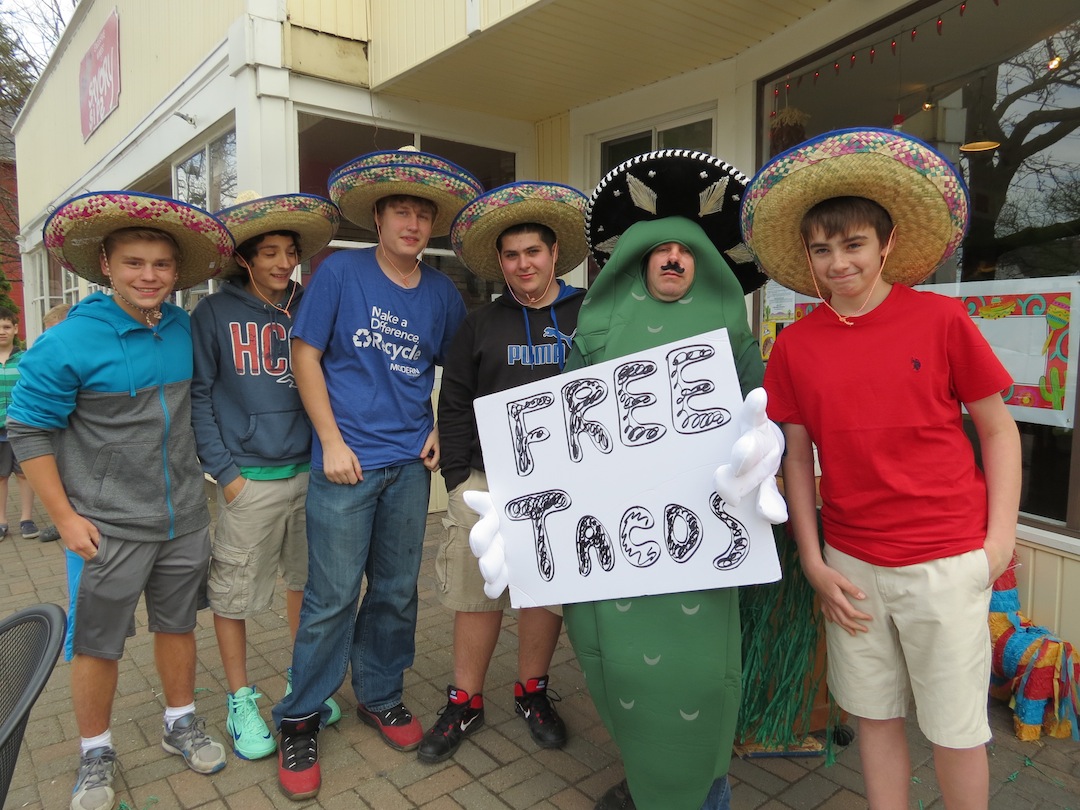 Kids hacking away at a piñata.

Adults trying to eat a giant "NOOCH" in record time.

And someone's winning a TV, to boot?

Owner Aaron Rotella's customer appreciation initiative begins with free taco samples from 2 until 5 p.m. At 5:30 p.m., children can take a whack at a papier-mâché doll for a chance to win candy and other goodies.

At 6 p.m., Rotella will host an eating contest wherein a prize will be awarded to the person who finishes the "NOOCH" the fastest. The 14-inch burrito comes with two different meats, rice and plenty of toppings. About 10 people attempted the feat last year.

Following the eating contest, Rotella will announce the TV winner.

From now through May 5, customers upgrading a taco or burrito to a combo (adding chips and a drink) will receive entry into a raffle for the television. To date, many already have entered to win.

Those visiting the Lewiston eatery on Cinco de Mayo also will receive a raffle ticket.

"It was good," he said of his first year in business. "We've got a lot of regular, loyal customers, which is good."

For years, tacos topped the culinary wish list of many Lewiston residents.

"They are very excited," Rotella said of customer reaction to his offerings. "They seem to be satisfied with the product that we put out, and the prices, which are less expensive than the other competitors."

Diners often come from above the hill, too.

"We actually get a lot of people from the Falls - a lot of the police officers," Rotella said. "People actually are traveling to come down, which is good."

In addition to tacos, burritos, soups and salads, The Spicey Pickle has become known for its offbeat specials (think pasta burrito or a burrito filled with stuffed peppers or Doritos).

"We just change it up - keep people interested in something different and new," Rotella said. "We only have so many different (regular) choices, so you've got to keep it lively, you know?"

"People seem to enjoy it," he added.

Those wanting to plan for a particular burrito concoction can visit The Spicey Pickle's Facebook page, www.facebook.com/TheSpiceyPickle.

The Spicey Pickle is located at 463 Center St., Lewiston. 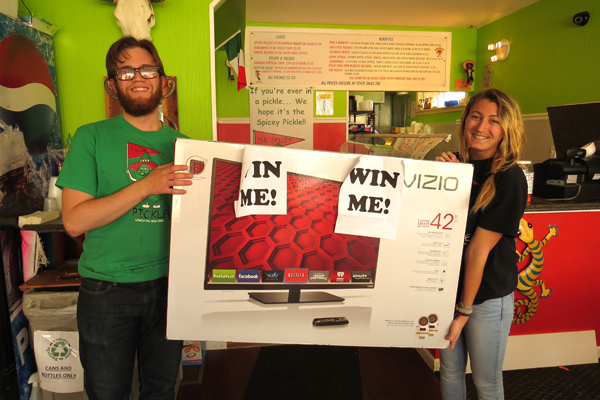