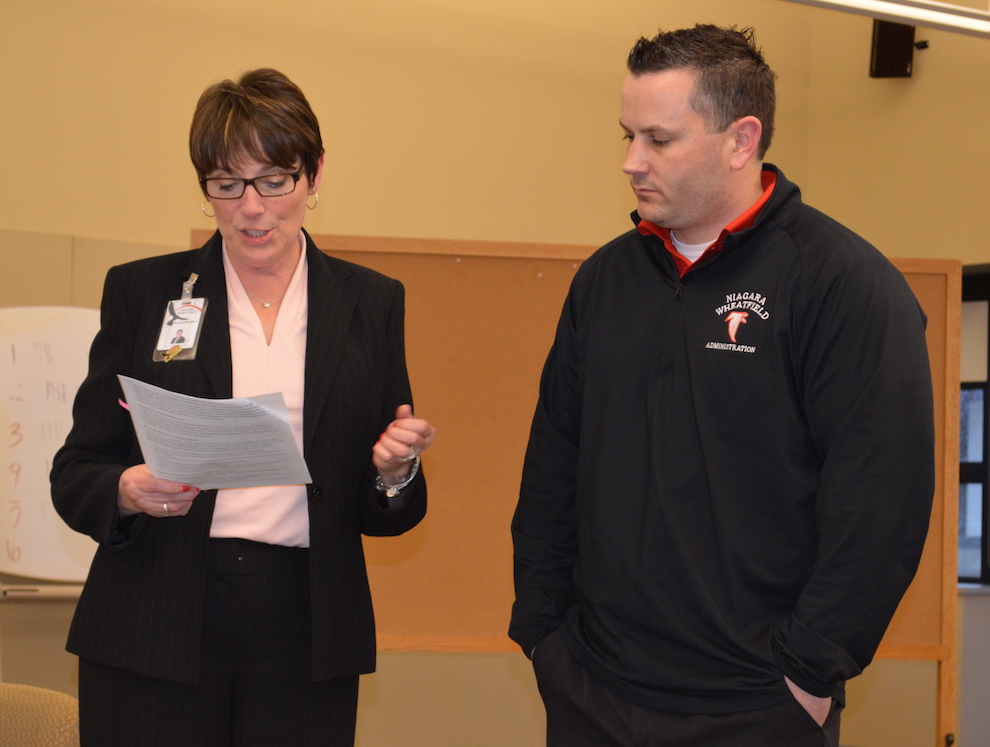 Despite an increased state education budget, the Niagara-Wheatfield Central School District will need to seek out additional money to fully fund its 2015-16 budget.

The information was revealed at last Wednesday's Board of Education meeting, where Superintendent Lynn Fusco gave an updated budget report.

Although initial reports of a $1.84 million increase in state aid for the district showed a significant increase in funding, about $1.6 million of that aid was from the partial restoration of the Gap Elimination Adjustment. Another $174,000 was from expense-driven aid. In terms of actual foundation aid from the state, the district received only $73,145.

"We are still not being fully funded in foundation aid as a school district," Fusco said. She later said foundation aid had been frozen since 2008, adding, "That $73,000 is nothing compared to what we need to survive."

The total budget is about $66.5 million, a 3 percent increase over last year's. The property tax increase is capped at 2.2 percent.

Fusco gave the board five options to cover the $1.4 million shortage. The first, reducing expenditures, as was done last year by eliminating extracurriculars, was met with vocal opposition from the board.

"I don't even want to look at No. 1 (reducing expenditures)," board member Darren Sneed said. "We've been looking at No. 1 every year for a long time. I think the people out there, us up here, should just have one year without the kids stressing."

The other options were to appropriate surplus from the 2014-15 budget, use available Greenway funds, use available Host Community funds or use a combination of all of the methods. The board agreed to Fusco's recommendation to use the last option, with the exception of reducing expenditures.

"We need to be extremely careful because ... these things are not for forever, but that's why they are available to us, for these emergency kinds of situations," Fusco said. "But I caution that they can't be the only answer for forever, because that's how we got into this situation in the first place ­- using up all of our reserves, using up all the money that we had, to plug holes. And then we went under water."

Board member Gina Terbot added another option she wanted the board and the public to pursue: continued lobbying in Albany to improve state education. Fusco agreed, saying, despite the planned restoration of the GEA, lobbying was still needed to increase foundation aid.

The budget must be adopted by April 20. Fusco was confident the board could pass the budget on time and with the $1.4 million gap filled by using a combination of funding methods.

"Believe me, I wouldn't be standing here in public saying that we can do this if we hadn't run this six ways to Sunday to find out that we could," she said.

"I just want to put it on record, too, that it's an award you get for yourself, but it's not an award that I deserve solely, and I'll tell you why: because our school is a very unique place at Colonial Village," Smilinich said. "My teachers, my staff, my students and my parents are the ones who deserve this award, so God bless you guys and thank you for that."

•During privilege of the floor, the microphone was lowered for a younger speaker than usual. Hayden Geibel, a fourth-grader at Errick Road Elementary School, read a letter she sent to Gov. Andrew Cuomo about using standardized testing to evaluate teachers.

"My teacher, Mrs. (Brooke) Harris, is one of the best teachers I've ever had. I don't need a test to show you that," Hayden read. "She cares about our education. She does fun things with my class to help us learn. She even takes us outside to plant a garden. She doesn't need to do this, and New York state tests can't show that."

Hayden also brought up the stress the tests cause students, particularly when the questions are not age-appropriate - for example, she mentioned her second-grade sister was asked about Shakespeare and Latin in a state test. She also spoke about the way children may feel responsible for their teacher's success or failure.

"The New York state tests put a lot of pressure on kids and some of them can't handle it. Knowing that their teacher might get in trouble based on some of what they do is a little scary to them," Hayden said. "These New York state tests aren't right and they need to stop. We should be using the money we spend on them to reduce our class sizes or things that will help us learn better. Then we'll be happier and get a better education."

Her letter was met with applause from both the board and audience.

•Later, Board President Steven Sabo brought up a resolution against testing for discussion, particularly its use in evaluating teachers. It said the district would do everything in its power within the scope of the law to de-emphasize standardized testing "in such a way that minimizes disruption and maximizes education." It said those standards would be enforced until evidence shows the effectiveness of Common Core.

The board tabled the resolution to be modified and brought up again at the next meeting. 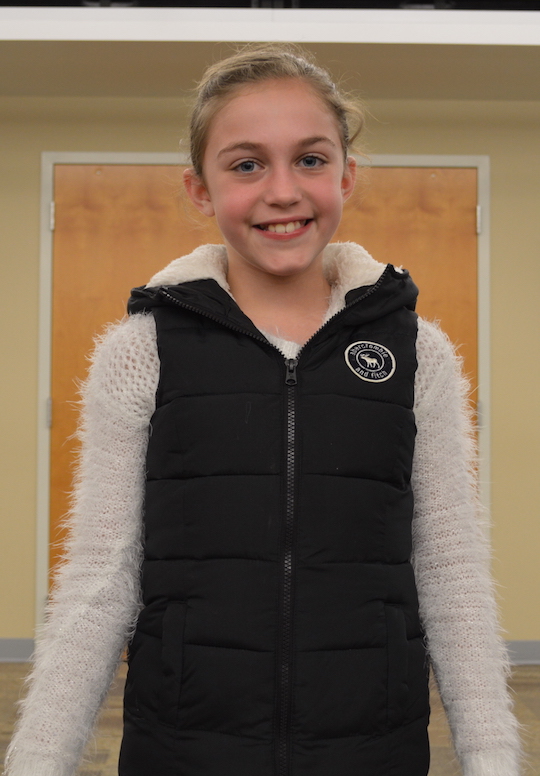 Hayden Geibel, a fourth-grader at Errick Road Elementary, read the School Board a letter she wrote to Gov. Andrew Cuomo about testing and teacher evaluations.