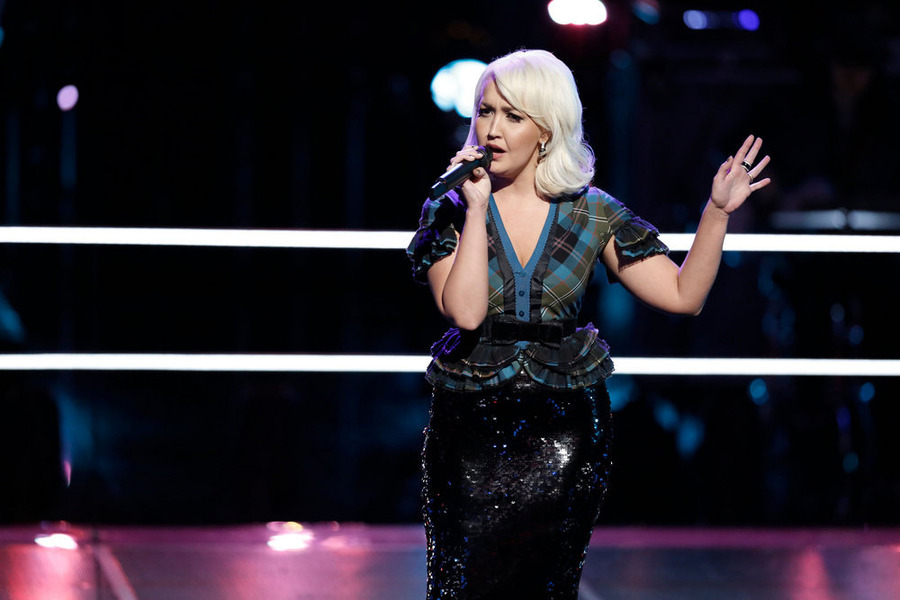 'The Voice': Meet the singers who could win it all

While Sawyer Fredericks is the popular choice to win "The Voice" among reality TV pundits, it will be up to America to decide this season's champion.

Sawyer is deserving, for sure, but might be in need of a little fine-tuning before ascending to the top. At 15, he has ample time to refine his craft.

BTS caught up with the more record-ready singers who could (dare we say should?) take the title. They spoke of their mindset entering the live shows, their song choices and how the top-rated reality singing series has improved their vocal prowess and stage presence. 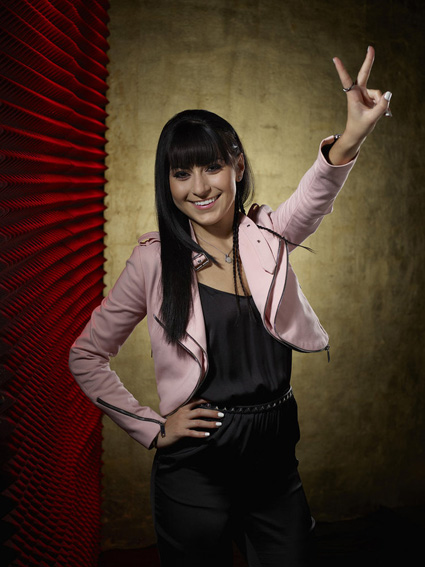 On the live shows and working to earn America's vote:

Mia Z: "America's going to vote who they want. But, you know ... my main goal is just to be myself and, you know, go up there and just keep doing me. And if America values it or appreciates it, then awesome." 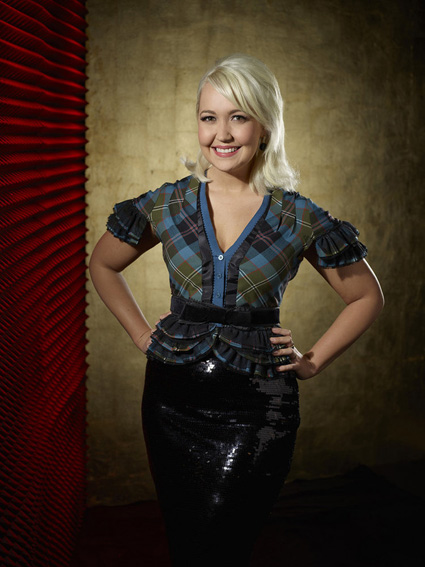 Meghan Linsey: "I think for me, you know, the mindset is, I feel like I finally kind of hit my stride (in the 'Knockouts') as far as coming out and singing something that I felt was truly, you know, unique to who I am and really hit my stride kind of as an artist. ... I feel like people are finally starting to see that.

"So, for me, I think moving forward is just about continuing to better myself and, you know, while this is a competition, I think really the only thing you can control is what you do on that stage. And so I think, moving forward, just trying to beat my, you know, out-sing what I did the last week and outperform myself every week and just really competing with myself and just trying to be better." 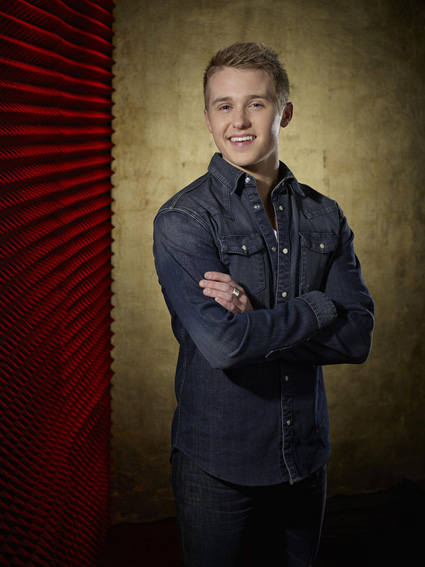 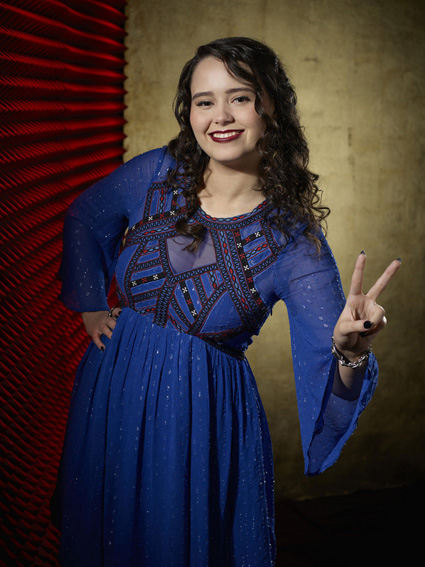 Hannah Kirby: "My mindset moving forward is to stay positive and believe in myself and this dream, and to continue to give performances that I'm really proud of, because I feel that the best performances I've ever had have been on 'The Voice,' and I'm really thankful to have that opportunity. And I want to work hard to make use of it going into the next part of the show." 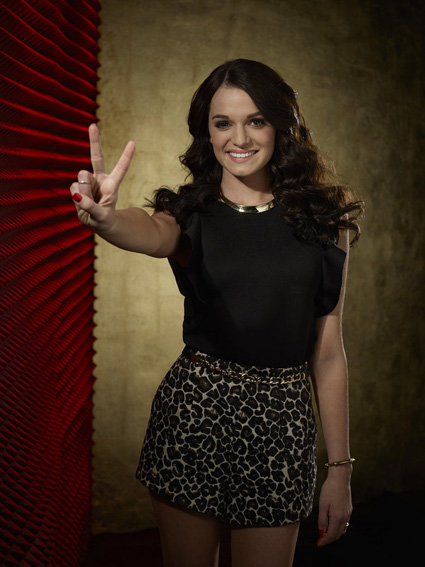 Caitlin Caporale: "My mindset is to really stay focused. I feel like the live show is where you really have to give it all you have and, again, just outdo your last performance. So I really just am going to stay positive and work very hard to continue on, and hopefully to the end of the show."

On singer vs. singer competition:

Mia Z: "Well, you know, music isn't a competition like we've all agreed on. You know, in this competition, it's a TV reality show and we're all artists and individuals. And being able to share the stage with everybody and to meet everybody and to sing with them and just to get to know them as individuals and artists, it's just - it helps and inspires me to learn from everybody and to see what they do and dig it and be inspired by it.

"So it's definitely, you know, it helps my performance being able to be up there with my friends and, you know, really connect with all of them."

Deanna Johnson: "You know, (my 'Knockout') was prerecorded. I didn't have a whole lot of confidence coming into it. But after, you know, getting everybody's reactions from blinds and from 'Knockouts,' it's been really great. It's really helped my confidence with people being so supportive. So going into live, I'm feeling really, really good. I'm excited. 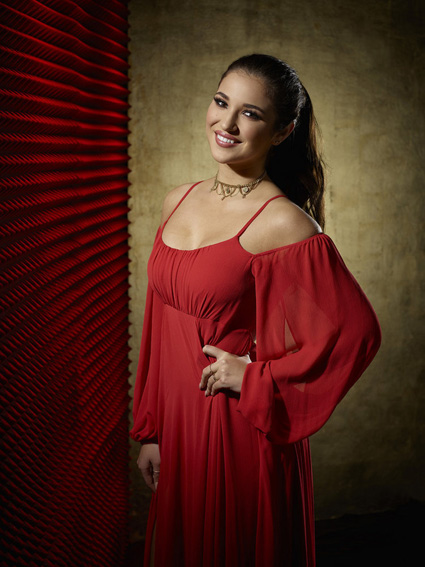 Deanna Johnson: "You know, man, I like singing songs that the lyrics really speak to me. And it doesn't really - I don't really think about if it's, you know, a newer song or an older song. It's, to me, I really like the lyrics and that's just all that I'm always going to go to. So, yes, if there's a contemporary song that I'm really liking those lyrics, then I'll probably sing that, too." 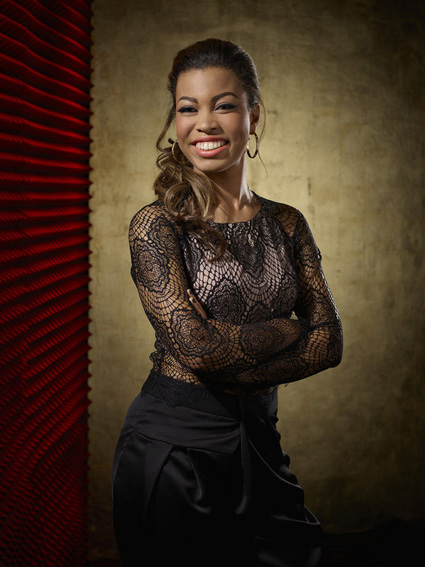 On becoming a solo artist:

India Carney: "It's been a really great experience focusing on myself as a solo artist, because I haven't really done so much of that in the past.

"So especially with that ('Knockout') song ('Big White Room'), it forced me to find - find new things I could do vocally, and focus a little on just artist development overall. I'm really excited to do more of that in the live playoffs with Christina coaching me through. And I hope to show more of that on stage." 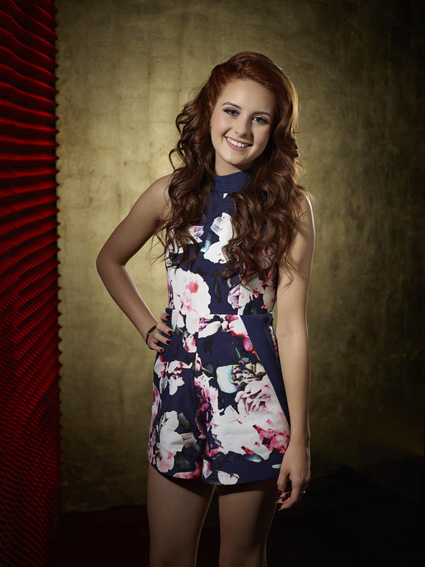 Brooke Adee: "I think that, right now, all I've been doing is the show, because I've just been going back from here (Tampa) to L.A. But I think in the future, whatever happens, this will definitely be a really good base for anything that I want to do, if it's musically or anything like that.

"Before, I wasn't even allowed to play in clubs. You had to do all these, like, auditions, and you had to be a certain age. And I'm hoping that this - when I get back, they'll actually let me perform in little places like that!"

"The Voice" airs next Monday, Tuesday and Wednesday at 8 p.m. on NBC.