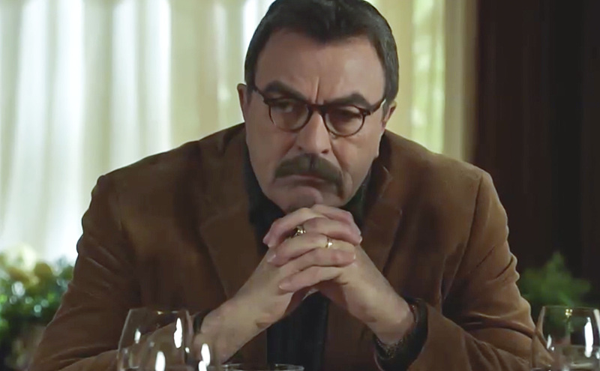 Frank, the police commissioner, is conflicted. He's struggling to do what's right for his officers - and his city - amid political pressures.

Erin, the deputy district attorney, is stressed. It's not easy putting the bad guys away - or raising a teenage daughter as a single mother.

Jamie is pensive. Should he stay a beat cop? And what's up with his partner, Eddie?

Danny is mad. But then, Danny's always mad. He'll probably just take it out on the next perp.

Keeping the New York City streets safe is hard work. For the Reagans, it's more than a job - it's a family vocation.

Such a calling can work up a mean attitude. Once a week, the Reagans get together for a family dinner.

This familiar "Blue Bloods" scene is a time when the family members can come together and bounce ideas off one another. Or just regroup and have a good meal.

The foursome is joined at the dinner table by the family patriarch, Henry; Danny's wife, Linda, and their two kids; and Erin's daughter, Nicky.

More often than not, though, the Reagans get along. They share ideas. Wax philosophical about good vs. evil. Ultimately, each member works for the betterment of the group.

Selleck says that's symbolic of what he sees in the show's large cast.

"When you get a group like this, and you're going to see them everyday, it's nice to not only work with good actors, but they are good people. We have a reasonably happy set doing what is often some very tragic stories."

"We've got a group I'm obviously very proud of and very close to," he adds. "We kind of have an actors' family and our characters' family. Once a show, we get to see each other. (On) many shows, you can miss people for months, because you don't work in the same place.

"In our show, we're going to be at family dinner, and that's always, to me, welcome."

At a time when police officers are making headlines for all the wrong reasons, viewers might find it welcome to see Selleck's character stand as a symbol of justice - a lawman of integrity.

If Selleck is unsure of Frank's virtues, he is firm about his show's qualities.

"I think we're as good as any drama on television," he says. 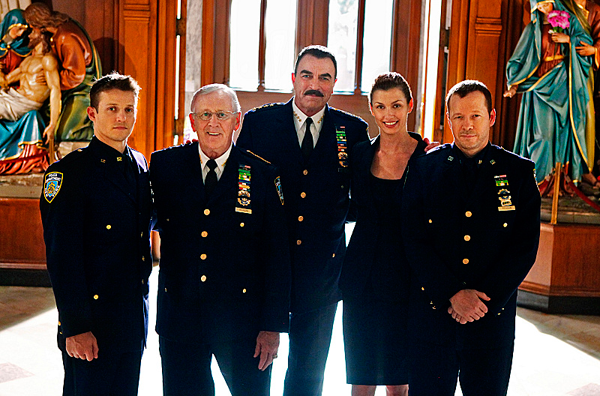