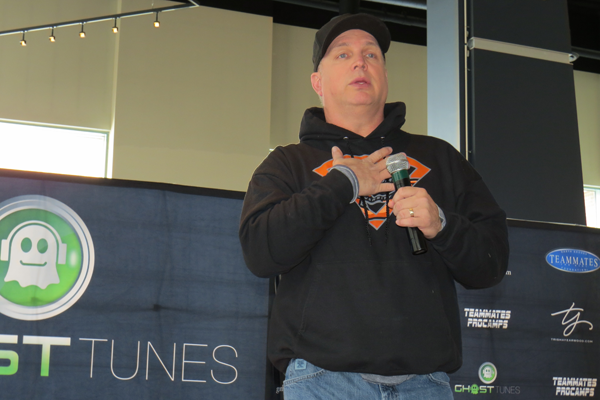 Garth Brooks addresses this writer and members of the media Thursday at First Niagara Center in downtown Buffalo.

Singer in town for six concerts in four days

How many times have you heard someone say, 'Oh, so and so doesn't want to come to Buffalo." "It's too cold," they'll say. "The economy isn't what it used to be," or "He'd rather play for the Jets."

To that businessperson, filmmaker or running back, we say: So long.

We don't need you.

We found someone else to champion the Queen City.

His name is Garth Brooks. And he's sold more albums than any other musician.

He wants to come to Buffalo.

In fact, he booked not one, not two, but six - that's right, six - concerts in our fair city.

The greatest country music superstar of all time handpicked Buffalo for his first tour in more than a decade.

"I feel very lucky to be back here," Brooks told a roomful of reporters Thursday inside First Niagara Arena, his concert home for the next four days. "The band and crew is very much ready - we very much remember this (city)."

"We have a lot of great memories from here," he added.

When Brooks was growing up in Oklahoma, performing at clubs and thinking about a singing career, he didn't expect snowy Buffalo would become a hotbed for country music.

"All you got to do is go around and play, and find out on your own. It's what you do," he said. "Did I think as a kid in Oklahoma that New York would support country? No. Not at all. Especially then they didn't, because the world was a lot bigger then. It's a lot smaller now.

"Then you start doing fairs. State fairs and county fairs. And you start to see people showing up that are from Buffalo. They got their Buffalo colors, even though you're not in Buffalo. And you start to go, 'Wow, I wonder what Buffalo is like?' And you play here.

"Try and remember this: Our tour, this tour, will see about 55 to 60 percent of the cities we saw the last tour, because one show is turning into six or (the schedule won't allow more stops). So, who picks where we go? I do. I pick. So how do you pick? For me, I don't care about the dollar bill bottom line. I care about memories of, 'Did I have fun there? Did we get to do stuff as a crew there, and a band there? You betcha.' We're going back to all the fun places.

"So, even though I wouldn't have dreamed of it, I can't dream of it now without it, because this is a fun place to play."

Brooks is expected to draw more than 100,000 people to his Buffalo concert series. It's his first time back in 17 years - and he expects some return guests.

"We expect to see those people again, hopefully," he said. "Then Ticketmaster is telling us about just shy of 48 percent here who bought tickets were 10 years old or not even born yet the last time we were here.

"But 10 to one, my bet is going to be on the fact that, no matter which group they belong to, they'll know every word to every verse of every song. That's what we're counting on, and I hope that comes true."

"Miss Yearwood," as he calls her, is the one who convinced him to return to the stage. Brooks had retired to raise children from his first marriage.

"As the houses started to get empty, we go, 'What are we going to do with the rest of our lives?' It was Miss Yearwood who said, 'Would you think about touring again?' And, wow, I never thought it would be an option. So it's cool that people are showing up."

Brooks said there are a lot of good country pairings on tour this year, but none are likely to operate as smoothly as he does with his "opening act."

"There's a lot of good (shows)," he said. "I'm seeing like five or six names on some bills, which makes the money really worth it. It's really nice. But when you get someone like a McGraw-Chesney out there, who goes first? Who doesn't go first? I don't know how they decide that, because each one is the same iconic artist. But they have very different approaches to their music.

"When you get something like this, where a male and a female that's been singing for 25 years, you're able to work those things like breathing in and breathing out. So it works really well for us." 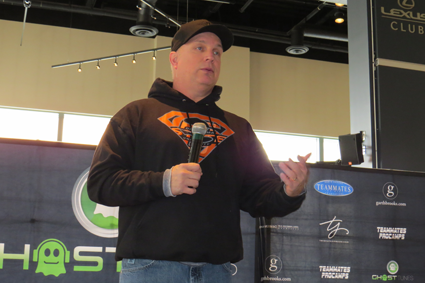 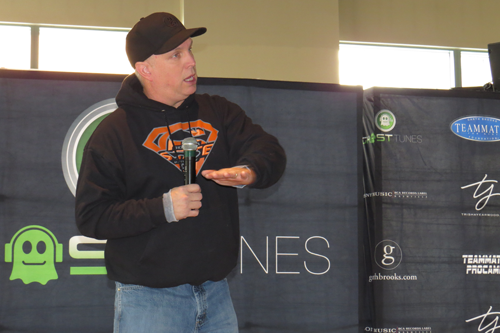 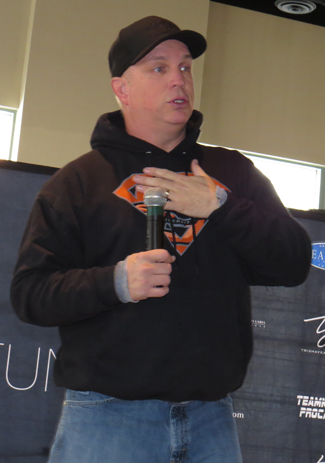