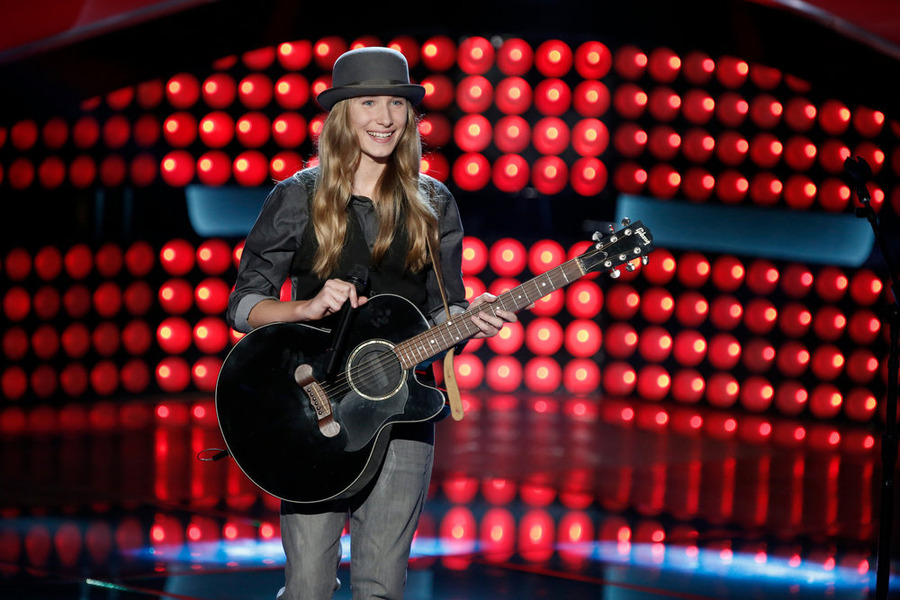 Fans of "The Voice" met Sawyer Fredericks Monday. The 15-year-old Fultonville singer closed the season eight premiere with a cover of the American folk song "I'm a Man of Constant Sorrow." His four-chair-turn performance was previewed on "Today" and online.

"I promise you you're not going anywhere until you're the last person standing in this competition."

Though Sawyer lives on a farm, he doesn't resemble the image many would have when thinking of someone in that line of work. He appeared on "The Voice" with long blond hair, a distinguished sense of style (how about that hat?), and singing chops that led Christina to say, "You are a legend in your own right."

"It was almost as if you were singing into an old, vintage microphone, because it had that distorted, [email protected] awesome sound," Blake added.

"I just want to tell you that I think you're awesome," he said.

"As soon as you started singing, that actually took me to another time," coach Pharrell Williams said. "This is your destiny. And it's really, honestly, about you, and what you want to do.

"I would love to have you on my team, but I'm so proud to be a part of this show. Because even if you don't end up on my team, I get to watch this amazing thing happen."

Sawyer selected Pharrell, he said, because of the coach's originality.

All four coaches were dumbfounded when Sawyer announced his age. But the singer actually began his career when he was younger.

"I started singing, basically, when I was a baby, actually. My mom is always talking about how I always was humming. And I started playing guitar when I was 12 years old. Started doing my first open mics," Sawyer told BTS. "And then around my town, people started offering farmers markets to me, and I started doing them. And kind of just moved up from there. And being on 'The Voice' is just amazing."

He released a CD prior to auditioning for "The Voice."

"I think I was 14 years old when I did that," Sawyer said. "It was independently produced. It's - the funny thing is that my voice is, like, an octave higher on that, because I had my voice change."

Sawyer was aware of NBC's promotion. He said, "It's amazing having that much support and just really getting my music out there. It's so cool."

Social media has taken notice of Sawyer, too. Still, "I live on a farm and I'm homeschooled, so I don't go to school (and) I don't get out much," he said. "I don't really - like, I'm not talking to anybody in person. So everything's, like, on Facebook and - so I'm getting a lot of good responses and comments and all that, but life hasn't changed on the farm."

If Sawyer continues to perform at a level in keeping with his blind audition, he better believe his farming days are numbered.

"The Voice" continues Mondays and Tuesdays at 8 p.m. on NBC. Find more about the artists at www.nbc.com/the-voice.