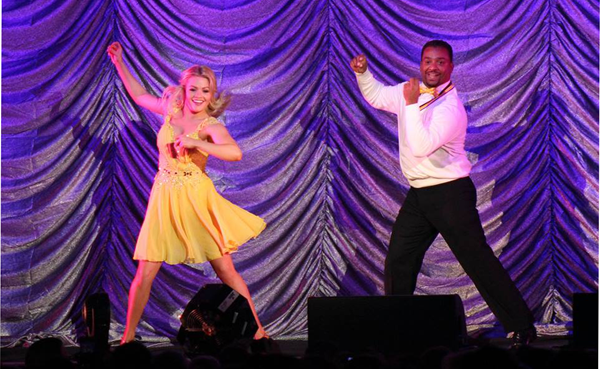 Review and photos by Allison Deutschman

With so many options for how people spend their Monday evenings, it's impressive "Dancing with the Stars" has infiltrated its way into the homes of so many Americans. The reality TV show, a ratings hit for ABC, is celebrating 20 seasons this spring and shows no signs of slowing down.

Local "DWTS" fans proved their loyalty Saturday by filling the Seneca Niagara Events Center on the first night of the "Dancing with the Stars: Live!" tour.

There was a diverse audience present to enjoy the incredible talent of the show's professional dancers. Sitting with grandparents to my left and 20-somethings to my right, "DWTS's" success has undoubtedly been due to its ability to appeal to a wide range of people. This night, from ballroom to contemporary, the dances were spectacular.

The event's host, Alfonso Ribeiro, also known as Carlton Banks from "The Fresh Prince of Bel-Air," recently won season 19 with his partner, Witney Carson. He captivated viewers from the start with his humor and later wooed them with his newfound skillset.

"We were competing against all of these amazing pros, but at the end of the day, I think we enjoyed ourselves and we had a lot of fun," Carson said, speaking highly of her experience with Ribeiro.

During a Q&A session in the first half of the show, it was revealed each dancer gained different experiences from the show.

Professional dancers Valentin Chmerkovskiy and Mark Ballas spoke about how the competition inspired them to work harder and push their limits, while Australian "DWTS" judge Kym Johnson found that when she focused less on the competition and more on teaching her season three partner, Jerry Springer, it was the most rewarding.

"He fell in love with dancing from doing 'Dancing with the Stars,' and he wanted to do it because he wanted to learn a dance for his daughter for her wedding," Johnson said. "And I ended up teaching him, which was just beautiful."

Seeing the professional dancers in person, rather than through the lens of biased highlights on a television show, their personalities and skill became more apparent than ever before. 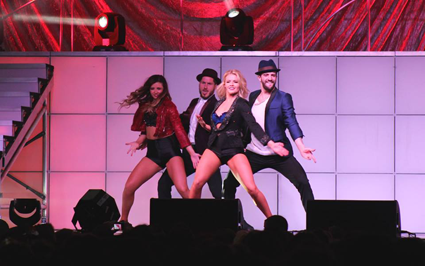 A crowd favorite for his fun personality and enchanting good looks both on and off screen, Chmerkovskiy swooped a female audience member off her feet during one of his musical numbers. He played up his role as "shirtless man candy" from the show and helped everyone to have a great time.

Three of the female professional dancers, including Carson and Johnson, also selected members of the audience to dance with. Three gentlemen from the VIP section of the showroom enjoyed the spotlight, shimmying with some of America's favorite dancers to Christina Aguilera's "But I am a Good Girl," assuredly making the night unforgettable.

The first performance of the "DWTS" live tour was not predictable, making it even more special. Chmerkovskiy and some of the other performers surprised the audience by proving their expertise was not limited to dance. He played the violin alongside Ballas, the season 19 runner-up, who joined on guitar.

To conclude the night, a freestyle rendition of DJ Snake and Lil John's "Turn Down For What" and Pitbull's "Fireball" was led by Ribeiro and Carson. The entire professional dance cast joined them.

The modern beats, ornate costumes and unbelievable skill transformed the first stop on the tour into anything but your typical dance program. 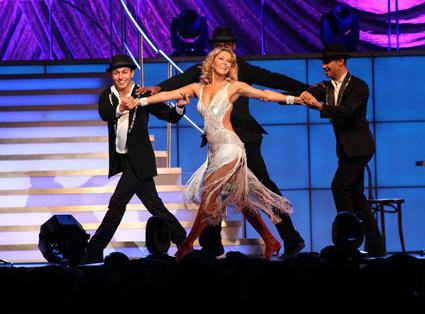