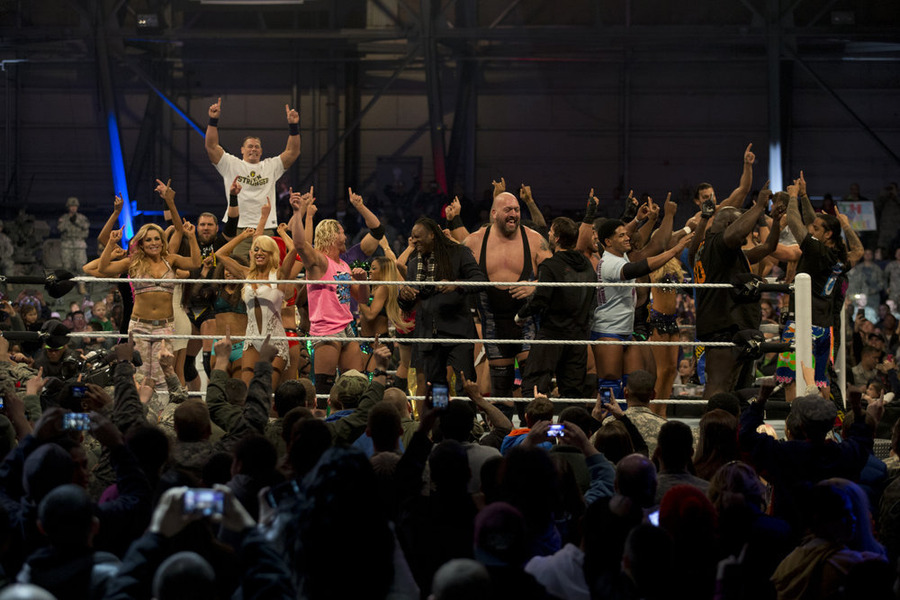 The Miz talks WWE 'Tribute to the Troops' special

Bob Hope was an entertainment legend - a star of stage and screen, and a comedic genius.

Hope did it all.

Well, everything, that is, except putting someone in the "Skull-Crushing Finale" or figure-four leglock.

He was an icon, but he wasn't "The Awesome One."

In the spirit of Bob Hope, the professional wrestling federation has staged a holiday program for U.S. troops for more than a decade. The WWE's "Tribute to the Troops" airs tonight at 8 p.m. on the USA Network, and again Saturday on NBC.

The Miz will do his best to emulate Hope.

"For me personally, it's one of my favorite specials that WWE does. It's incredible to be a part of it. I've been doing this for about six years now. WWE has been doing it for 12 years," The Miz told BTS Tuesday. 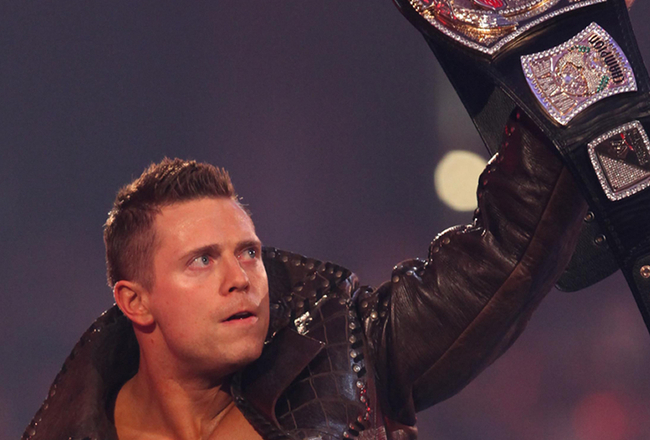 "I think people really enjoy tuning in, because it's a feel-good moment," The Miz said. "It's something that puts a smile on your face - that you can sit down with your family in front of your fire, you know, maybe sip on some eggnog if you want, and just really enjoy a fun, interactive show where you get to see a crowd really interacting with the superstars. And, you know, you can laugh; there's drama; there's comedy; there's action; there's real-life true stories in there. You get to see our soldiers in their uniforms with their families. And it's just a really feel-good moment. And I think people appreciate that. And I think, with all the negativity that's on the TV these days, it's kind of nice to have something that's all about positive and giving back, because this is the time to give back. It's the holiday season."

The Miz has developed a deep respect for U.S. troops.

"My first year actually being a part of 'Tribute to the Troops,' I actually got to go over to Iraq and witness what our soldiers go through on a day-to-day basis," he said. "Now, we can watch the news all we want, and how they portray what a war is like and what's going on, but until you actually go over there and see the life that a soldier lives, you have a whole newfound appreciation for the life they live."

"I mean, when I went to Iraq, it was like a desert. There was nothing there. All these - some of the camps don't even have running water," The Miz said. "So these guys would be in the camp for six months to a year, and they would have to go 'number one' in these tubes, and 'number two' in a wad bag where they would go and then they'd put (it) in the field and light it on fire. You know, it was just incredible.

"They would - the only thing to do over there was work, eat and, if they had a gym, work out. And if they had Internet, if it was on, they could use that. But, I mean, they really couldn't talk to their families. You know, it was just - they're secluded and all they really see is the soldiers in uniforms. So to bring the WWE out there in our normal clothes is just refreshing. It puts a little difference in their normal, average, everyday routine, and it kind of boosts morale, is what most soldiers would tell us, you know, after we leave.

"You know, it would give them a new sensation, a new feeling of joy, which is the little things that you can do for what they do for us."

Being a professional wrestler is tough, but The Miz said it's nothing compared to what U.S. troops endure.

"I remember being over there and talking to an 18-year-old kid who, I asked him, you know, 'What do you do?' And he's like, 'Well, I drive the armored vehicle.' So he goes and shows me, you know, the armored vehicle, takes me around it, and I saw this orange pole sticking out at the front, which seemed out of place to me," The Miz said. "And I go, 'What's the orange pole for?' And he goes, 'Oh, it blows up the landmine before it blows us up.' And I go, 'Oh my God, have you ever had that happen?' He goes, 'Yes, it just happened yesterday.'

"Wait a second - this cannot be the conversation that we're having right now, and it can't be normal. Like this is - it was just a normal conversation - like so matter-of-fact, but, 'Yes, it just happened yesterday. You know, no big deal.' It's like, 'No, that's not normal.' Being blown up by a landmine, and granted, the armored vehicle is able to take that, but you still, I mean, that's scary. That's supposed to be fearful. But these guys are the true, real-life action heroes, and they're over there.'

The Miz said that's why it's important for the WWE to give back to the troops.

"I remember signing an autograph, and a soldier gave me a picture of me and a baby, and I go, 'What's this?' And he goes, 'Oh, you met my son before I did.' And I go, 'Oh, my God.' That's - it just blew me away. It gave me chills to hear that. But they're so proud and they're so, you know, respectful and happy to do what they're doing. And, you know, I just have the utmost respect for our United States Armed Forces, for what they do. So it's the little things that we can give back.

"You know, being at Fort Benning this year in Columbus, Georgia, was truly an honor and so much fun. I mean, some of the soldiers are being deployed, you know, the next day. So this might be the last time that they get to spend with their family and friends for a very long time. So, hopefully, you know, we can give them a memory that'll last a lifetime with their family."