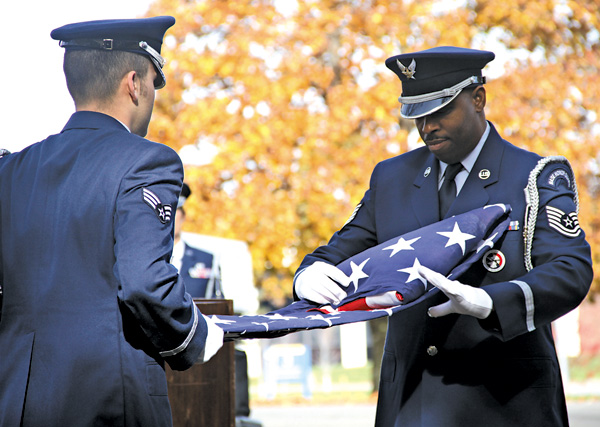 Student veteran speaker was Evan Nelson, who served in the U.S. Navy as a cryptologist technician (interpreter) of the Mandarin language for six years. He is a freshman in the NCCC computer information systems program.

Veterans Thomas Rutkowski, staff sergeant, USAF (retired) and James Mezhir, command sergeant major U.S. Army (retired), placed a wreath at the NCCC Veterans Park monument to honor all who have served in the armed forces - past and present.

Chaplain Jim Bastian of the 914th Airlift Wing, who also played taps at the ceremony, offered the invocation. Members of the Niagara Falls Air Base Honor Guard conducted the flag-folding ceremony.

All veterans in the audience were invited to step up to the microphone and present their name, branch and length of service. 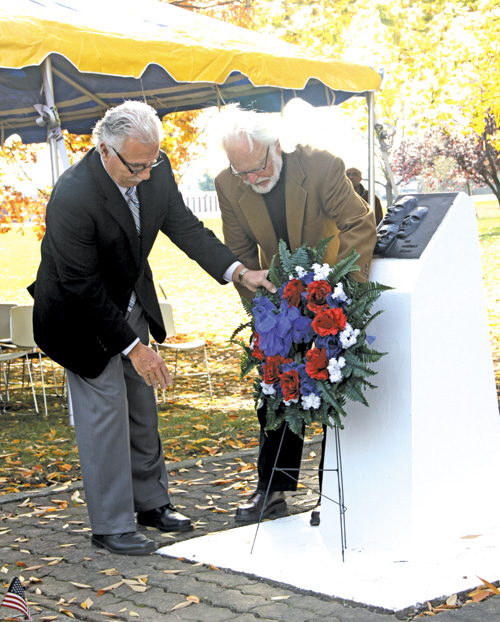