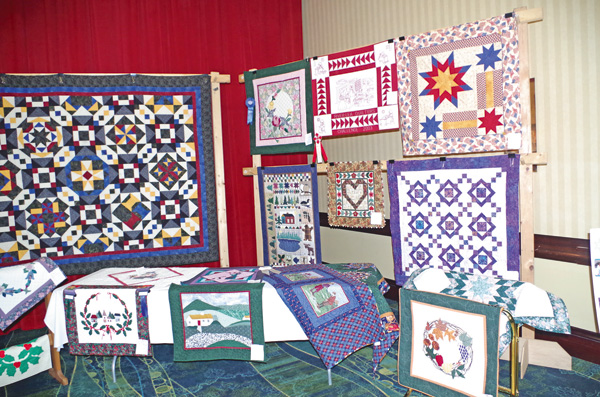 •Taken from the Oct. 31 Island Dispatch

Money raised at the biennial River Lea Quilters Guild show held over the weekend at Byblos Niagara Resort & Spa will support Carolyn's House in Niagara Falls, and the Grand Island Fire Co. Charity work is part of the fabric of the club, which meets in the Grand Island High School large cafeteria on the third Tuesday of the month.

"We also do community service quilts, which we give away" to different charities, said Susan Miles, show co-chair with Colleen Eddy. She said many of the charity works by guild members were on display in the Byblos ballroom at the show, titled "River Lea Inspirations." Some of the community service quilts were made specifically for donation by teams of quilters who get together for charity work. "Quilts of Valor" are given to a the VA Hospital or a veteran, and other works are given to organizations to raffle in a fundraiser, Miles said.

The featured quilter at "River Lea Inspirations" was Helen Keohane, and her work occupied a whole corner of the ballroom (pictured). Her display included a quilted memory picture book with photos of her parents on fabric. Much of her work showed her numerous ribbons from awards in other shows in Florida, where she lives part of the year. 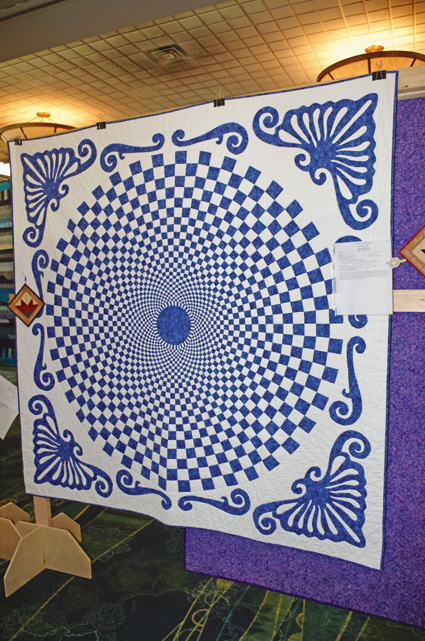 Islander June D'Angelo's blue spiral pattern quilt (also pictured) was an optical illusion in fabric, and judged "Most Inspirational," a best in show designation this year in keeping with the "River Lea Inspirations" theme.

River Lea Quilters Guild members meet at the Community Center at the Nike Base on Whitehaven Road on most Thursdays for open sewing. Those planning to attend should email Eddy at [email protected].