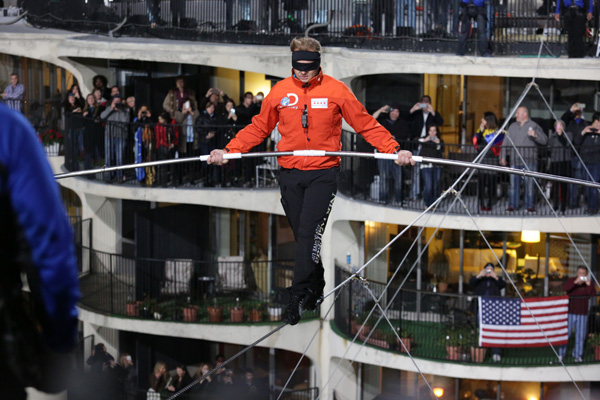 Nik Wallenda, "The King of the Highwire," made history Sunday after successfully crossing the "Windy City" of Chicago on a tightrope without a net or tether.

Discovery Channel captured every heart-pounding moment live as he made the two-part walk in one of the windiest sections of Chicago at night. "Skyscraper Live with Nik Wallenda" aired live across the U.S. and in more than 220 countries and territories Sunday on Discovery and was hosted by NBC News' Willie Geist, Natalie Morales and The Weather Channel's Jim Cantore. 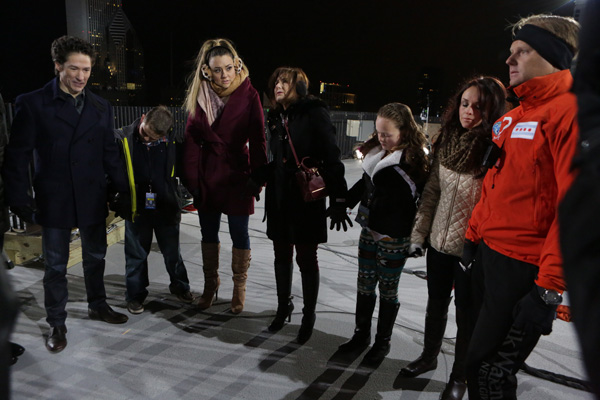 "It was such an incredible feeling to do this walk in Chicago. The city holds a special place in my heart and have dreamed about doing this ever since I was a kid," said the 35-year-old Wallenda. "I feel blessed to have this opportunity and would like to thank everyone in the City of Chicago along with the Discovery Channel for trusting in my abilities."

"We are honored to have produced this historic live event in Chicago for Discovery," said Sharon Scott, president and GM of NBC News' Peacock Productions. "This was a remarkable project to collaborate on, and we congratulate Nik on this enormous accomplishment." 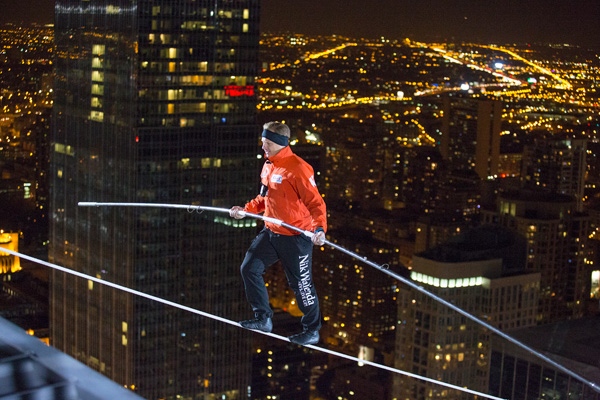 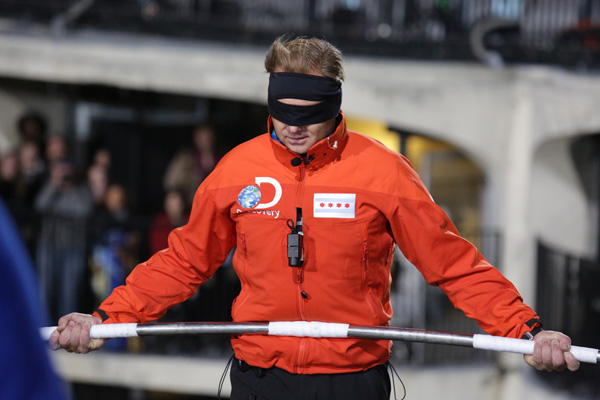 For the first of the two-part walk, Wallenda crossed more than two city blocks uphill at a 19-degree angle - approximately eight stories - making it the steepest walk he's ever attempted and the highest skyscraper crossing in the history of the famed Wallenda family. The walk stretched from the iconic Marina City's west tower to the Leo Burnett Building at more than 50 stories high above the Chicago River.

For the second part of the walk - spanning from the Marina City's west tower to the east tower - Wallenda added a blindfold, making it the first time he's ever attempted such a feat.

"I think you probably saw me shaking like a leaf," he said after the blindfold part of the walk was successfully completed. "That wire was shaking underneath me and I just wanted to make it to the other side." 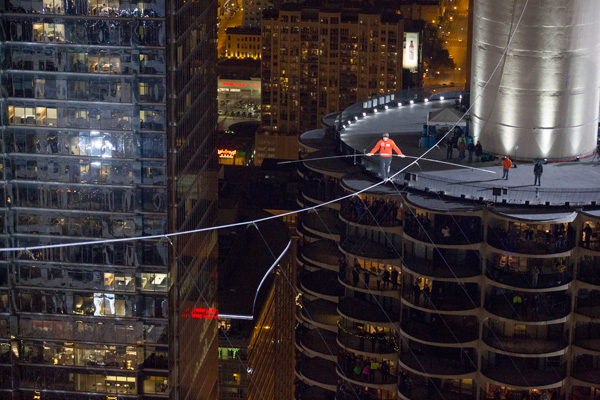 Nik is a seventh-generation member of the famed Wallenda family and dedicated his walk to his great-grandfather, the legendary Karl Wallenda, who died after falling from a tightrope in Puerto Rico in 1978.

Wallenda earned two Guinness world records for his Chicago high-wire walk: one for the steepest incline and another for the highest walk while blindfolded. With the walk, Wallenda now has 10 world records, including the 2013 tightrope walk across the Grand Canyon, which aired live on Discovery.

In 2012, Wallenda successfully crossed Niagara Falls - from the U.S. into Canada.

More than 50,000 people lined the Chicago streets beneath Wallenda to watch his historic walks.

Wallenda told Geist and Morales - and reiterated Monday on "Today" - he will next tackle Tallulah Falls Gorge, Georgia, where his great-grandfather crossed. Wallenda intends to not just cross the 600-feet-high, 1,000-feet-long gorge in 2015, but to do two headstands on the wire. He's never done a headstand on a wire in public.

Moreover, Wallenda intends to pair footage of his great-grandfather's Karl's walk alongside his own walk to simulate the two walking together.

Next year is the 45th anniversary of the first Wallenda walk across Tallulah Falls Gorge.

Discovery Channel shared insight about Wallenda, his family and training through videos, pictures, #SkyscraperLive tweets and more. In addition, viewers got a front row seat to the event at SkyscraperLive.com. Available in 14 languages, the site brought viewers from around the world to Chicago. With additional camera angles from the walk and a live backstage show with host Chris Jacobs, SkyscraperLive.com took viewers behind-the-scenes as Wallenda attempted his most thrilling high wire walk yet. 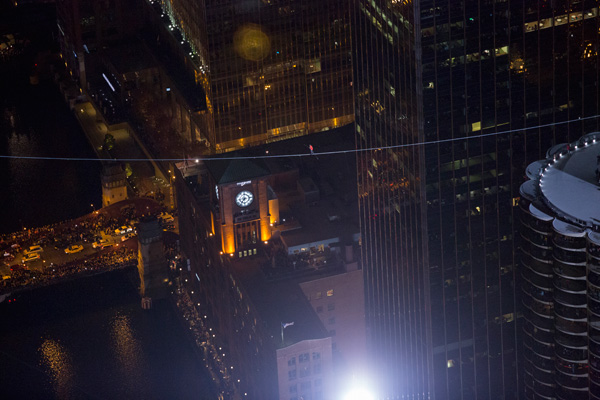