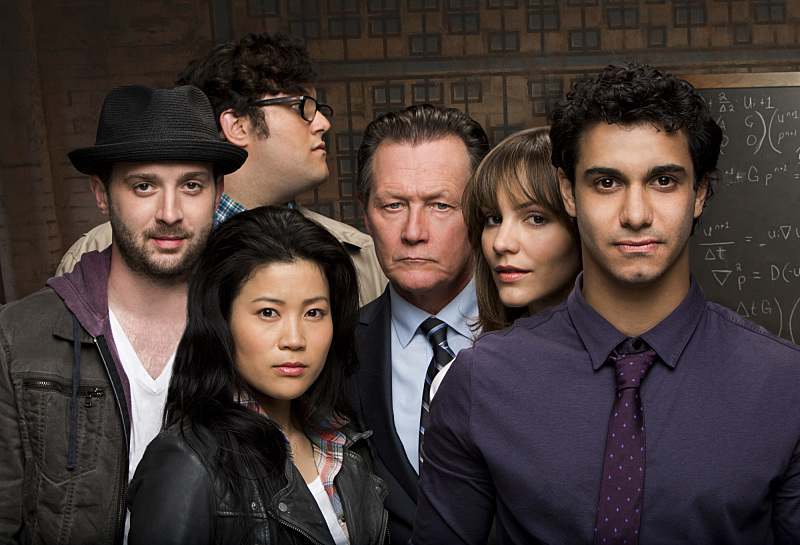 What are the odds TV audiences would warm to a socially awkward germaphobe who calls himself the human calculator?

"Scorpion" team member Sylvester (Ari Stidham) would have an answer in the time it took you to read this sentence.

I bet the numbers would suggest a low probability - that is, unless you cast a jovial, hard-working young actor to bring the mathematician to life, hire a government-certified super-genius to oversee his storyline, and task CBS, the most-watched television network, with crafting a slick, hard-to-miss promotional campaign prompting audiences to watch him each Monday at 9 p.m.

With that harmonic sequence in place, it's no surprise an unexpected breakout star was born.

"It felt like I just rolled the dice and got my dream job, honestly," Stidham said in a phone interview last week. "This is where I'm at right now. I'm pretty grateful for the entire experience."

"I'm just really happy to have a job right now!" he said.

Modesty notwithstanding, Stidham is adding fans daily with his portrayal of Sylvester, one-fifth of the "Scorpion" team hired by Homeland Security to counter terrorists targeting this country in unconventional ways. 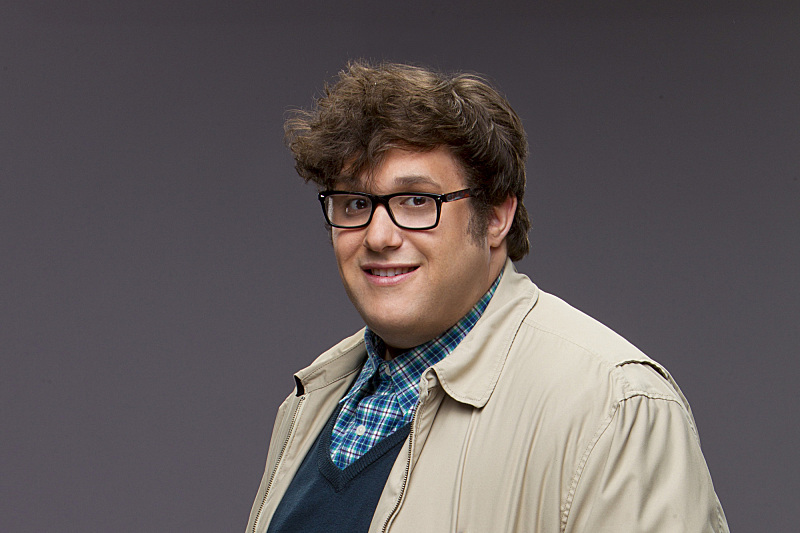 Sylvester really tries. He's terrified of the world, but understands his math skills can help save lives. He's often the comic relief on the show, but also the character viewers root for to save the day.

Stidham credits writers/executive producers Nick Santora and Nicholas Wootton for crafting Sylvester. He said they "really get in there with us and say, like, 'Come to the writers' room; talk to us about what you think of these possible arcs that we're looking at.' I mean, Nick Santora comes to us and says, like, 'Here's what we're thinking about your character,' and he pitches it to us like a salesman. I mean, it's just the greatest, because you get to see this character grow.

"The input that I have is more just how do I keep him as grounded as I possibly can, and make him real and honest?"

The challenge is finding a balance between Sylvester's brilliance and his insecurities.

"I think, once we found that middle ground - like really during when we shot the bio-hacking episode, the second episode that aired, I think we really found the middle ground of where he lives: Having anxiety and OCD, but also being able to overcome it to achieve the greater good," Stidham said. "The fact that there's a hero in all of us. ... If you are mentally enabled, you can actually use your powers for good and be a hero, and that's a huge theme in our show.

"Kind of discovering where that drive came for Sylvester was really important, because with high anxiety and OCD, you can't touch things with germs. How can you go after a gun if you really don't even touch bathroom door handles? But you have to kind of find where you can break through it to save somebody's life."

"That was really important for me - finding that line where he decides to overcome," he said.

"Scorpion's" modern-day misfits of science include Toby (Eddie Kaye Thomas), a brilliant shrink and master profiler with a severe gambling problem; Happy (Jadyn Wong), a no-nonsense master mechanic with unmatched design interpretation; and team leader Walter O'Brien (Elyes Gabel), a computer programmer with an IQ higher than Einstein. Machines he can handle; people, not so much.

In fact, none of the squad members are sociable. So, when Agent Cabe Gallo (Robert Patrick) recruits "Scorpion" to fight criminals, Walter brings on Paige (Katharine McPhee), a waitress and single mother of a gifted child, who can liaison between the team and the world it serves.

Together, the whiz kids save a pack of flights from falling out of the sky, debug a bio-hacker targeting the California governor's daughter with a specialized virus, crack a casino corruption case and expose a network intent on taking down the Internet.

And that was just the first four episodes.

This series is smart, action-packed, family-friendly and enjoyable to watch.

"This show keeps me on my toes artistically, as well, but it is ... a very fun show to be on," Stidham said. "As a younger actor, one would hope to get to this point later on in my career. To have it now, it's pretty crazy. I've just been wide-eyed and as open to experiencing (it) as a kid would, because I feel like I'm a kid.

"I'm really enjoying it. It feels like I'm getting to play pretend for a really, really, really high budget, and it's for sure super fun."

Stidham said the stories are "full of action and drama and character at heart. ... Every scene is fun. It's like an adventure every day."

Of course, it helps when the real Walter O'Brien is on set. The man known in real life as "Scorpion" is founder of Scorpion Computer Services. He is a genius, and the basis for this series. In fact, he's something of a real-life superhero.

"Walter is just ... inspiring is the word I'd use," Stidham said. "I always have to pinch myself, because every time he comes to set and says, 'We helped this person; we helped this person,' he never brings anything really confidential to set - because I don't think he'd be allowed to - but the stuff that he brings is, 'This is how far your reach goes. We're helping people.'

"Scorpion Computer Services is a company that, I believe, helps people. I don't know much about, really, what Walter's business - what he does day-to-day. I know that we're inspired by this guy's brilliant mind, and his honest fight for the greater good."

Stidham called O'Brien "noble" and said he is "probably the best human being that I've ever met."

The actor also had high praise for his castmates. He said he bonded with Wong over this experience (their first major TV series roles), and said veteran actors Patrick, Thomas, McPhee and Gabel "were very warm and helped us get used to the workflow."

"They definitely shepherded us towards, just, 'This is the job, and this is how you do it,' and just keeping everything very real and honest, and coming to work prepared," Stidham said. "I guess Robert Patrick is the person I really have to give it up to the most, because he's definitely led our cast to where we are at ... as friendly people working together. There have been no on-set tiffs, and that's not a lie. We all get along very well."

"I'm stoked to just be with these people who can make all of this come to life," he added. "It really makes it a doable thing for me when the five people around are just as into it as I am. It's an amazing process." 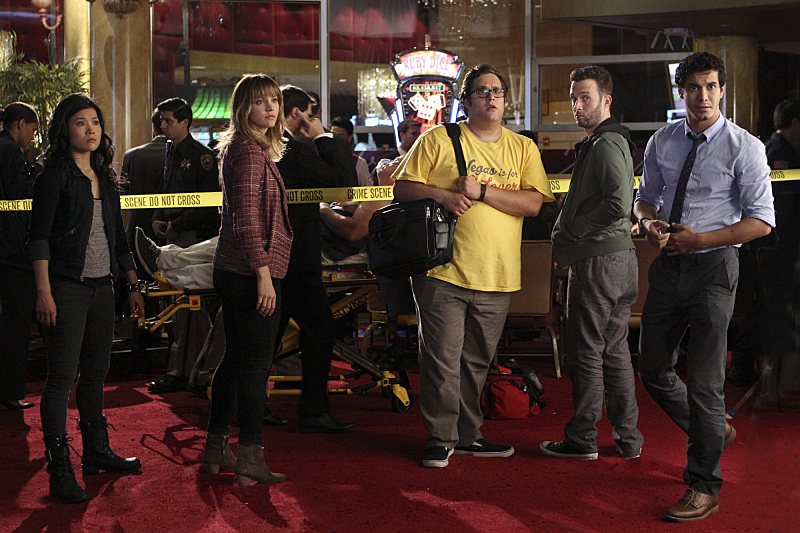