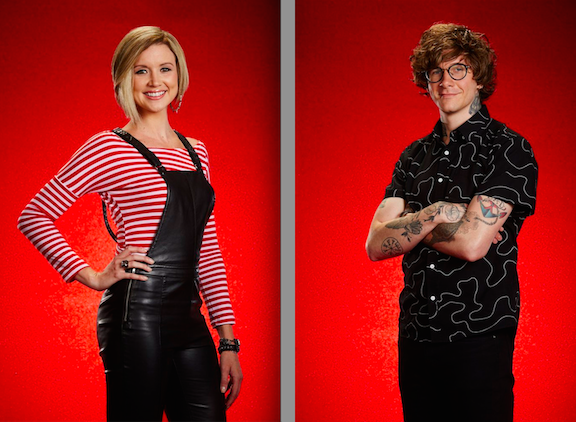 Beth Spangler and Matt McAndrew on "The Voice." (NBC photos by Paul Drinkwater)

As "The Voice" wrapped its blind auditions, the top singers in week three couldn't be labeled. Coaches applauded Matt McAndrew and Beth Spangler for being "genre-less" - and then engaged in a heated debate over which team the musically diverse singers should select.

Matt McAndrew, 23, of Philadelphia, performed an acoustic-rock rendition of Christina Perri's "A Thousand Years" and drew "I Want You" chair turns from coaches Adam Levine, Pharrell and Blake Shelton.

"The minute I heard you start, the first thing that popped in my mind was, like, I got to get in on this now, because it's different," Adam said. "I was really moved by what you did, and it stopped being a show and it turned into just something I was thoroughly enjoying. It felt like I was listening to an accomplished, very unique artist up there.

"There is something about you that is really spectacular." 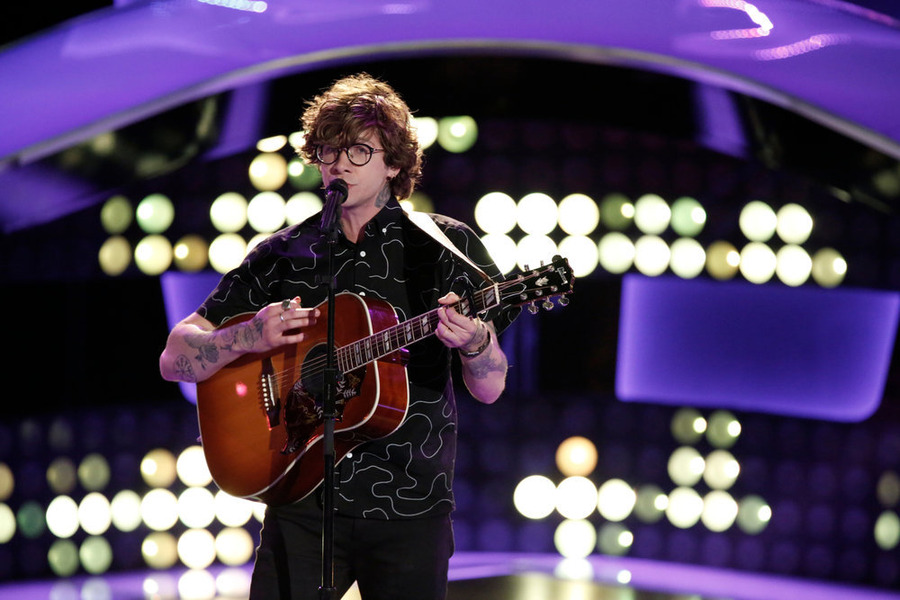 "You have a really beautiful, beautiful voice," coach Gwen Stefani said. "And to come out of a male and have that kind of emotion, it's just really refreshing. I did enjoy it."

"Your voice is interesting," Blake said. "And even when your voice is soft, it's still really intense.

"You got me. I don't even know what genre of music that you want to pursue."

"What's great about what you do is just that it is genre-less, and honest to God I think that that's its best quality," Adam said.

"To me, like, you have this tone where you can just sing full voice, and it's up in a place where I would have to go falsetto," Pharrell said. "And I've been waiting for a voice like this."

Matt weighed his options and then chose Adam.

He added, "Team Adam just got a shot of life. He's just a dude that plays music and is very unpretentious. I love that. Musically, he's cut from the same cloth I am."

"His voice is crazy, and the crazy thing is, I think (Matt is) a star," Pharrell said.

Many performers audition for "The Voice" hoping to learn the technical aspects of singing or to enhance their vocal skills. Though Matt is a singing coach himself, he said he relishes the opportunity to work with some top pros.

"I'm really seeing my journey on 'The Voice' as being one in the same with my own personal journey through music, and I'm just really excited to be a part of it. And I, honestly, I would love to win the whole thing as I'm sure everybody would, but really just, you know, still have the opportunity to have my voice heard by a bigger audience.

"And too, I mean, there's always so much to learn vocally. There's so much that I've learned just going through the audition process, and I'm always an eager student." 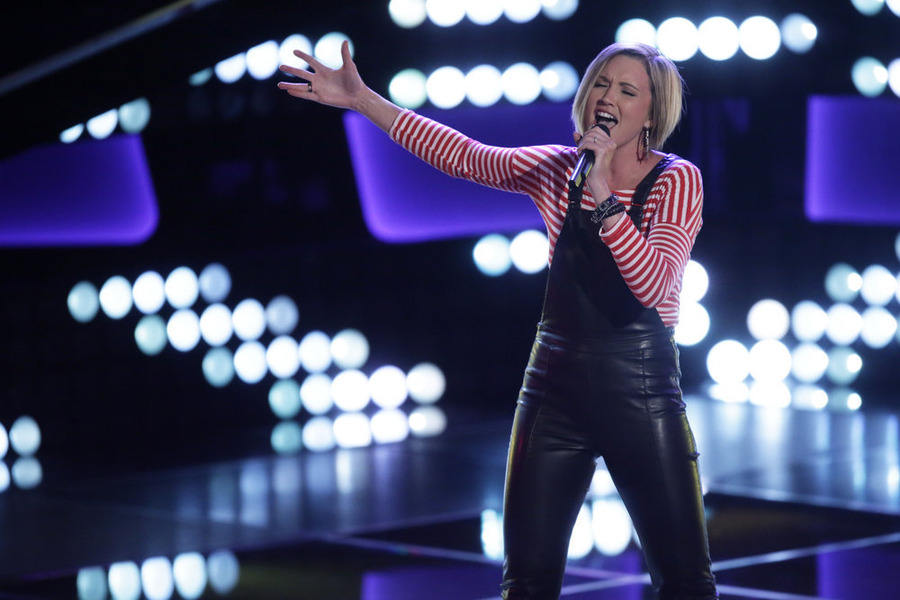 "You sang that song," Pharrell said. "You were just effortlessly melding so many different influences. I have never heard anything like that before.

"I was going to sit out, because I do have, like, some super soulful singers. But let me just explain something to you: I do not have you.

"I think everybody should be standing up right now for that performance."

"So Beth, I have one spot left on my team," Adam said. "Basically, I have to wait until I find someone worth pushing my button for. I decided that person was going to be you.

"The best thing about you, so far, you don't immediately get a feeling this person wants to fit in this genre."

Adam added, "I succeeded by, for a long time, really kind of not fitting in, and finding my place to fit in over time.

"You have all of the important things. We can make you the absolute best version of yourself. I want to dig in. That's why I love you, and I want you on my team so bad."

"First of all, that was so beautiful," Gwen said. "Your range is crazy, because you start all the way here (lifts hand), and then you go all the way, way, way, way up there (raises hand much higher). It was amazing."

"You don't even need to do that much; you're already so good," she added. "But what we can do together is some really fun stuff."

"I fell in love with your voice instantly," Blake said. "It didn't take me long to figure out this is somebody I want to be associated with as a fellow singer. The same light that shines out of you comes through in your voice.

"You were meant to be on Team Blake."

"Beth, you need someone that's going to stay standing up for you the whole time," Pharrell said.

As the coaches begged for her talent, Beth chose Adam.

"Beth is legit," he said afterward. "Power. Precision. Consistency. She's got chops, as they say."

"I picked Adam because I feel like he'll be able to help me define who I am as an artist," she said. "I just can't wait to see how he shapes me in this competition."

Speaking to BTS, Beth said the coaches' comments motivated her as she advanced into the "Battle Rounds."

"You know, the performance that I gave, I was under an immense amount of pressure," she said. "Of course the nerves were high and the song was big, so I definitely gained a lot of confidence from the judges' reactions and the feedback that they gave me. That was absolutely incredible.

"However, I am my biggest critic, and I've already picked apart that performance, so that I know exactly what to do differently next time and how to better perform each song from this point on. So I think I will definitely give a stronger performance.

"Each round as I go, I'm learning so much from everybody. And it was an incredible opportunity, and their feedback meant the world to me. So, definitely, it boosted my confidence."

•"The Voice's" "Battle Rounds" begin at 8 p.m. tonight and tomorrow on NBC. Find more about the show online at www.nbc.com/the-voice.