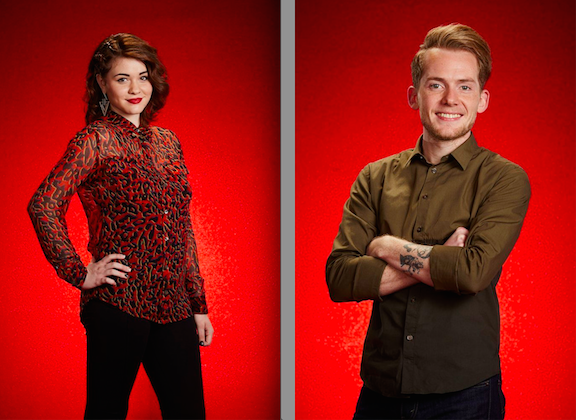 Week one of NBC's "The Voice" produced two singers we're bound to watch compete long into the seventh season.

15-year-old Reagan James introduced herself as being from Burleson, Texas - the home of "American Idol" winner and multiplatinum record-selling artist Kelly Clarkson. The singer said her style mixes R&B with pop.

"I was 17 when I started my band, No Doubt," she added. "I was you. I was so you, except for your voice is way better. It is amazing to have that much control over your voice at 15. That means you were born with a God-given gift.

"Gwen's never even won one of these things, by the way, ever," Blake said, as the audience laughed. "I know what it takes to just shine the right light on an artist. That's my job as their coach. Sometimes that means they end up standing up there in the winner's circle at the end of this thing.

"I love your voice. And I love how, sometimes, you can take your voice and turn it into, like, a mix of a falsetto and full voice - and it's kind of a floaty thing. It's so unique and different. I just think that we haven't ever heard anybody like you on this show. I just think you're very special. I do."

Pharrell said he was impressed with Reagan's stage presence. He vowed to steal her, if given the opportunity.

"I honestly want to turn back the hands of time, and push that red button," he said. "Let me just say, speaking from a missed opportunity, you are such a threat to the game."

Reagan opted to go with Blake.

Speaking of her performance, Reagan told BTS, "I was very happy with my audition. I had so many nerves yesterday it was crazy. I was so stressed, but after watching it, I was absolutely pleased with it. And I thought they did an amazing job. And, I mean, the band's amazing, and I felt like my stage presence was good. And I love what (the coaches) just said about me. And it was all really great."

In order to advance, or win, "I think, to be successful moving forward, I need to make sure that I work to the best of my abilities at all times and never, you know, never slack," Reagan said. "And (I'll need to) keep up my energy and positivity and mindset." 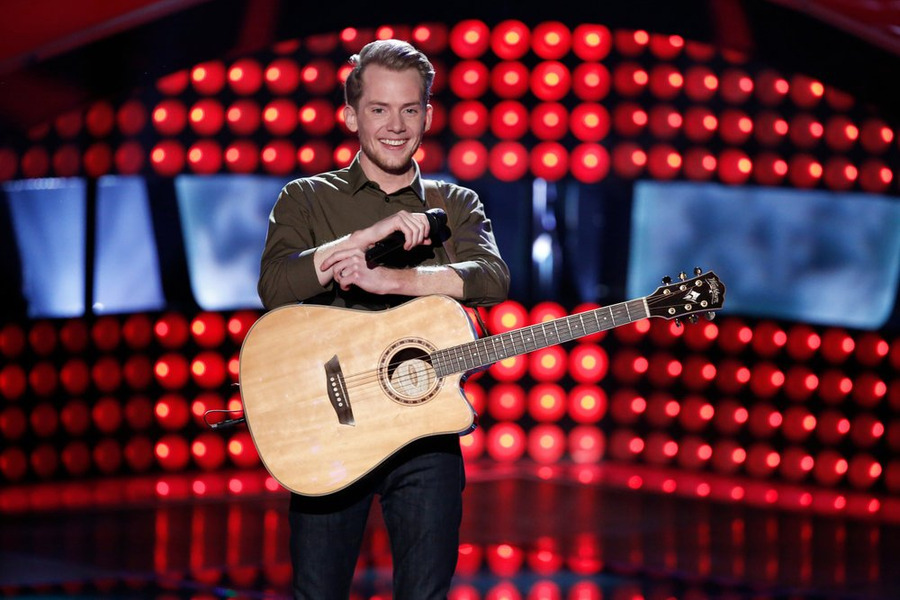 25-year-old Taylor Phelan, also of Texas, was making a mark for himself in the music world as part of the band The Canes. However, after the birth of his first child, Taylor opted to give the band up to focus on his family.

Now, with a successful design business at home, and more stability, too, Taylor auditioned for "The Voice" looking to come back to the music world bigger and better than ever.

His performance of "Sweater Weather" earned four "I Want You" chair turns.

"I was early (turning my chair) ... but you didn't even notice, because you were so lost in what you were doing - which is one of the best qualities that a performer could possibly have," Adam said. "And you have awesome happy feet. You were Elvis-ing out with the feet, and then that's when I started being, like, 'Dude, this guy's different and really knows about music.' And I turned around first - just keep that in your head - and you're awesome."

"I forgot I was on 'The Voice' for a minute," Gwen said. "I thought I could be at a festival and just seeing, like, a regular band. It felt so natural. That's the first time I actually felt that since I've been sitting in this red chair. That's pretty powerful."

She asked if Taylor was in a band. When he confirmed he once was, Gwen said, "I've been in a band for half my life. It would be really fun to work together."

"I'm going to stand up for the performance that you just gave," Pharrell said. He asked the audience, "How crazy was that, guys? Amazing. The guitar was a part of your body. And it's crazy, because half of your performance you weren't even using it."

"That's the coolest thing to do with a guitar - is absolutely nothing, because you're just like, 'I don't need it right now. Like, it's going to go back here (behind my back),' kind of thing," Adam said. "That's huge."

"Dude, man, you were, like, so melodically articulate. You belong on my team," Pharrell said.

"I've never seen an artist be so completely locked in," Blake said. "The only person I've ever seen that even has that style of stage presence is Ryan Tedder (of OneRepublic). You're one of those all-around kind of guys that can, pretty much, do anything.

Speaking to BTS, he said, "You know, watching my blind audition was really great. I'm a hypercritical performer and artist. And so, you know, I was obviously viewing my audition through the lens of, you know, memory. And my memory was one of nervousness and just anxiety.

"I mean it's a pretty intense process leading up to it. And, you know, it's just a very, like, overwhelming and intimidating, you know, situation. Even though I've played, you know, hundreds of times, it's such a very unique setting to be performing in.

"And so, you know, I obviously noticed a lot of my nerves coming out in my performance. But I was pretty pleased with it. I was pretty happy with the way that, you know, the actual show was actually put together; it was produced and edited together.

"I thought they did a really great job with that."

If Taylor is to advance, he said, "for me to really progress and do well in this, moving forward, I think that it is really going to be up to me to really just, you know, focus on what I know that I'm capable of, and give in to my capabilities.

"And I think that, in doing that, I'll overcome, you know, some of the nervous little hiccups that, you know, come with performing in that arena."

"The Voice" continues tonight. It airs Mondays and Tuesdays at 8 p.m. on NBC. For more information, visit www.nbc.com/the-voice.