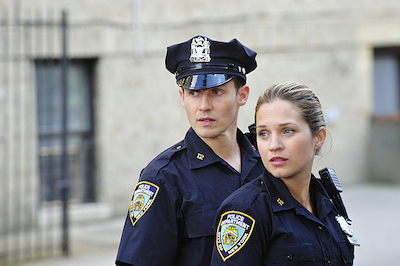 On the Twitter-friendly former, she plays the mysterious CeCe Drake. On the latter, CBS's top Friday show, she stars as NYPD officer Edit "Eddie" Jenko, who's the partner and possible love interest for officer Jamie Reagan (Will Estes).

"I definitely appreciate the irony. I think it's actually hysterical," Ray said, laughing, in a phone interview last week. "I think this is great. I'll see somebody walking up to me, and I'll try and guess which show they watch based on their appearance. And I'm usually wrong - that's the thing. Usually I'll see a teenage girl walk up to me (and think), 'Oh, she definitely watches "Pretty Little Liars"; she watches "Suits" (where Ray's Jenny was a recurring character), or something.' And then she's like, 'Jeddie' needs to get together, because they call us 'Jeddie' or 'Jamko.' And I'm like, 'Oh, my gosh, I totally missed the mark on that one.'

"And you know what? I'll get a lot of older gentlemen who'll come up, 'I love you on the show. But my daughter would kill me if I didn't take a picture with you, because they love you on "Pretty Little Liars." '

"I guess that kind of goes both ways."

Ray was born in California, but first made her mark in New York City.

"My career kind of started, actually, in New York, randomly," she said. "I sort of couldn't really get arrested in L.A. No one was really interested in me in L.A. When I moved here, I searched out an agent and a lot of things kind of opened up for me in a really cool way.

"And then, just, I think, because I loved California things, probably ... I decided to move back to L.A. to prove to myself that I could actually work in L.A.

"Things were going great in New York - I had no reason to leave! I decided to go back to L.A. I got 'Pretty Little Liars,' and that was pretty good and felt pretty nice. And then, of course, as fate would have it, pretty much as soon as I moved there, I started getting jobs back here, and got to come back for 'Blue Bloods.'

"It all kind of was, like, sort of crazy, but it was definitely meant to be, I think."

"Everyone had very exciting ideas about who Eddie was, and kind of figuring out what was going to work out best, and what was going to drive her, and why she wears her heart on her sleeve. She wears her heart on her sleeve all the time, you know?" Ray said. "She needs to sort of right some wrongs that, I think, she feels have been done to the world by her father (whom Ray called a "Bernie Madoff-type"). I think that sort of drives her.

"I think that every time the job is a job, it surprises her. Eddie is expecting it to always be (more). ... She's always helping somebody. When it's just a job, it sort of hits her in the face. She's always kind of trying to make it more than what it is - than what it's allowed to be sometimes."

Ray added, "In playing a cop, I'm learning a lot about that reality. Marisa and I did a ride-along with some police officers recently. It was really, really interesting, because there's a lot of little problems that they can't solve, and the frustration that comes with that, because they want ... to help everybody. But your job is to uphold the law, not necessarily fix everybody's problems.

"That's hard to do to sometimes, I think." 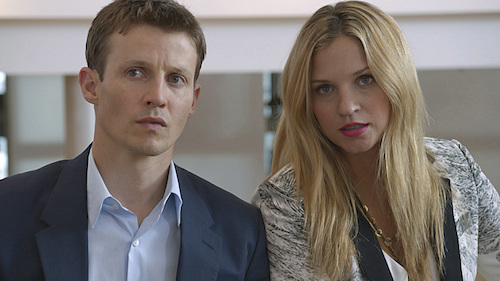 What's equally challenging for the men and women in blue is finding time for a personal life. Eddie and Jamie have flirted with each other - and writers have teased viewers with the possibility of their coupling.

So where might the two characters end up this season?

"Mostly what I can say is that it just gets more complicated - more tricky trying to figure out how they feel about each other, what their relationship is, how they continue to have a healthy working relationship," Ray said. "You're going to see them sort of play around with the idea of being with other people - having other partners, and how that complicates their relationship.

"I think the audience will be rooting in a big way for Eddie and Jamie this year - in a different way than you're expecting. I will put it that way."

Will they or won't they? The actress said she doesn't have a preference - so long as she can continue working alongside Estes.

"I feel like, as we're figuring out who they are as people, and where they sit in each other's lives, it may not necessarily mean it's romantic. It may just mean that they're meant to be best friends, or allies, or whatever it is down the road."

"Anything that keeps me working with (Will) makes me happy," she added.

Ray also is looking forward to working more with the other cast members this season. Up until now, she's primarily shared screen time with Estes.

"They've been writing in stuff where we all kind of get to even, like, high-five each other in a hall," Ray said. "It's a fun day to shoot, will all our quirky personalities.

"There's a lot of singing and dancing when Donnie and I are working together, because we both like to sing and dance a bit."

Ray said she and Wahlberg have a "tap-dancing personality."

"I definitely think Marisa and Will anchor us," she said.

"And then, of course, Tom," Ray continued. "Tom Selleck is like a genius, brilliant human being, who I'm so lucky to even get to be around. He's so, so loving, and so kind, and makes me a better actor. I have to ask him questions about what he thinks about my scenes, and the things that he says are just brilliant.

The new season of "Blue Bloods" premieres at 10 p.m. Friday on CBS. Fans can learn more about the show online at http://www.cbs.com/shows/blue_bloods/.

Ray, an avid tweeter and Instagram poster, uses the handle @vrayskull on both platforms. 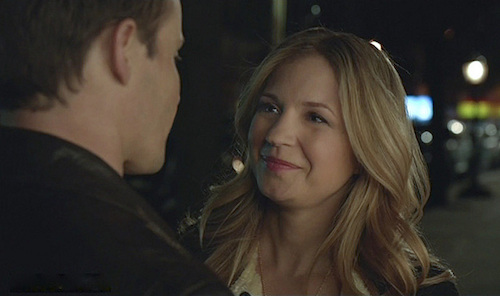