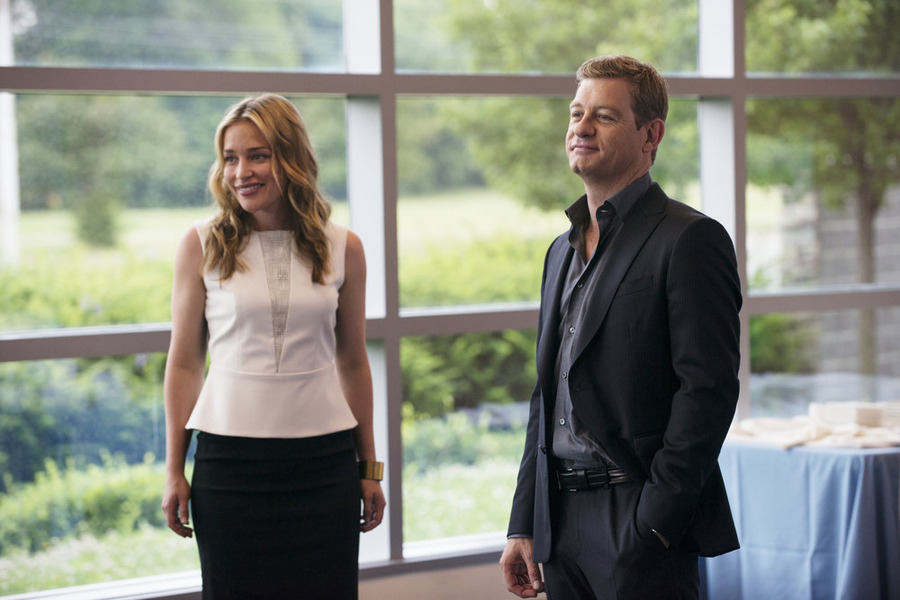 Nic Bishop has done a wonderful job of bringing his "Covert Affairs" character, Ryan McQuaid, to life this season. It was only fitting, then, when the actor emulated McQuaid and snuck onto a conference call series star Piper Perabo was having with television reporters Thursday.

"I didn't know you were going to get on the phone, Nic. I knew you were still filming," Perabo said to her costar.

"I apologize that I'm late," Bishop said with a charming tone.

The two conversed more throughout the call, talking about the weather and running lines together.

"I think ... the style of McQuaid has evolved because of how Nic and I do the scenes," Perabo said. "Nic has this real kind of, like, bravado, or something about the way he plays McQuaid. And the writers, Matt (Corman) and Chris (Ord) especially, they love that kind of man - that kind of quick-witted, throw-caution-to-the-wind kind of guy.

"So once they saw how Nic embraced it in those opening Columbia episodes, they got really excited. So like things like, you know, how he talks to her when he picks her up in a helicopter and this kind of, like, devil-may-care attitude has really begun to define McQuaid because of the way Nic plays it."

Throwing caution to the wind is nothing new on "Covert Affairs." At the end of last season, Annie took down series villain Henry Wilcox (Gregory Itzin), who had plagued her and the agency for years. It was a plot move many shows would've saved until the final episode, as storytelling tends to falter when the foil is, well, foiled.

But season five has been nothing short of a masterpiece for "Covert Affairs." Annie returned from dealing with Henry's demise (and a subsequent heart ailment) only to land in the middle of a terrorist bombing on a Chicago CIA site. She's struggled to keep her health scare a secret, let her friends and co-workers back into her life, and find the person or persons behind the attack.

As Annie has labored, "Covert Affairs" has effortlessly moved from episode to episode with interesting stories, plenty of twists and turns, and the show's unique blend of action/adventure.

"Initially, you know, in the beginning, in seasons (one) and even in two, we were doing sort of more serialized storytelling - kind of mission-of-the-week stuff - and we've evolved - you can see, especially in season five - into longer arcs," Perabo said. "And I think Henry Wilcox is this kind of ubervillain. Especially throughout season four, (it) was a real attempt to try and do a really long arc.

"And when we finished season four and Annie was on a boat, you know, at sunset riding out in the South China Sea, when we finished it, I had no idea: She could have gone anywhere. You know, they leave it on there on this gunmetal gray boat going out to sea. She could never return to the spy life. She could go live with (her sister) Danielle in California. Like, it could have gone anywhere.

"And the fact that she decides that she needs this work, and this work is part of who she is, I think really honors the fans who've watched the show from the beginning. Instead of going off on some, you know, crazy new idea, we stayed with the world that the, you know, the viewers had initially let us pursue. So I don't know. I'm glad that we've evolved, but that we've also stayed in a world that was working from the beginning."

In season four, Annie finally got together with her handler and friend, Auggie (Christopher Gorham). Alas, their romance was short-lived, as she opted to fake her own death to take Henry off her trail.

Fans were disappointed, but quickly recovered thanks to the Annie-McQuaid storyline. As Annie tried to return to some sort of normal life, McQuaid was there to serve as a sounding board, a resource, a partner and, maybe, a love interest.

But just as fans were starting to write "McWalker" with a heart around it, McQuaid was spotted with a bad guy. Annie was shocked - disappointed, even - but quickly and quietly looked into McQuaid. In last week's episode, it appeared he was behind the Chicago attack. However, in one of the final scenes, he came to Annie and told her he was being framed.

Bishop said McQuaid's introduction to Annie "was kind of dubious, and she was very apprehensive about him - and still kind of is. ... If a guy is sort of overtly charming or seems like he's always got everything together, then that also lends itself to a character that could be suspicious or dodgy, you know? So it's got that kind of fine line."

In Tuesday's summer finale, Annie will look to solve the mystery - at any cost.

"I think when Annie went dark and she cut ties with her whole family, you know, they thought she died, we've never gone back to that, and Annie has never told her family that she's even alive," Perabo said. "So all she really has in her life is the people that she knows at work, so that makes the mission everything, because if they take your work away, where are you, you know, when you've alienated yourself from your family and you've just made this mission such a high priority? She's at a tricky place.

"And I think that's why ... having a relationship with somebody like McQuaid or Auggie, people really root for that, because I think, in some ways, Annie needs that kind of grounding and real life moments, because she's just working all the time." 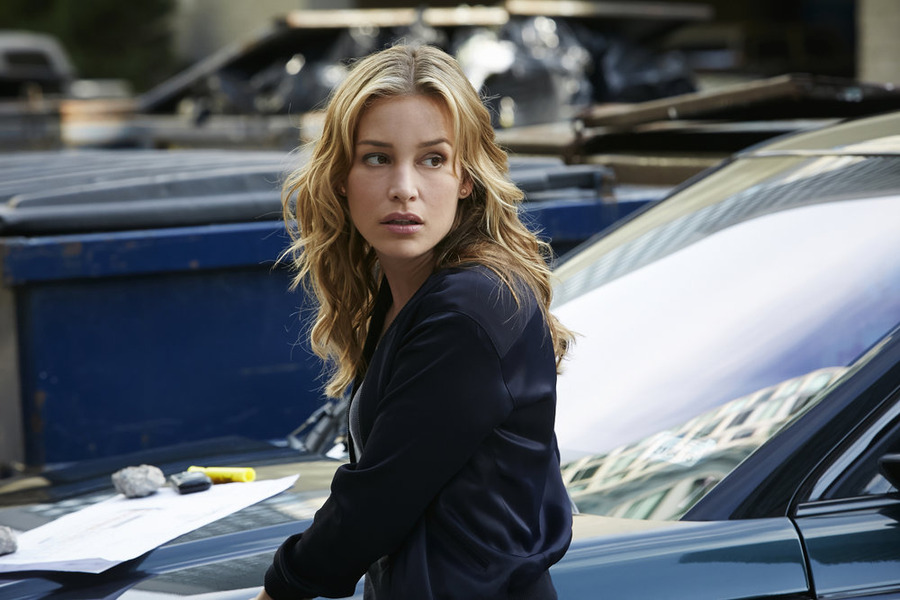