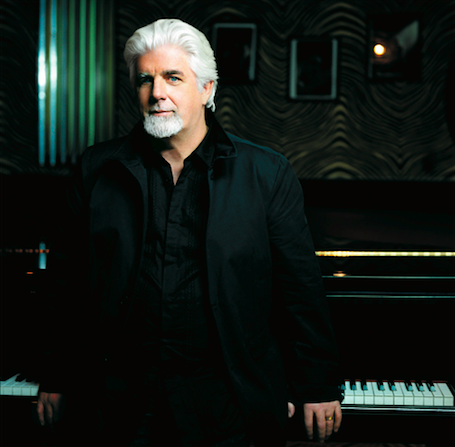 There's no denying Artpark & Company booked its most ambitious "Tuesdays in the Park" concert season ever this year. Rock and Roll Hall of Fame acts Daryl Hall & John Oates, Heart, Aretha Franklin and Beatles drummer Ringo Starr were just some of the acts that took the stage during the course of the three-month series.

It's fitting, then, that the man who first took "Tuesdays" to award-winning, record-crowd-size success closes its most impressive season.

Michael McDonald will co-headline the final "Tuesdays in the Park" concert on Aug. 26. The singer with the distinctive baritone voice was the top draw in 2005 - the first year Artpark & Company went all-out to bring top talent to Lewiston - and drew more than 12,000 for a second appearance in 2008.

When informed of his popularity at the venue, McDonald said, "That would make me feel fantastic, obviously."

"Artpark is a beautiful venue, for one thing," he noted in a recent phone interview. "To be up there playing on stage and have Niagara Falls right behind you there is a pretty amazing experience."

McDonald has collaborated with a vast number of musicians, but he's best known for singing alongside Steely Dan, fronting the Doobie Bros. for five years, and then achieving a successful solo career. He registered hits in four decades with songs such as "What a Fool Believes," "Taking It to the Streets" "I Keep Forgettin' (Every Time You're Near)," "Sweet Freedom" and a cover of "Ain't No Mountain High Enough." Subsequently, he's found favor with audiences spanning in age from grandparents to teens. (The slightly older fans grew up with his music, while the junior set recently caught his comedic performance with Jimmy Fallon and Justin Timberlake.)

When asked what it is about his voice, or his music, that resonates with audiences, McDonald simply said, "Gosh, honestly, I don't know."

"I feel fortunate in that sense," he said. "My band and I, we love going out and playing - and nobody's more surprised than we are that we're still doing it. We really, truly enjoy it.

"I think the music that's from the '70s, it kind of has, I don't know, it seems to have had a universal appeal over the years. It was a great time to grow up and be a young musician. I feel very fortunate having come up in that decade."

"We've been having a ball," McDonald added. "We've got one of the best bands that we've probably ever had over the years."

"We're lucky enough to have a band of this caliber, and we still have audiences coming to see us," he said. "It's quite a privilege for us."

McDonald, on his own, has proven capable of moving Artpark audiences to sing, dance and celebrate. This time around, though, Artpark & Company has paired him with co-headliner Toto.

"Michael McDonald did exceptionally well his two previous appearances here," President George Osborne said. "He is an excellent artist and has a substantial following in this market. However, I did not expect him to draw as well this year as he did in those two previous appearances, and that is why the package with McDonald and Toto was very appealing.

"To my knowledge, Toto has never played Artpark and we are always looking for acts to make their Artpark debut. Combining Michael McDonald and Toto on the same bill will give us a special night unlike any of the other concerts we have presented this summer.

"I am excited about having Michael McDonald back at Artpark and welcoming with him Toto. It should be a lot of fun and a great way to bring our 2014 season to a close. Just give us a warm, sunny evening and all will be well."

An unusually high rainfall has somewhat hampered Artpark attendance this summer. That said, a double-bill of this magnitude should draw fans regardless of the weather.

Of Toto, McDonald said, "I've known those guys forever. I remember I met Steve Porcaro and Jeff Porcaro when they were both teenagers out in L.A. We all kind of came up together at the same time in L.A. We'd play clubs together. There were sessions, at the time, together. I've always had great respect for those guys as musicians."

The Porcaros, David Paich and Steve Lukather took Toto to the top of the charts at the same time McDonald found fame.

"We go way back," he said. "We're old friends, so it's great fun to be on the road together. And those guys are a riot.

"But they're also one of the best bands. We played a gig with them a few years back, and I hadn't heard them in a long time - I hadn't seem them in a long time. I was amazed at how many great records that they had had. I thought of Toto; I thought of 'Hold the Line' and 'Africa.' But there's so many other songs that they had huge hits with over the years. ... They made some of the all-time great, classic rock records through the '80s and '90s."

McDonald is unlike many performers in that when he performs he can draw from many different musical genres, including R&B, rock, jazz, pop and soul.

"We've always just kind of focused on playing and putting the music over as well as we possibly can live," he said. "It's a whole 'nother experience to play it live than being in the studio."

"We do a little bit of everything," McDonald promised. "I try to draw from as many of my own experiences, musically, as I've been lucky enough to have. So, we'll do a little bit of the stuff I did with the Doobies, solo stuff, some of the Motown stuff. We'll be adding some songs, hopefully, this tour that we haven't done in a while - a couple songs that we've kind of pulled out from the past. And then, hopefully, at some point we'll be doing some of the new stuff that we're recording now."

McDonald is working on a new album in Nashville. He said it's a collection of remastered demos he initially sought to catalog and was later convinced to make public.

He said it's "certainly a record I would've never done if I had time to think about it. ... It's a much different record than I've ever done. ... It's a little bit of a lot of things."

The Michael McDonald-Toto concert begins at 6:30 p.m. Artpark is located at 450 S. Fourth St. For more information, or for tickets, visit www.artpark.net.