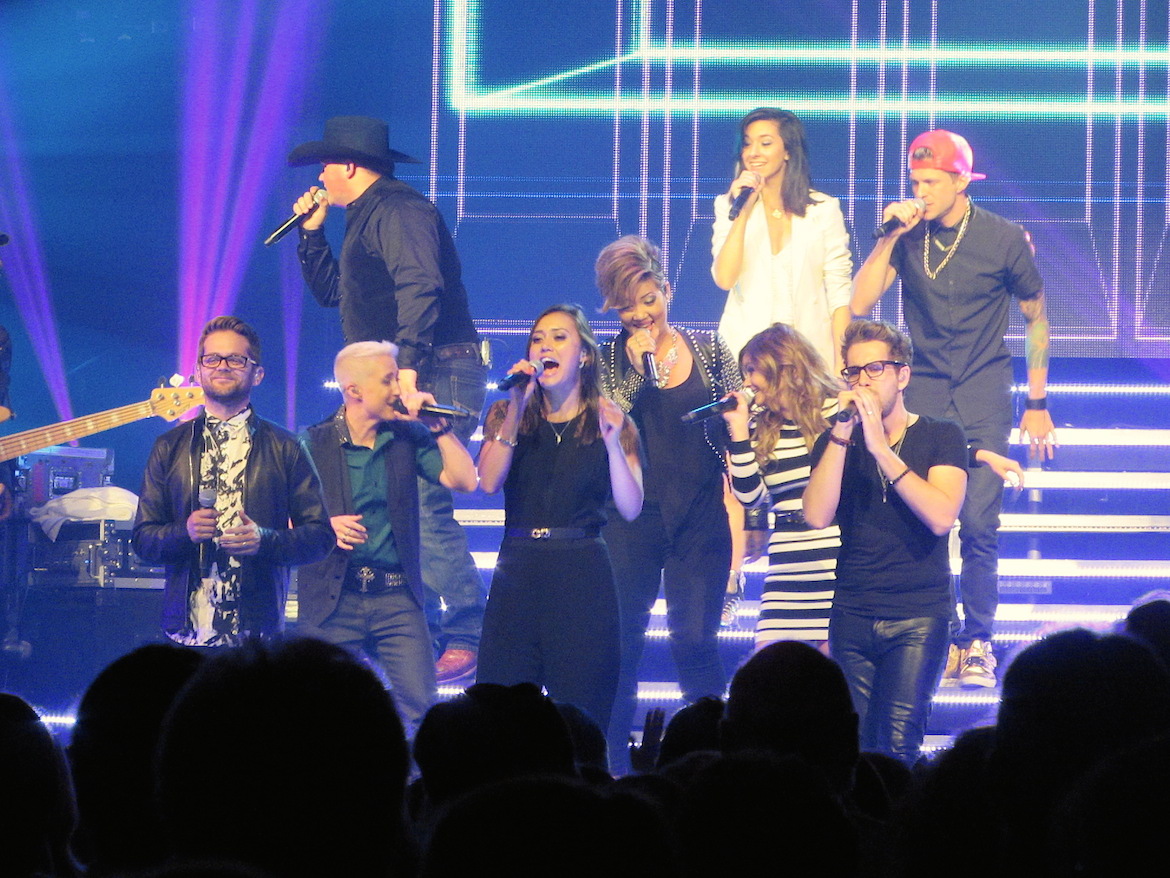 'The Voice Live' tour is a blast

We've all watched "The Voice" on television and rooted for its singers. But few of us have had the opportunity to experience the show live.

Realizing this, the powers that be behind America's favorite singing competition have arranged it so that "The Voice" could come to "the venue" in each fan's backyard.

If you wondered what it would feel like to watch "The Voice" live, to interact with the singers and hear from the coaches, this concert is your answer. 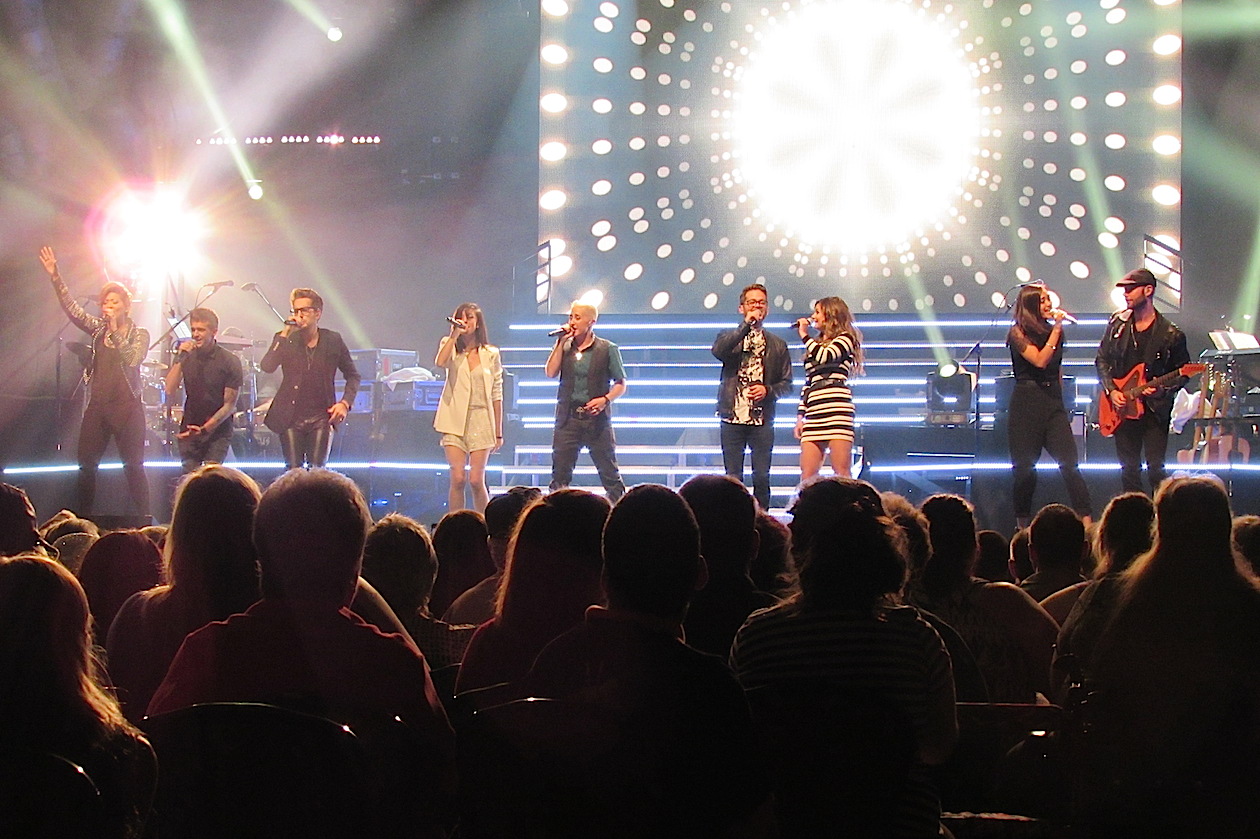 The live tour has all the fun, excitement and humor of the TV show. ... That, and sing-alongs, dancing in the aisles, blind auditions, giant red balls bouncing around the crowd, and the occasional Kristen Merlin selfie (ask the fans in section 100).

"The Voice Live" Tour visited the Seneca Niagara Casino in Niagara Falls Friday. The participating artists were chosen based on America's vote and their respective finish on the show. Throughout the two-hour concert, each performer proved worthy of a spot on stage. There wasn't one singer who would be out of place leading his or her own solo gig at the 2,000-seat Events Center.

Season five champion Tessanne Chin was fantastic, but runner-up Jacquie Lee brought the house down with her rendition of "I Put a Spell on You."

Newly crowned season six winner Josh Kaufman is probably the most vocally gifted male performer to appear on "The Voice." That was evident in Niagara Falls. But castmates Christina Grimmie, Jake Barker and Merlin all shined in solo and group performances.

As far as the audience was concerned, every performer was "The Voice." Each was cheered and received attention from the audience.

Like the TV show, the live tour has singers rotating on and off stage performing snippets of popular songs. In between numbers, giant screens offered highlights of past seasons and a "Best of" the coaches comments.

The season six singers - Kaufman, Grimmie, Barker, Merlin and Jake Worthington - performed cover songs, while the season five cast members - Chin, Lee and Will Champlin - were afforded the opportunity to sing one of their own songs.

Season one finalist Dia Frampton performed "I Need You," a song she created for her new project, "Archis."

The audience gave Chin a standing ovation for her version of Whitney Houston's "I Have Nothing," and heartily cheered for Merlin and Worthington's cover of The Band Perry's "DONE." and group numbers "Happy" (penned by season seven coach Pharrell) and Imagine Dragons' "Radioactive."

Other highlights included Grimmie's rendition of Miley Cyrus' "Wrecking Ball," which earned her four "I Want You" chair turns in season six, and a duet between Chin and Kaufman (Rihanna's "Stay").

For more on "The Voice Live" Tour, visit http://www.nbcthevoicetour.com/.

>>See more photos in our gallery. 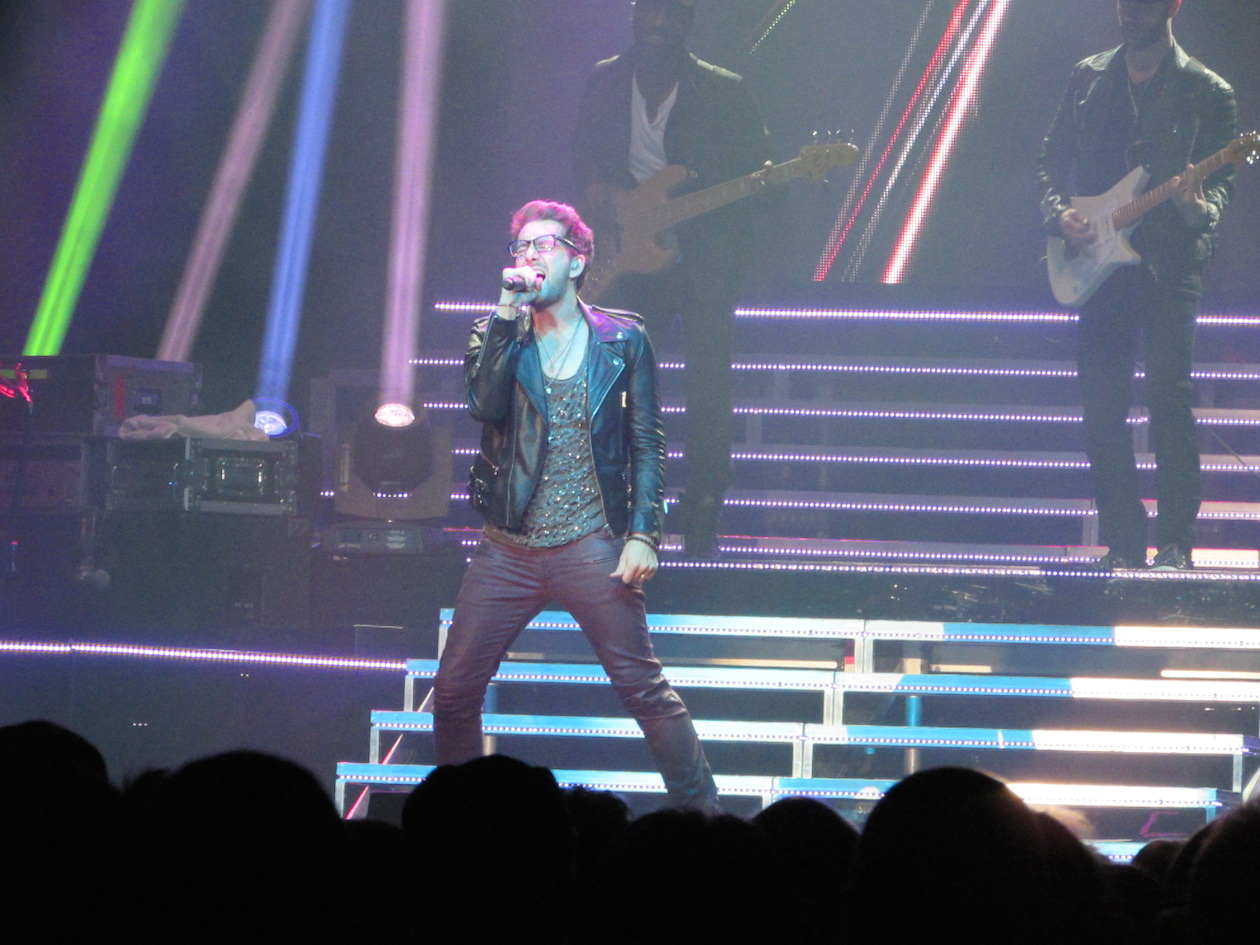 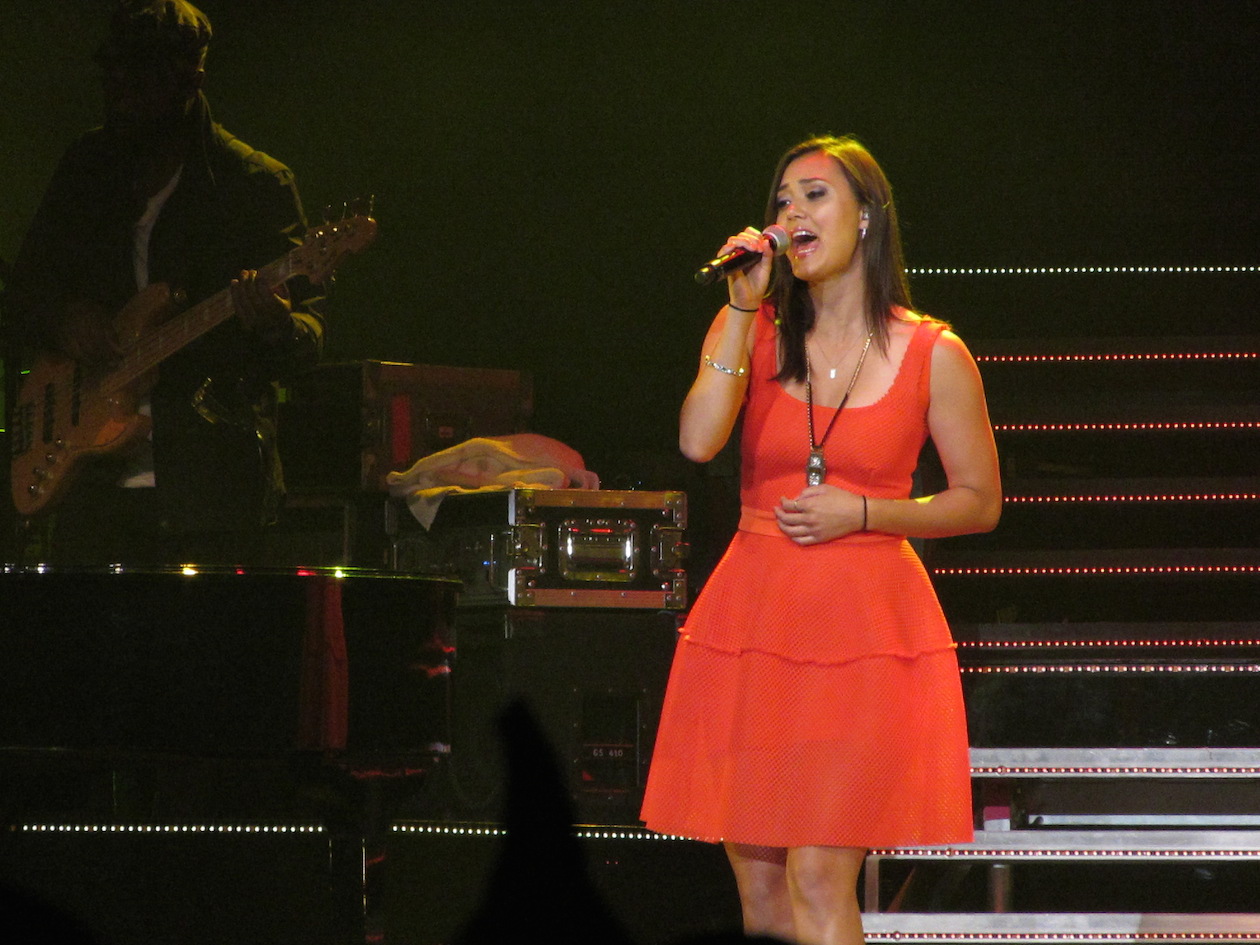 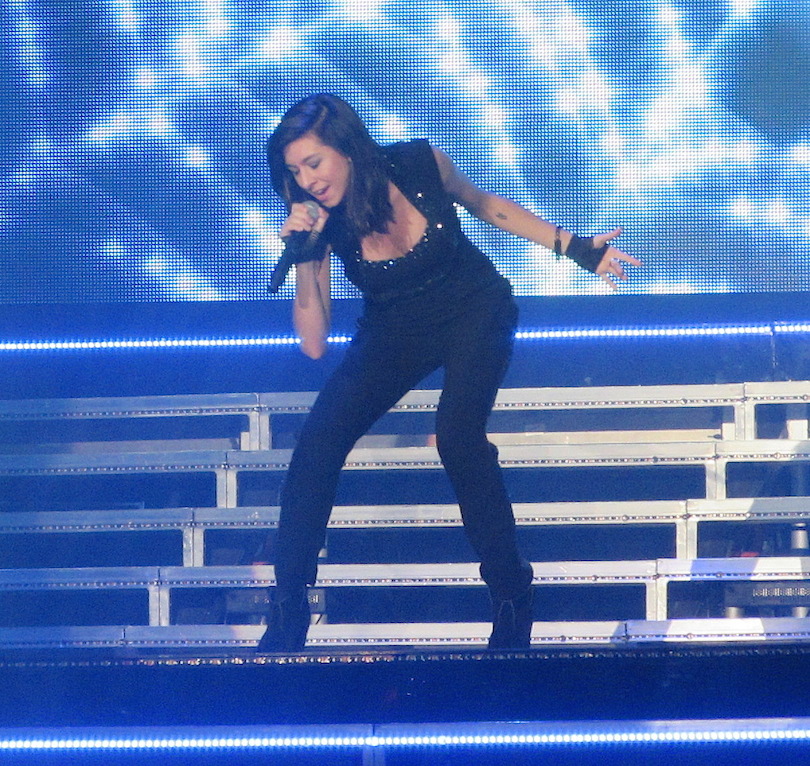 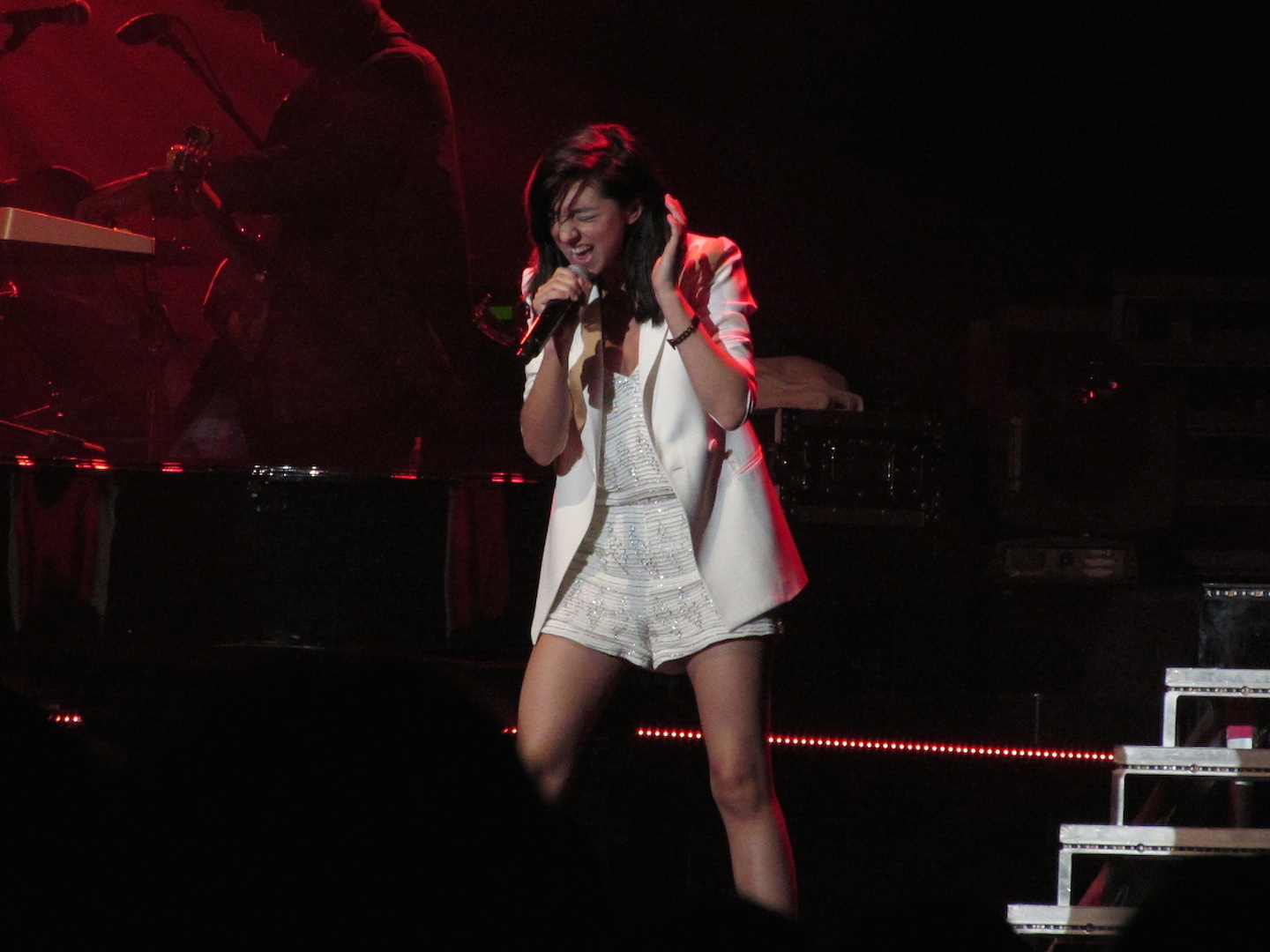 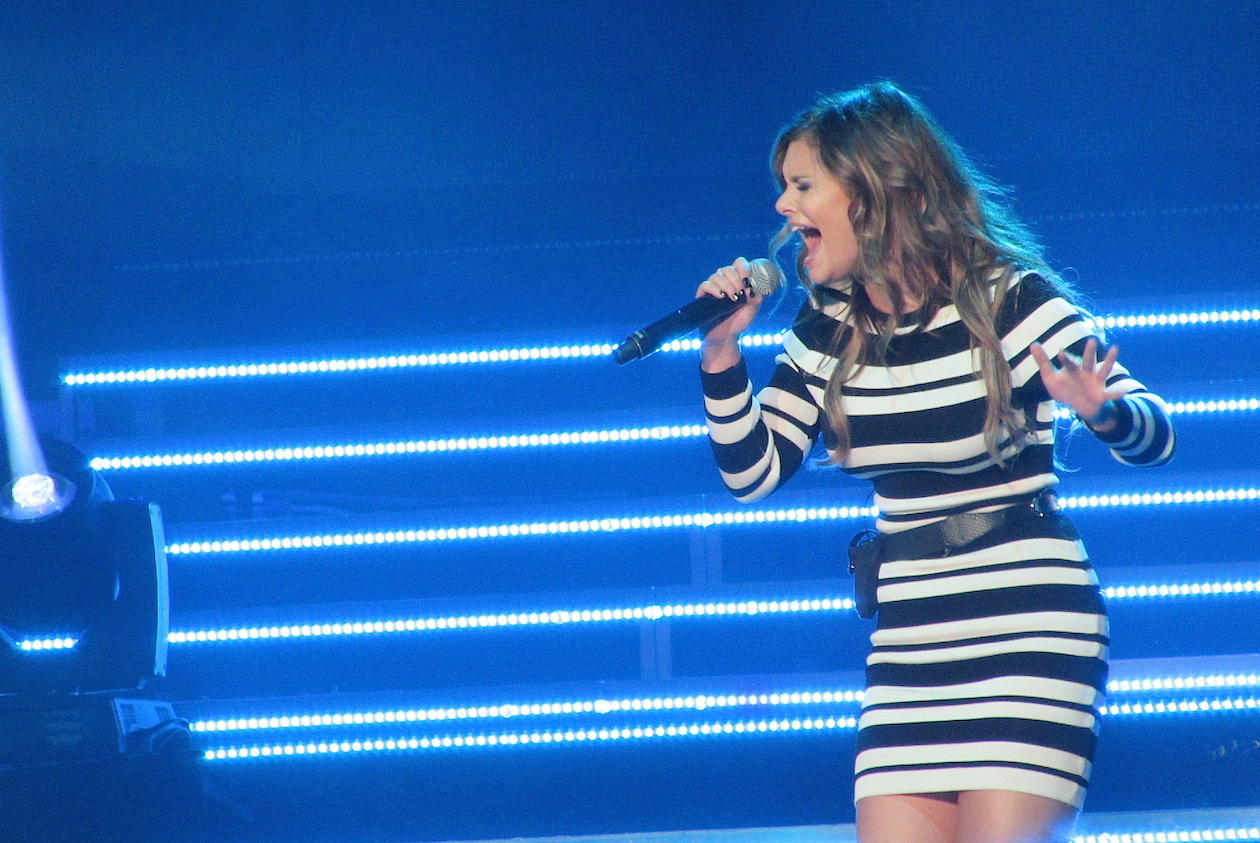 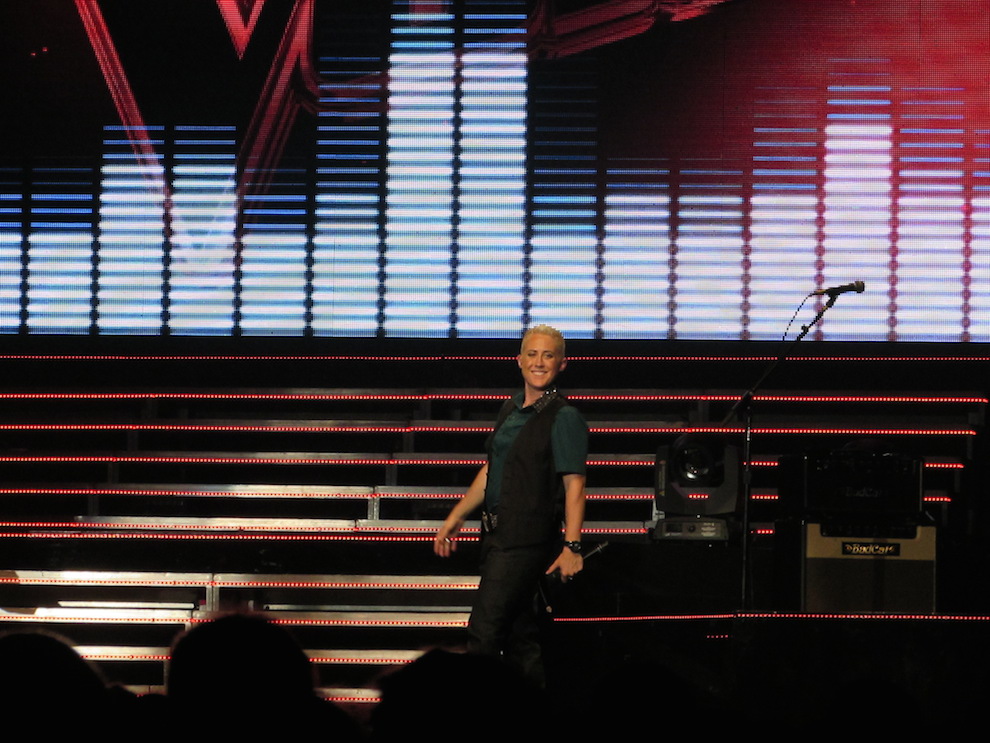 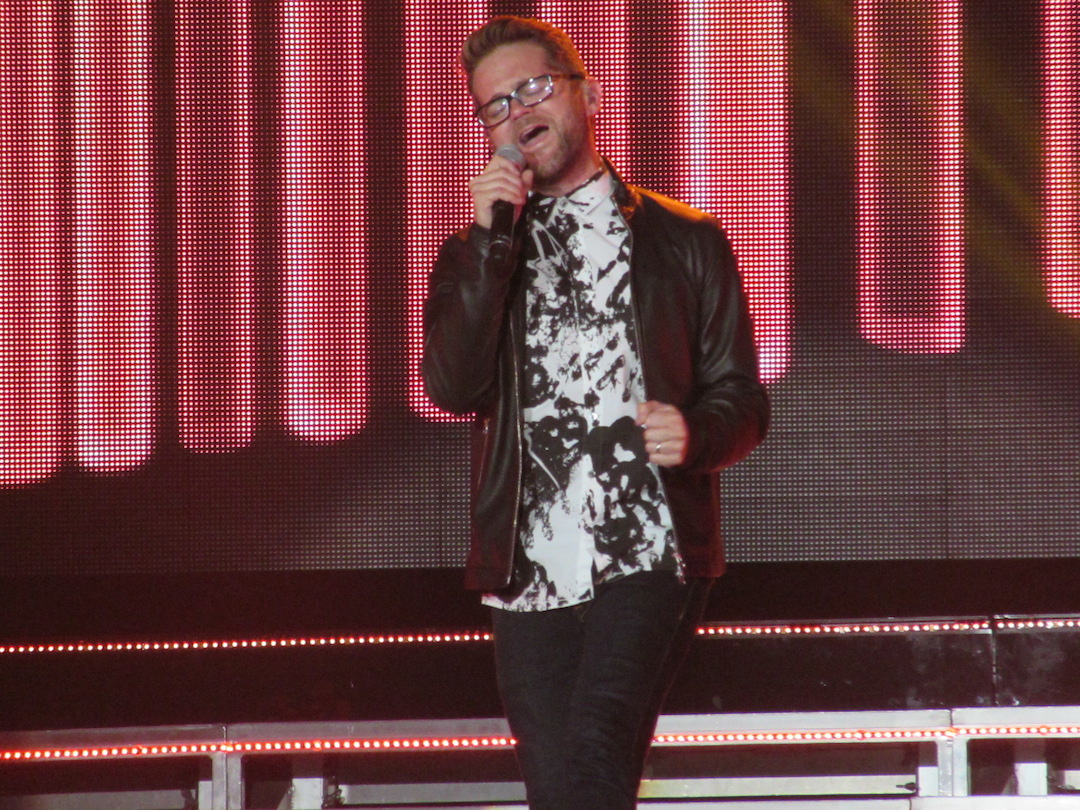 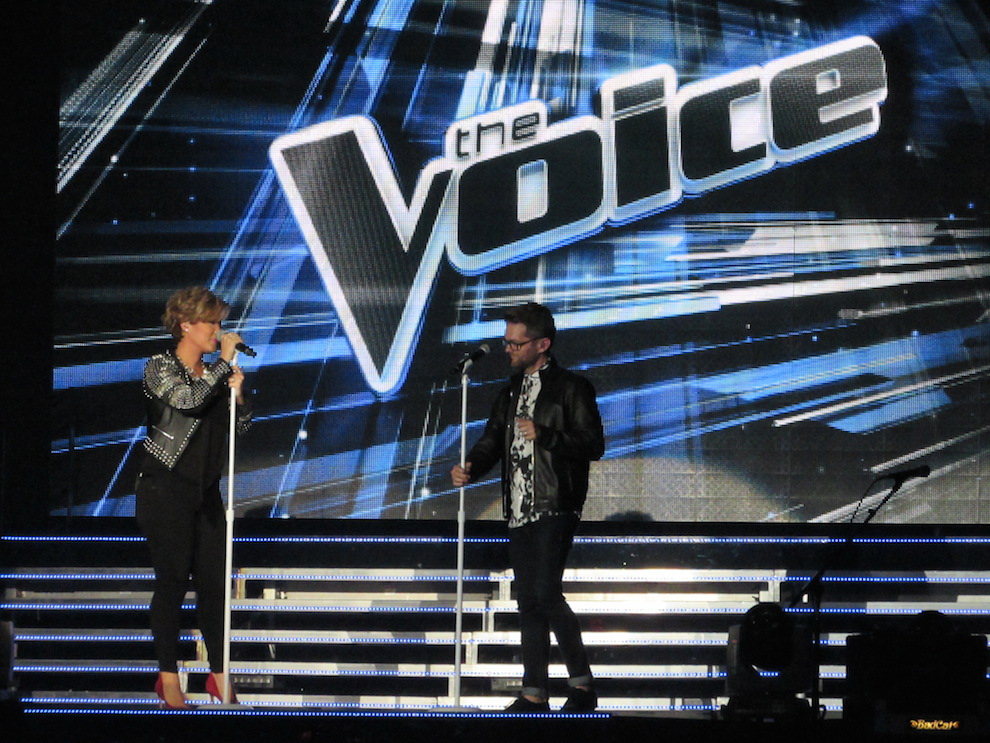