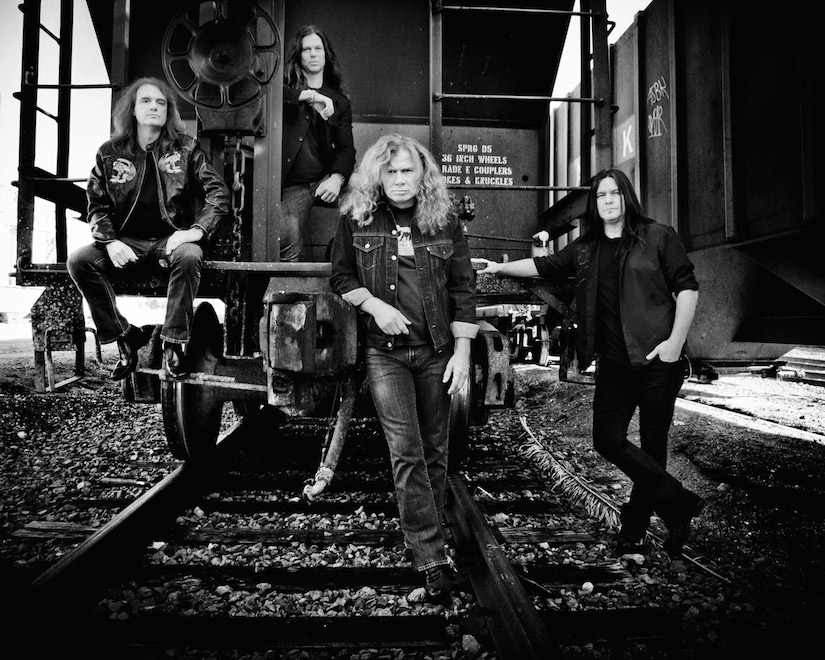 Megadeth bassist David Ellefson has toured the world. He's been everywhere from India to Argentina, Thailand to Estonia and Russia to Switzerland.

And yet, up until two years ago, he'd never visited Western New York's "Eighth Wonder of the World."

"We've been going through that area for many, many years," he said in a phone interview Monday. "And it's funny. When we were there last time, which I guess was probably two years ago, we played in Buffalo. And Dave (Mustaine) and I ... went out to go see Niagara Falls. I'd never been there. All the years we'd been touring the world, I'd never been there before. It was really cool to go and see it. I'm looking forward to going back and seeing it again."

Ellefson, frontman Mustaine, and Megadeth are full of surprises.

For starters, the band is not comprised of devil-worshippers, as some may believe. In fact, both Ellefson and Mustaine have professed their Christianity in interviews with the Dallas Observer and Rolling Stone.

In terms of artistry, Megadeth is not an illiterate, head-banging bunch of bozos like some acts in their heavy metal genre. To the contrary, these musicians are often credited with writing intelligent, socially observant lyrics.

Ellefson and Mustaine are even published authors.

Some critics didn't expect Megadeth to be relevant in 2014. However, the band, which hit the top of the Billboard charts in the late 1980s and 1990s, is now in the midst of a career revival. A new lineup - including Chris Broderick on guitar and Shawn Drover on drums - and a new album, 2013's "Super Collider" - have netted the band legions of new fans.

"In the beginning, we were probably more like The Who meets The Sex Pistols," Ellefson said. "You know, there was this very aggressive, punk-rock, obnoxious ... musical ability in the band. And then, over the years, we've just refined that. I would say the band is the best now that's it's ever (been) - the current lineup.

Today, record sales are largely a thing of the past. But fortunately for Megadeth, music fans are going to concerts more often. Ellefson and Mustaine, having rocked a stage or two in their lifetime, have found a way to make Megadeth concerts not only unique, but must-see.

"Our shows have been very interactive with the audience right from the very beginning - right from our very first shows back in 1984 when we went to San Francisco Bay-area and debuted the band," Ellefson said. "And, honestly, it really hasn't changed much ever since.

"Some of the venues have gotten bigger, but the interaction between our fans - just what our music does to inspire them, and how they, in turn, inspire us, it's a very interactive experience that happens between us. It's just something that you have to be there to experience it.

"Even when we play festivals - there's a lot of bands throughout the afternoon and into the evening. When we are on stage, it definitely changes, and it becomes a Megadeth show."

"I think a lot of the newer fans, they look to us - there's this legacy of the mighty Megadeth," he added. "I think that's what we saw when we did the 'Rust in Peace' 20th anniversary tour four years ago. There's almost this desire to want to know what the original fans years ago got to be part of."

When Megadeth headlines "Tuesdays in the Park" at Artpark next week, Ellefson said, "We have, certainly, the Megadeth staples that are always in the show, just because they're crowd pleasers. Ultimately, we're there to play a concert to make the fans happy. For us to just stand up there and play every song we want to play would be entirely self-serving.

"There's the staples. There's, certainly, some of the more recent songs we want to play, especially if it's a song off of our latest record, 'Super Collider.' And then we try to dig into ... we go to, lots of times, the forums on our own megadeth.com website. We pay attention to what fans are requesting."

"We try to have a good mix," Ellefson added. "We also try to change it up. Sometimes we'll even go back and look into what we played the last time we were in the Niagara Falls area. We want to make sure we don't play the exact same setlist. We keep all of our setlists, and we go back and look at them to make sure that we keep changing it up every time that we come through."

"We've done this several times," Ellefson said. "It definitely kicks your butt, that's for sure, just because of the time zones. It's also exhilarating."

In true rock star fashion, he added, "One of the cool things about being on tour is you come into a town; you and your fans unite forces; you destroy the place; and you move on to the next city." 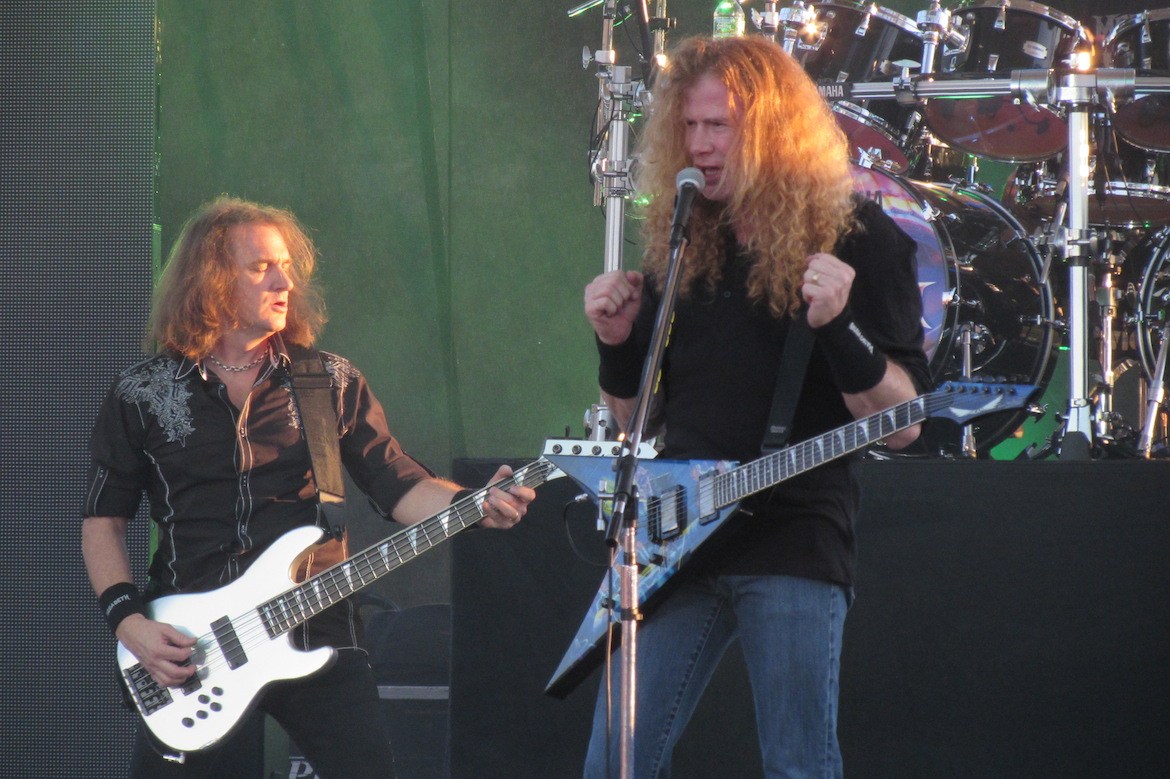 Megadeth performs at Artpark in Lewiston 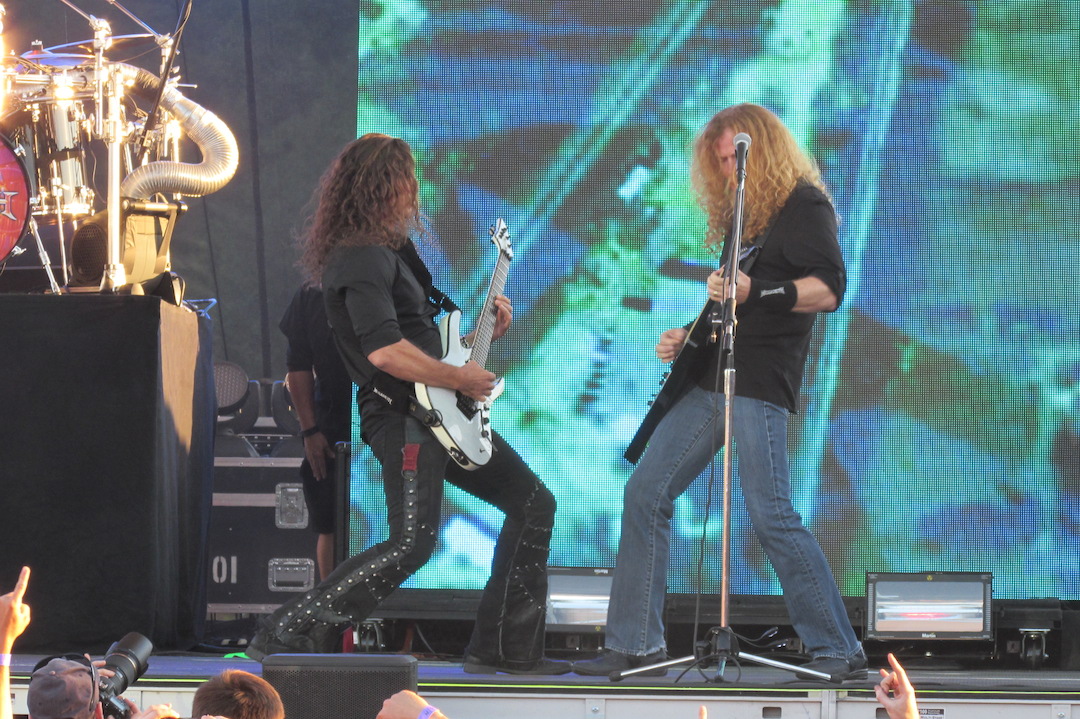 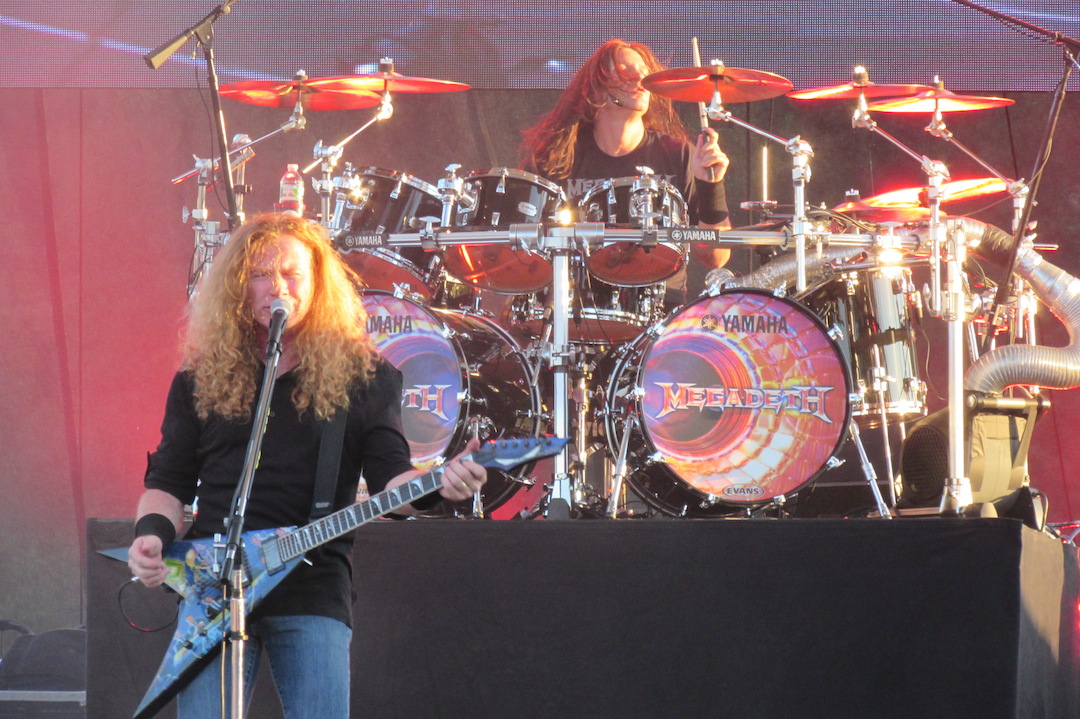