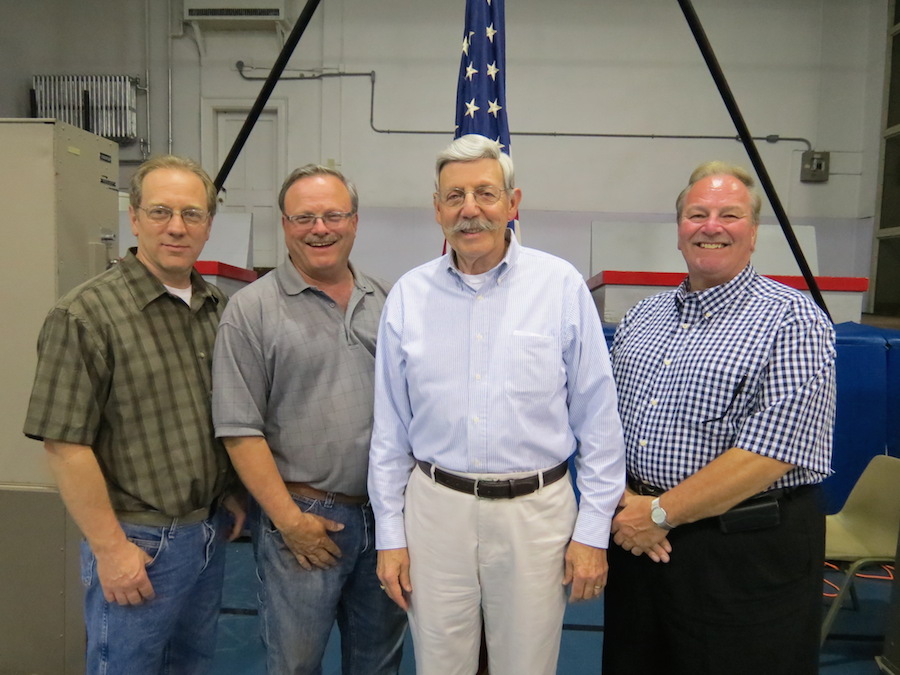 Residents in the Village of Lewiston re-elected Mayor Terry Collesano Tuesday. He will begin his second term in July.

Collesano said the victory shows residents are pleased with what he's accomplished since his 2010 election.

"I'm encouraged," he said. "I think that the people still have confidence in me, as well as my board, by the showing of the vote. So, we'll just continue doing what we've been doing: have transparency; open government; have people see what we're doing. And we're always open to ideas - new ideas. If anyone wants to come forth, they're more than welcome. Our doors are always open."

Symmonds, a political newcomer, presented Collesano with a serious challenge. The former Planning Board member owns and operates Angel to Apple Clothing & Shoe Boutique on Center Street, and is highly active in the local business community. She received strong endorsements from past Lewiston mayors Richard Soluri, Bill Geiben and Marilyn Toohey.

"It's been tough," Symmonds said. "It's been a long two months. I worked really hard to get where I did. It is disappointing. I know people say it (all the time), but my heart really was in it. I really wanted to do better for Lewiston. I was doing it for the right reasons, I believe. I really think I could've made a difference.

"I'm so grateful for those who did come out and support me today. I really am. And (grateful to those) who helped me through the process. It's amazing the people you find out who are in your corner and who support you. It's just been an eye-opener all around."

On April 22, Symmonds won the Democratic Party caucus. The next day, she learned her party had been disqualified due to an alleged caucus posting violation.

Symmonds formed and ran on the Voice of the Village Party line.

Lampman, a legal nurse consultant and former restaurant owner, is a 30-year village resident. She created and ran on the Lewiston Village Party line.

The mayoral race was the only contest with competition. Republican trustees Bruce Sutherland, Vic Eydt and Dan Gibson ran unopposed. Sutherland, the village's deputy mayor, and Eydt, its senior member, both were re-elected for a four-year term. Gibson was elected for the first time. Collesano appointed him in January after Trustee Dennis Brochey resigned to assume the role of Town of Lewiston supervisor. Gibson will carry out the seat's final two years.

Toohey was the last woman and Democrat to serve as mayor in Lewiston. She was in office from 1977-94.