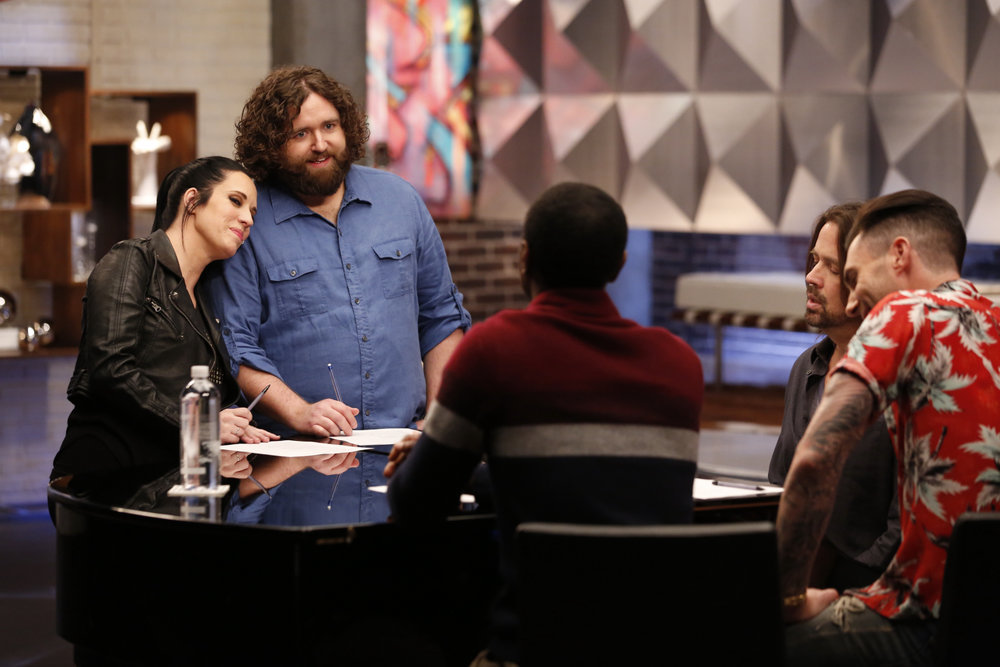 'The Voice': Singers are friends, even in 'Battle'

Though only one will win, performers are tight-knit, supportive of one another

It doesn't make a lot of sense, if you think about it.

On "The Voice," 48 singers were given the opportunity to enter a competition where one singer will win a job in what is largely considered the worst industry on Planet Earth.

I mean, speak with any artist with aspirations of a music career - or any performer whose had to deal with a record label - and they'll tell you one thing: the music industry is a cutthroat, blood-sucking monster. ... Unless you've reached a level equal to that of "The Voice's" four coaches, which is what each of the 48 endeavored to do this season.

So, heavy competition + only one winner + national TV exposure + a dog-eat-dog industry: Jeez, you'd think the competitors on "The Voice" would hate each other. Surely, they'd want to isolate themselves and focus solely on winning. Right?

Season after season, without fail, the singers on "The Voice" enthusiastically talk about the friendships they've made, the company they've shared, and the memories they'll cherish.

"Well, this is how I look at it: I've met all these amazing voices on this journey. And for me, if you receive a gift from the creator, I would be crazy to question him giving it to you or you owning that gift and being (selfish)," Sisaundra Lewis told BTS after the first televised "Battle Round" performance. "So, I give respect to every singer that can do what they do. And so that, to me, allows us to open up and be friends and just accept the magnificence of the challenge that's there. It's all about love and making sure that we're nurturing the special gifts that we have. That's the way I approach every singer."

Jake Barker said singers become "kind of like a family."

"We're all different in so many different ways, and we all love doing this," he said. "And not only, you know, does it help to have support from each other - I mean, although it's a competition, just because we're so different, it's easy to become fans of each others.

"I'm a fan of so many of these guys' voices. And they're absolutely incredible. And we're making connections and lifelong friends with each other. So I think it's sometimes you look at it as the competition aspect, but to be out there with these talented people is just - it's just so awesome to hear them, to learn from them and, you know, to share different life experiences.

"And we're so close because we're always together. It's just - it's hard to look at it that way (as a competition) until, you know, the day comes where you're on stage. And for the rest of the time, you know, we all get along and it's great to just hang out with each other and be around so many talented people."

Dani Moz said only one person will win, but every person can gain something from the experience.

"For me, knowing that, yes, there is only one winner that can come out of this competition, it's just all about enjoying the ride with these tremendous, talented artists along the way, because the collaboration and the camaraderie really just helps fuel the fire," she said. "I know for me, personally, it's just so inspirational to not only hear everyone's stories, but to just hear the talent ... and the voices that come out of their mouths.

Patrick Thompson said that, while the industry is awful, musicians are awe-inspiring.

"I'd just say everybody out there is not just a musician. It's not just a person playing music, you know? Everyone out there just has such a love and such a respect for music," he said. "And, you know, it's, they believe - each one of us, we believe that it's something we can do for a living, and actually do something that we love and make a living at it, you know?

"None of us live in huge mansions and drive fancy cars and stuff like that. ... We're all down-to-earth people. We're all there for the same reason, and it's the love of music, you know? I don't feel like anybody really feels like they're out there, like, 'Oh, I'm going to get you,' you know?

"But it's just amazing to walk into a room ... with five people and just sing a note and everybody join in perfect harmony like a choir that's been, you know, rehearsing for years. So it's been a blessing no matter how far I make it in the competition."

"We've all heard the stigma about, you know, the music industry and, like you said, as being very cutthroat. But I think the really cool thing about this competition is the fact that, you know, it's - we're - like everyone said, like, we're all friends," he said. "But to add to that, you know, because everybody is such a tremendous talent and because we bring so many, you know, so many different and unique things to the competition, it almost as if - it's almost as if we're pushing each other to, you know, be our greatest selves.

"You know, watching the 'Battles' last night, I was really able to see, like, some really cool things, you know, that I took from everyone's performance, you know, in order to make myself better. And so, you know, it's like - it's almost as if we're pushing each other.

"And it's beautiful because, like everyone said, we're all friends. And we all want to see each other do well. And I think that's probably just the coolest thing about this whole experience thus far."