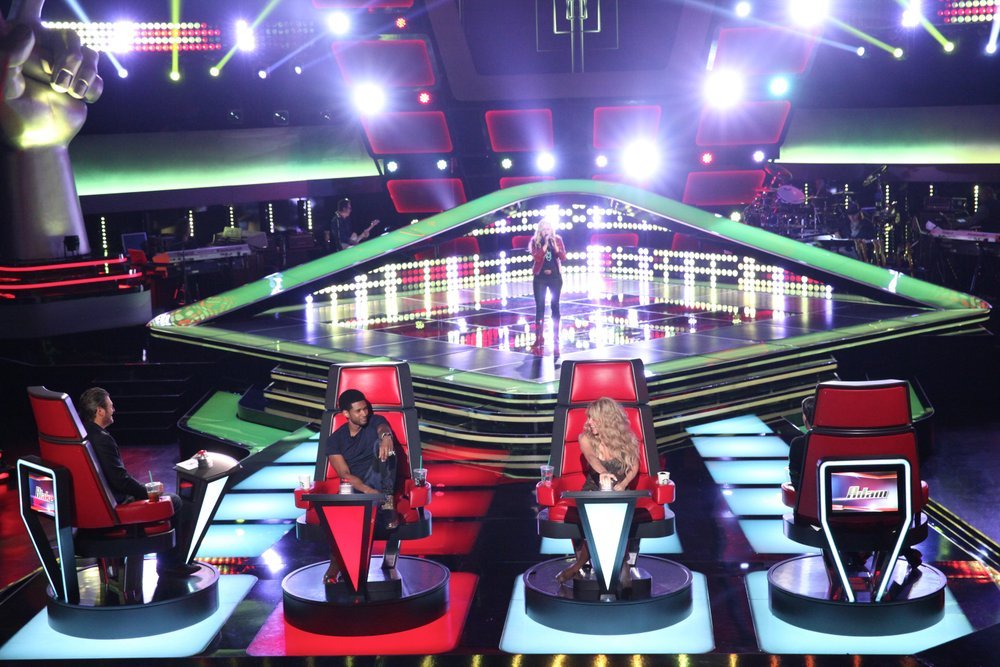 'The Voice': Coaches turn chairs, give chairs to Cary Laine

We've seen four-coach chair turns on "The Voice," and we've seen all four coaches fight over singers. However, it wasn't until night two of the season six blind auditions that we actually saw coaches give up their chairs to a performer.

"It was crazy," Cary said Wednesday. "Honestly, it was nice to see it back, because when you're up there on that stage and there's all the adrenaline, I mean, and you're basically, your life, your dreams are on the line, it's kind of a blur.

"I was just hoping I didn't say anything really dumb. But no, it was amazing. It's complete vindication, because I've been a fan since I was a little kid and, you know, this has always been my dream to sing, and I write and play, so this is - 'The Voice' is a huge audience, and it's a huge opportunity. And then to actually be able to get to this point, and then have those chairs turn around, and then to have them praise you, it's - it was like a dream. It was surreal.

The 28-year-old singer from Alabama was comfortable and confident on stage singing the superstar country trio's hit song. What followed was a heated battle between the four coaches for Cary's services.

"You want Nashville to take you seriously from this point forward, don't you? (Season four winner and Team Blake singer) Cassadee Pope has already had her first No. 1 album in country music."

"Blake, it's not the right one for you," Adam said. "Don't you want to break the mold a little bit - do what you do, but do it through me so I can, hopefully, offer you more than he can, being stuck in his own ways."

"Don't you think a girl like me would understand you better than these two jerks?" Shakira asked.

"Dare to be different!" Usher said.

After thinking about each coach's comments, Cary selected Adam.

Now living in Wyoming, where it's hard to find gigs, Cary said she hopes "The Voice" will open up doors for her in the music industry.

She was already receiving interest Wednesday, after just one night on TV.

"Oh, the past 24 hours have been awesome," Cary said. "And don't get me wrong: I love Wyoming. It's beautiful, and these people have embraced me and have been so good and kind to me. But if we're, you know, being realistic, if I'm going to pursue a career in music, which is what I want to do, I need to be somewhere, you know, that's more of a music Mecca.

"So these past 24 hours, you know, I've had a lot of people reaching out to me and a lot of well wishes and, hopefully, you know, I'm hoping that I go all the way. And if not, I hope that I can build a big enough fan base and the right people hear me, you know, new opportunities. I'm just, I'm taking everything I can out of this opportunity to try to, you know, push forward and really, really pursue my music career and make it happen."

She's already pushed three of music's biggest stars out in her favor.