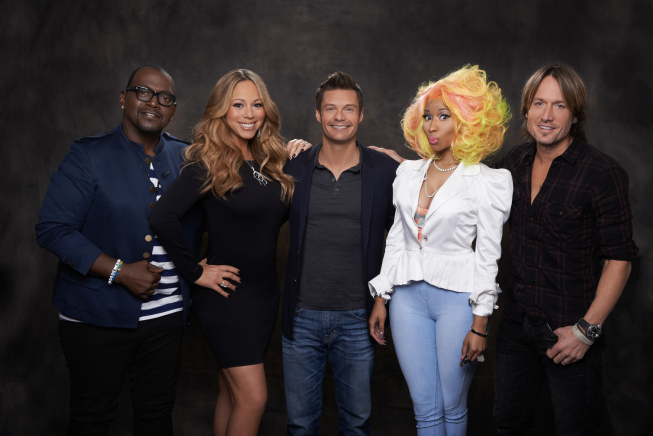 Fans can RSVP to attend free event in their city at www.idolrsvp.com

On Wednesday, Jan. 9 (7 p.m.), 2013, fans in 11 cities across the country will have the exclusive opportunity to see the season 12 premiere episode of "American Idol" for free one week prior to its debut on FOX. Immediately following (8:30 p.m.), "American Idol" host Ryan Seacrest and judges Mariah Carey, Randy Jackson, Nicki Minaj and Keith Urban will participate in a nationwide, interactive Q-and-A, which will be live streamed onwww.americanidol.com and www.livestream.com.

Originating from Royce Hall at University of California Los Angeles, the debut episode and live Q-and-A will be uplinked via TV satellite from Los Angeles to venues in New York, Chicago, Philadelphia, Dallas, Detroit, Boston, Nashville, Washington, D.C., Atlanta and Houston. Fans can RSVP by logging on to www.idolrsvp.com and submitting their name and contact information. The unique promotional event will enable thousands to see the season's first episode before it premieres on the network in a special two-night event Wednesday, Jan. 16 (8 p.m.), and Thursday, Jan. 17 (8 p.m.), on FOX.

After the episode preview, Seacrest will moderate the nationwide interactive Q-and-A with judges Carey, Jackson, Minaj and Urban. The event will appear in satellite venues, as well as stream on various websites, including www.americanidol.com and www.livestream.com, beginning at 8:30 p.m.

Additionally, fans may submit questions for the participating talent now via the "American Idol" Facebook page (www.facebook.com/americanidol) and via Twitter (@AmericanIdol). Questions also may be submitted the day of the event via Twitter using #Idol. Fans watching the Q-and-A at the satellite venues also will have the opportunity to submit questions to the panel.

The free premiere event will be held as noted below. Fans who would like an opportunity to attend in one of the cities may RSVP now atwww.idolrsvp.com.

Note that seating at the venues is not guaranteed. Availability is on a first-come, first-served basis at each venue, even if you are on the guest list.