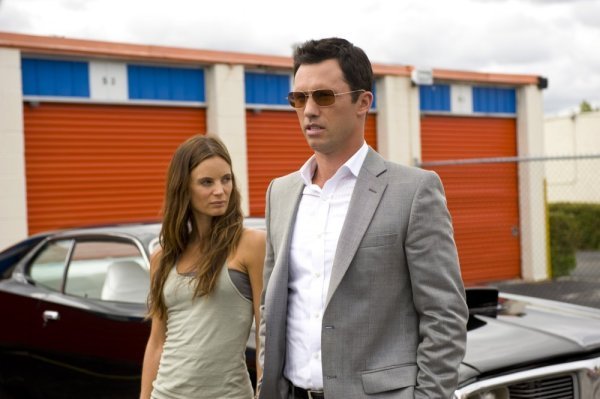 Fans of the show shouldn't expect a happy resolution to this situation. In fact, when "Burn Notice" returns tonight with its fall premiere, things will start to go from bad to worse for these characters.

Last summer, after years of chasing villains and righting wrongs while in pursuit of those who turned on him, Michael finally found who burned him - and why. But in the process, he lost his brother, Nate, and the relationship with his mother, Madeline (Sharon Gless).

If the USA Network renews the highly rated "Burn Notice" for a seventh season - and there's every indication that will happen - Donovan said the show must forge a new, and not necessarily pleasant, path for Michael.

"Well I think that not only am I kind of tired of it, I think maybe the fans are a little tired of just me trying to get back into the CIA and burned," he explained. "But I think that one of the things we've never really explored and I'm actually - this is my thought - no one's actually said this to me - is that the whole mystery behind Michael's past and his relationship with his father, I think that's an interesting road.

"But I also think that we've never really seen how dark Michael can go when someone close to him has been hurt. I mean when his brother is killed, you can see a rage in Michael that - which hopefully the audiences kind of connect with. But I think that there's even something deeper there. And not that, you know, we're a show like 'Dexter' where, you know, Michael's a serial killer and will cut people up but for a greater good. But I think that there is a side of Michael that would channel some kind of monster if he felt like that was the only way to get retribution for someone being hurt that he loved."

Michael's family matters have driven a wedge between him and his team. His anger, guilt and drive to avenge Nate are the seeds to take "Burn Notice" in a new direction.

"I think what's tough for this show is the title," Donovan said. "You know, 'burn notice' was not only an unfamiliar (term) to me, but I think to most fans until they understood what the show was about.

"And it's kind of like calling the show 'Escape from the Moon,' and after the sixth season they got off the moon. Well what next? I think that the fans are going to love this last part of season six because it focuses on Nate's death, finding that killer and bringing him to justice.

"And I think that you'll see a more of a hell-bent Michael - more personal than you've seen him - try to kind of navigate the waters towards getting back in with the CIA. ... And then at the end of the season, you know, it's a bit of a cliffhanger. There's a huge event that happens between Michael and Fiona that will propel season seven, which, if all goes as planned, will be a very different kind of 'Burn Notice' because of the trajectory, but no less kind of dangerous for Michael.

"But I think it'll be more personal next year than it will be professional."