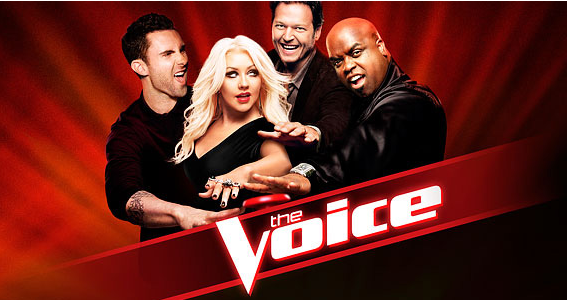 Most singers on "The Voice" don't relish the "Battle Rounds," the stage where two acts enter, and only one (usually) advances.

"I think watching the show is a totally different experience than being in it," Cassadee Pope said. "I always thought the 'Battle Rounds' were really entertaining and it's pretty fun to watch, but being in it, it's a whole different thing. It turns ... competitive and it's super weird."

Wait until you see how the singers react to the new "Knockout Rounds."

In a new twist this season, the third round of "The Voice" paired off each of the "Battle Rounds" contestants into a "Surprise!" second competition. Whereas in the "Battle Rounds" the dueling acts worked with one another to create a masterful duet, in the "Knockout Round" each act is told, on the spot, to perform a song against a second, unknown act. To the winner goes the spoils (in this case, a place in the live episodes).

The singers filmed the "Knockout Rounds" several weeks prior to this week's episodes.

"It's definitely - there's more pressure, and more pressure each time it comes up," Joe Kirkland said of the experience. "You know, we, I mean, I guess a lot of us have always seen the show and we've never - this is kind of a new thing for 'The Voice,' so none of us really knew what to expect. You know, but it's definitely high intensity and it's very, very interesting, and it's going to be something that's really cool to watch, I think."

Michaela Paige noted, "I think that also, you know, it was definitely something that almost intimidated some of us. I mean, moving on, you know? You have seen the 'Battles' before; you've seen the 'Blind Auditions' before. I think that everybody was trying to figure out what the 'Knockout Rounds' were going to be like and I feel like, you know, that was something that definitely added to the game. It was, you know, we were all trying to figure it out while we were trying to prep, while we were trying to rehearse, and that was new for all of us."

With each step to the next round, "the feeling of sort of dread that I got about the eliminating, like, you're eliminating another person every time you perform, and it's somebody who really wants to be there and deserves to be there often, and that feeling is really hard to shake," Nicole Nelson said. "It becomes kind of a mental game of just trying to get it out of your head about the fact that you're on a television show, which so happens to be a singing competition - which is so bizarre - and just let it be about the music. And that - the mental game of that took up most of my time. Like preparation; I mean, this is 90 seconds. I'm used to doing a whole night of music, and so it's not like a lot of preparation going into the actual music part. It's the mental game. It's the, like, you know, getting all of the extraneous sort of thoughts out of the head and just being able to perform. And as the show progresses, that gets harder."

The competition heats up when the new "Knockout Rounds" begin this week on "The Voice."