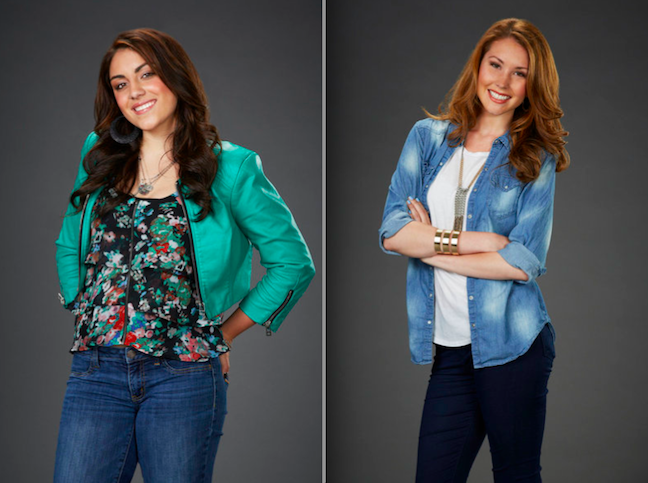 From "The Voice": Singers MarissaAnn (left) and Loren Allred. (Photos by Paul Drinkwater/NBC)

'The Voice': Meet the singers you didn't see

Each of the singers we saw competing last week on "The Voice" had the same amount of time to audition for coaches Adam Levine, CeeLo Green, Christina Aguilera and Blake Shelton. But due to television time constraints, not every singer received the same amount of airtime.

BTS had the opportunity to speak with two of the singers we saw less of in week one: 15-year-old MarissaAnn, who performed "Part of Me," and 23-year-old Loren Allred, who covered David Guetta's "When Love Takes Over."

Both artists are uniquely motivated to excel on "The Voice."

For MarissaAnn, music is a means to celebrate life.

"I am 15 years old; I've been taking lessons since I was 6," MarissaAnn said. "And a little bit about my story and why I got into music is at 5 months old I was diagnosed with a liver disease. After many months and different kinds of surgeries and doctor's appointments, they told my parents that I needed a new liver, right away. My dad actually, you know, he donated a part of his liver to me, and I just take life as a gift every day.

"I am so grateful for everything that I have. And music is so important to me, because it's just so powerful. And with a melody, it can change your whole day. You know, so I love sending a message to my audience and really connecting with my audience."

Loren Allred, meanwhile, is bound and determined to use her talent for something more than a wedding reception.

"I just turned 23 years old and I live back and forth from New York City right now," she said. "My things are in storage because I just kind of wanted to go all the way for 'The Voice.' So I just kind of took that risk. But basically my two parents are classical musicians. My mom is an opera singer and my dad's a choir conductor. So from a really young age I was trained to sing classically and I was in, you know, children's choirs and everything. And then when I was around 12 or 13, I got my first Mariah Carey CD.

"I started singing along with her and I realized that I didn't want to do classical music, how my parents wanted me to do. I was in piano lessons, and clarinet lessons, and choirs, like, constantly. And so that brought me to start school at Berklee College of Music, where I studied there. And sang in a wedding band to make money.

"And while at Berklee I got approached from my videos that were on YouTube, by a label, and they had me come audition and everything. And it resulted in my dropping out of Berklee to pursue that endeavor with the label. My parents, both having doctorates in their field, were just kind of like, 'What are you doing, Loren? This is a big deal. You need to stay in school,' and everything.

"And, you know, being signed was great, but the people that signed on to me left the label soon after. So I ended up kind of being forgotten about a little bit. And it had gotten to the point where I was going to start having to sing in the wedding band again. And that's when I decided to audition for 'The Voice.' Then I got chosen for Adam's team, so it's just kind of really, really great that this has worked out thus far."

"The Voice" continues Monday and Tuesday at 8 p.m. on NBC. Find the show -- and all of its social media connections -- online at http://www.nbc.com/the-voice.