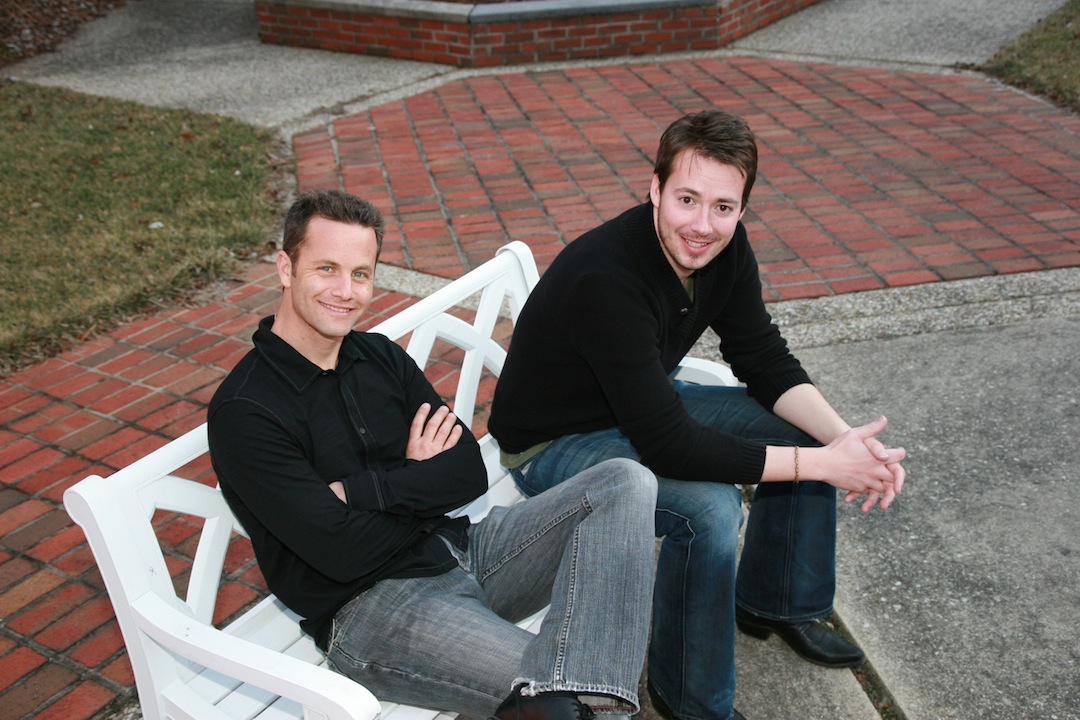 Actor, evangelist brings "Love Worth Fighting For" tour to Williamsville

When asked, Kirk Cameron lists two reasons for the success of his marriage to actress and Western New York native Chelsea Noble: God and the Buffalo Bills.

"We're not huge football fans, but I'll tell you, when I was dating Chelsea, I was the biggest Bills fan in the world!" he joked. "I even went to the Bills-Jets game at Rich Stadium when there was three inches of ice on those aluminum benches. I almost got frostbite sitting out there."

Cameron, a California kid, and Noble also were in town for Frank Reich's historic comeback in 1993, when the Bills overcame a 25-point halftime deficit.

"They didn't fill up the stadium, and so it wasn't on TV," he recalled. "We had to listen to it on the radio. It was awesome."

All kidding aside, the "Growing Pains" star and former teen idol credits the Bible for the health and happiness of his 20-year marriage. He'll share the secrets of his success this weekend at an event called "Love Worth Fighting For" (Saturday, 7 p.m., Eastern Hills Wesleyan Church).

" 'Love Worth Fighting For' is a marriage-strengthening event," Cameron said. "Several years ago, I did a movie called 'Fireproof.' That movie did so well in the theaters, I think, because it struck a chord in the hearts of couples across the country."

"People don't want to fail at family," he said. "They don't want their marriage to fall apart. 'Fireproof' gave people real hope and it gave them a place to go to find real help in terms of wisdom and instruction on how to take a marriage that is going up in flames and put it back together - with the center of that plan having a healthy, vibrant relationship with God."

Cameron is touring with singer/songwriter Warren Barfield, who wrote "Love Is Not A Fight," the theme song from "Fireproof."

"We took that movie and turned it into a live event, and we're bringing it to different churches around the country," Cameron said. "And this weekend we'll be in Williamsville."

"In essence, what it turns out to be is a date with your husband or your wife for four hours," he said. "You have someone else help you with the kids, and you guys go and just focus on your marriage - the most important relationship you've got here on earth. And learn what it takes to make it work, and how to make it work."

Cameron calls "Love Worth Fighting For" "a mixture of music, of humor, of personal stories and honesty, combined with ancient Biblical wisdom on marriage.

"It's a time to pray together, and laugh together, and sing together, and, hopefully, leave holding hands believing that your marriage is worth fighting for for the long haul," he said.

Some might wonder what Cameron knows about relationship woes. He was, after all, a major TV star in his formative years, and graced the cover of myriad teen magazines. Cameron couldn't possibly know anything about failed relationships, could he?

"I'd say 'What are you smoking?' if you said that. "What planet are you living on?' " he said. "Take a look at Hollywood relationships. I've been married for 20 years now, but from the land I come from, called Hollywood, that's something like 200 in Hollywood years, right?"

Living in the spotlight, Cameron said, makes it even harder to build and maintain a winning marriage.

"(Relationships) normally don't work out," he said. "Being in Hollywood and being a celebrity does nothing good, typically, for healthy relationships."

The key to Cameron and Noble's union, he said, is "personal integrity and conviction; commitment."

"A lot of people get married because they're thinking, 'Wow, you're cute. And you make me feel great. Let's just sign this piece of paper and keep this love affair going for 50 years,' " Cameron said. "And when that doesn't work out and people aren't feeling the love connection after 10 years or 20 years or 30 years, they often feel, 'Well, this isn't meant to be,' or 'This isn't what I signed up for,' and they bail. Or someone does something terrible to hurt them and it falls apart.'

"You've got to have a commitment to something much larger than your marriage if you want your marriage to work. Marriage, I believe, is not really a 'You make me happy' contract. Marriage is a school where you learn how to become more like Jesus. God designed marriage - he invented the concept of marriage - and it comes with instructions. And when you read them, you learn that it's not about your spouse making you happy, it's about you learning how to serve someone else - even when they don't make you happy. And when you do that, it produces joy. And that's much more valuable than a 'You make me happy' contract.

In other words, Cameron said his marriage works despite the fact he and his wife are "famous."

"I would say what makes it for us is a commitment to the instruction book, and a thankful attitude that makes us think of one another before ourselves. Without that you're toast."

Kirk Cameron brings "Love Worth Fighting For" to Williamsville on Saturday, June 9. The event begins at 7 p.m. at Eastern Hills Wesleyan Church, 8445 Greiner Road. For more information, or for tickets, visit www.feedyourfaith.org.