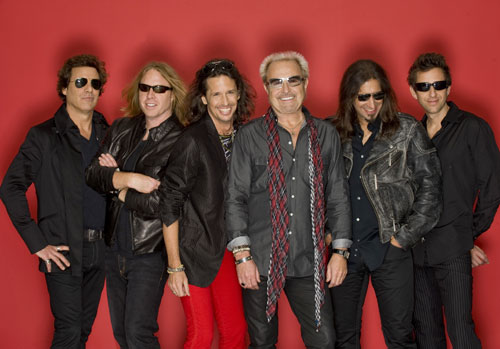 At a press conference Tuesday, Artpark announced Kansas and Foreigner will kick off the 2012 "Tuesday in the Park" concert series.

Prog-rock all-star band Kansas is returning to Niagara County to perform June 19 at the Lewiston venue. The band is known for hit songs such as "Dust in the Wind" and "Carry on Wayward Son," and a more recent side project, Native Window.

Click here to find out more about Kansas' 2010 performance at the Molson Canal Concert Series in Lockport.

Seminal '80s rock group Foreigner will headline "Tuesday in the Park" at Artpark for a third time. The band, which rose to fame behind hit songs such as "I Want to Know What Love Is," "Double Vision," "Say You Will" and "Waiting For a Girl Like You," performs June 26.