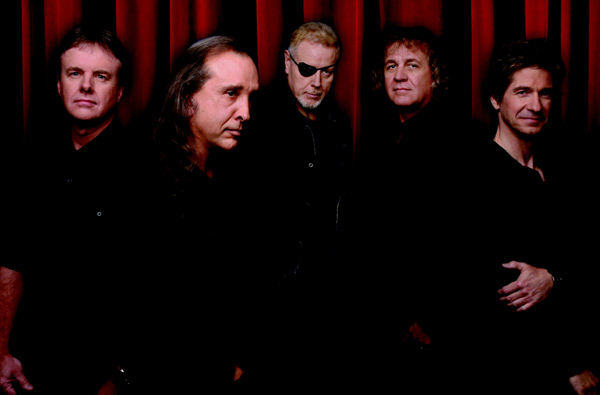 Kansas offering a little something extra these days

So, Kansas opens for Kansas, you ask?

The foursome goes by the name of Native Window and, among the songs performed each set, nary a Kansas song will be found.

"Anything else was fine," Williams says in a phone interview, describing the new venture as "an opportunity to not do Kansas, and to sort of take that cross off our back."

Not that anyone was tired of performing songs such as "Dust in the Wind," "Carry on Wayward Son" or "On the Other Side." The idea to try something new - to form a second act - just sort of happened.

"It was kind of a ‘What if?' " Williams explains. "But then we started thinking about it more seriously. ‘You know, we're already there. Well, what would we do, if we did?'

In bits of down time over a two-year period, the band decided to write and record its own material. Native Window released its debut, eponymous album on June 23.

"It's nothing against coffee bands," Williams adds. It's just that at some venues, and with some ticket prices, "People paying for the tickets really don't want to see the band that was just playing down at the Holiday Inn," he says.

As such, some Kansas bills feature Native Window in the opening slot.

Now, when Kansas performs Friday at Molson Canal Concert Series in Lockport, it's unclear if Native Window will perform (the Molson Web site lists the opener as "special guest.") What is certain, however, is that the headline act will offer more than an hour's worth of classic Kansas cuts.

"That's what we do. We've been doing it for 36 years. We've gotten good at it," Williams says.

Lead singer Steve Walsh is, of course, at the helm of the DVD, which includes contributions from former Kansas players Kerry Livgren (guitar/keys) and Steve Morse (guitar), as well as vocal backing by the 50-piece Washburn University Orchestra.

"It seemed like a good time to release something like this," Williams says. "We knew we wanted to do it."

The band returned to Topeka, Kansas, and staged what Williams calls a massive performance.

"Mixing us plus a 50-piece orchestra is a huge undertaking," he says. The end result, though, was worth the time and effort.

"It's my favorite thing that we've ever done," Williams says.

Kansas takes the stage Friday at the Molson Canal Concert Series. The event begins at 5:30 p.m. in the Ulrich City Courtyard (behind Main Street's Taboo and the Metropolitan Restaurant in Lockport). For more information, visit the concert Web site.

"There's Know Place Like Home" and "Native Window" are both available via iTunes and Amazon.