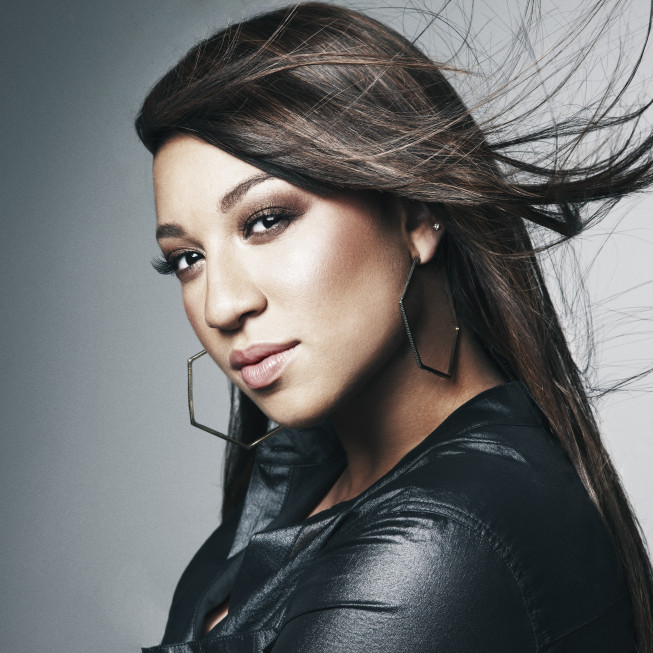 The first finalist eliminated from "The X Factor" is now the first to win the FOX reality/singing competition. Melanie Amaro is the last performer standing; she took the title Thursday after outpolling competitors Chris Rene and Josh Krajcik.

The 19-year-old singer was sent home following the "judges' homes" semifinal round. But two weeks later, Simon Cowell, realizing he made a mistake, traveled to Coral Springs, Fla., to retrieve the British Virgin Islands native whose voice trumped those of the other 16 finalists. He put her on the show (and on his team), and the two never looked back.

Following a night where she netted zero sleep, an excited and still somewhat shocked Amaro spoke about winning "The X Factor."

"It's so surreal; I feel amazing. I feel as though I'm in a dream and this is not real," she told BTS and colleagues Friday.

When Amaro was sent home, she said she figured that was the end of her "X Factor" journey. She didn't expect a second chance. And once she was brought back, she didn't think she could win.

"Actually no, which is really bad, because I should've really believed in myself," she said. "I kept thinking to myself that I wasn't good enough and I constantly kept telling myself that."

Right along, though, it was obvious there was something different about Amaro. While some critics dismissed the skill and ability of the other contestants, Amaro consistently received high praise for her big, booming voice. Similarly, "The X Factor" judges routinely praised her talent and celebrated her passion.

"I think my talent was a gift, and I think that I had a big range - I've got a stronger range than a lot of the other contestants," Amaro said. "I think that it's me doing what I do - with all of my heart. That kind of put me apart from a lot of the other contestants, because I sing every time, and when I sing, I sing with all of me. I sing to the very, very pit of my soul; I sing, because it's something that I truly, truly enjoy."

While Amaro entered "The X Factor" to find a voice for her talent, she also found a voice for herself. Prior to the competition, she struggled with fitting in and often succumbed to self-doubt. But about halfway through the season, something inside her clicked. Amaro took the mic and revealed her true self (accent and all). She told America she was bound and determined to break out of her shell and fight for the title.

At that point, Amaro became an inspiration for those longing to find their own spotlight.

"That means a lot to me to know that, by me doing what I've done with my music, (it) has inspired someone else to do what they love and maybe fulfill their dream," she said.

Amaro was tight-lipped about what type of album she wants to make, or when she'll hit the recording studio.

"I don't think I'm going to give anything away," she said. "I'm going to keep everyone guessing as to what's going to come out, so that when it does come out and they go get it, it's like, 'Oh my God; this is amazing,' and they really like it. I'm just hoping and praying that everybody enjoys the music that I put out and that they see the passion and the love that I have for my music."