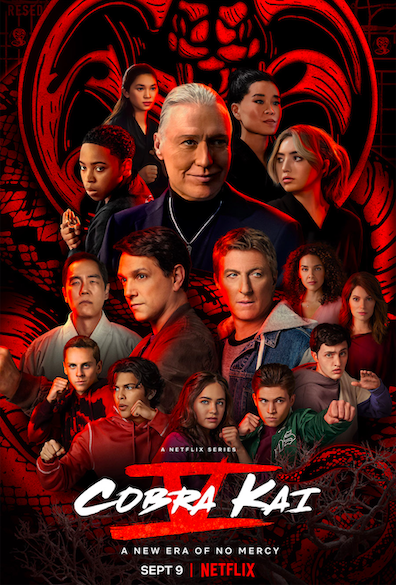 'Cobra Kai' to conclude with season 6 on Netflix

The continuation of the iconic “Karate Kid” franchise has set its sight on one final tournament run.

On Friday, the Twitter account for the hit Netflix series “Cobra Kai” shared, “Let me ask you: Do you have one more fight left in you? The sixth and final season of COBRA KAI is coming soon to Netflix.”

Creators and showrunners Josh Heald, Jon Hurwitz and Hayden Schlossberg shared a letter with fans that stated, “When Daniel LaRusso arrived in the Valley with his mother in 1984, little did he know that his life was about to be forever changed. The same went for three young kids from New Jersey who hadn't yet met one another. Daniel's journey from bullied teen to underdog hero became an indelible part of our childhoods, and something that we would always carry with us in our hearts.

“Reacquainting the world with The Karate Kid universe has been our humble honor. Making Cobra Kai has allowed us to join the same hallowed dojo once inhabited by the great Robert Mark Kamen, John Avildsen, Jerry Weintraub, and all the amazing original cast members. It has also enabled us to play sensei, expanding the original storylines and birthing a new generation of underdogs. We've never once taken this opportunity for granted.

“Our day one goal with Cobra Kai has always been to end it on our terms, leaving the Valley in the time and place we've always imagined. So it is with immense pride and thankfulness that we are able to announce that achievement. The upcoming Season Six will mark the conclusion of Cobra Kai.

“While this may be a bittersweet day for the fandom, the Miyagiverse has never been stronger. This fandom is the BEST on the planet and we hope to be telling more Karate Kid stories with you down the line. Because as we all know, Cobra Kai Never Dies.

“In the meantime, strap in for the BIGGEST SEASON OF COBRA KAI YET. And let today be a celebration of all that's come, as well as all that's still left to be told. We couldn't do it without you.

“The Karate Kid” was released in 1984 and starred Ralph Macchio as Daniel LaRusso, Pat Morita as Mr. Miyagi, William Zabka as Johnny Lawrence, Martin Kove as John Kreese, Elisabeth Shue as Ali Mills and Randee Heller as Lucille LaRusso. It spawned two sequels with Macchio and Morita, and a third with Morita and Hilary Swank.

The first five seasons of “Cobra Kai” are now streaming on Netflix.