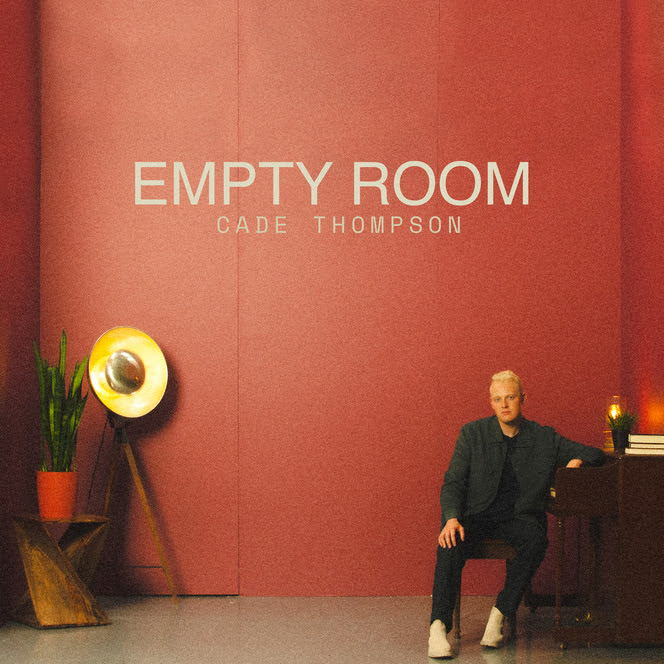 Emerging singer-songwriter and Red Street Records’ recording artist Cade Thompson announces his sophomore album, “Empty Room,” is coming April 14. The album’s title track (listen here) and brand-new music video are both available today, along with a preorder for the album.

A press release noted, “ ‘Empty Room,’ produced by Benji Cowart and Micah Kuiper, who both co-wrote the song with Thompson, combines vulnerable lyrics with a powerful guitar riff, bringing unexpected energy to the song.”

“The producers captured the power of each lyric and paired this with a fresh sound unique to each song,” Thompson said.

The music video, which can be viewed below, encompasses the song’s concept with a performance by Thompson.

“Through this video, I was able to articulate a visual passion that I felt while writing and recording this song," he said. "Filming was an absolute blast, and I can’t wait for fans to see it!”

Drawing listeners in singing “Just me just You / This empty room,” the song is the fourth single from his upcoming project, which is an ode to his musical journey that Thompson is excited to take listeners through.

A preorder for the new album is now available and includes the four currently released songs and videos. Also, be sure to visit his website, CadeThompsonMusic.com, for any upcoming tour and music updates.

Red Street Records artist Cade Thompson is an energetic and soulful contemporary Christian music artist with a sound that appeals to believers and mainstream pop audiences alike. God has continued to reveal Thompson’s heart, the outpouring has resulted in a strong connection to his generation sonically and lyrically.

Shortly after finishing high school, he moved to Nashville, Tennessee. Following his move, he signed a record deal with Red Street Records, an independent Christian label founded by Rascal Flatts member Jay DeMarcus. In February of 2020, Thompson made waves across the Christian music community with the release of his debut single, “Provider.” In August 2020, he earned his first Top 20 Billboard charting single, with the release of his second radio single, “Every Step of the Way.”

He has shared the stage with artists such as Michael W. Smith, TobyMac, Newsboys, Crowder, We The Kingdom, among many others, and has also seen huge success online, where his music has earned over 35 million streams to date. Thompson’s debut album, “Bigger Story,” was released in September 2021. In June 2022, Thompson released his current radio single "Arms of Jesus" followed by "Lost Without You," both of which will be featured in his next project expected in 2023. Most recently, Thompson made his national television debut on TBN’s “Huckabee Show,” performing his current radio single “Arms of Jesus,” and his debut single “Provider.”