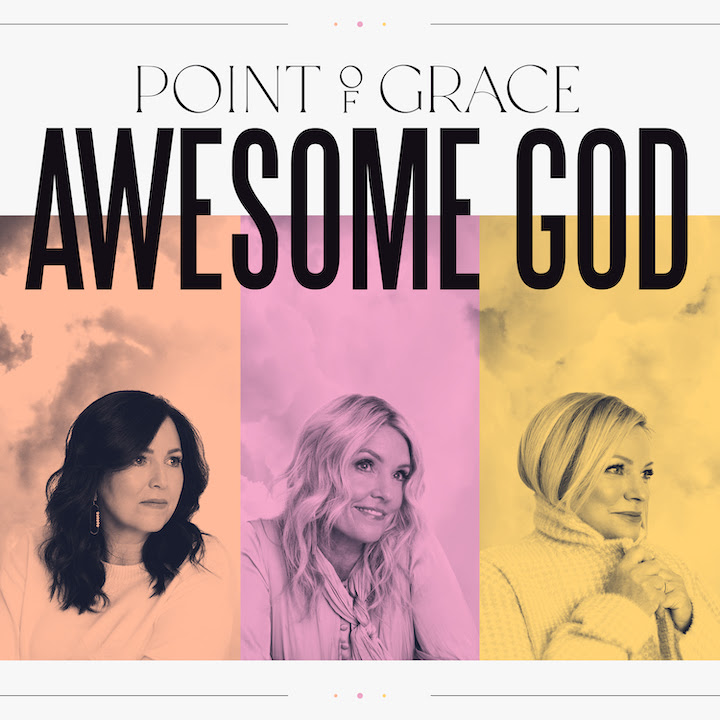 Recorded more than 25 years after Mullins’ untimely death, Point of Grace’s impassioned revival of “Awesome God” showcases the trio’s signature harmonies atop a roots/pop piano-driven arrangement. The song is highlighted by a spoken word interlude from Mullins – a 1990s interview excerpt in which he discusses the Church as the embodiment of Christ to the world. Culminating with a live recording of the anthem’s ubiquitously beloved chorus, sung by the audience at a Point of Grace concert in Ocean City, New Jersey, last year, “Awesome God” will be included on the group's forthcoming full-length set.

“I think all three of us would agree that ‘Awesome God’ has soundtracked many seasons of our lives, from youth camps to college and beyond – it’s just one of those songs that’s timeless,” Point of Grace’s Leigh Cappillino said.

“When we asked the audience in Ocean City to sing the chorus a-cappella so we could record it for an extended ‘outro’ to the song, we didn’t need to give them the lyrics,” she added. “The entire room instinctively knew the words, and that’s just another example of how ‘Awesome God’ continues to stand the test of time.”

“Rich’s music and his thoughts on God challenged the Bible Belt bubble I was living in,” Denise Jones said. “Jesus loved rowdy folks – people who were rough around the edges – and so did Rich. He inspired me to rethink, ‘Who is my neighbor?’ and ‘How do I love them well?’ ”

The group’s discography includes 10 best-selling studio recordings, four Christmas albums and such Christian radio standards as “How You Live (Turn Up The Music),” “Keep the Candle Burning,” “Circle of Friends” and “Jesus Will Still Be There.” Comprised of Shelley Breen, Denise Jones and Leigh Cappillino, Point of Grace founded the Girls of Grace conference; they appear regularly on the historic Grand Ole Opry stage; and they have authored multiple books, including 2020’s “How You Live: Lessons Learned from Point of Grace.”