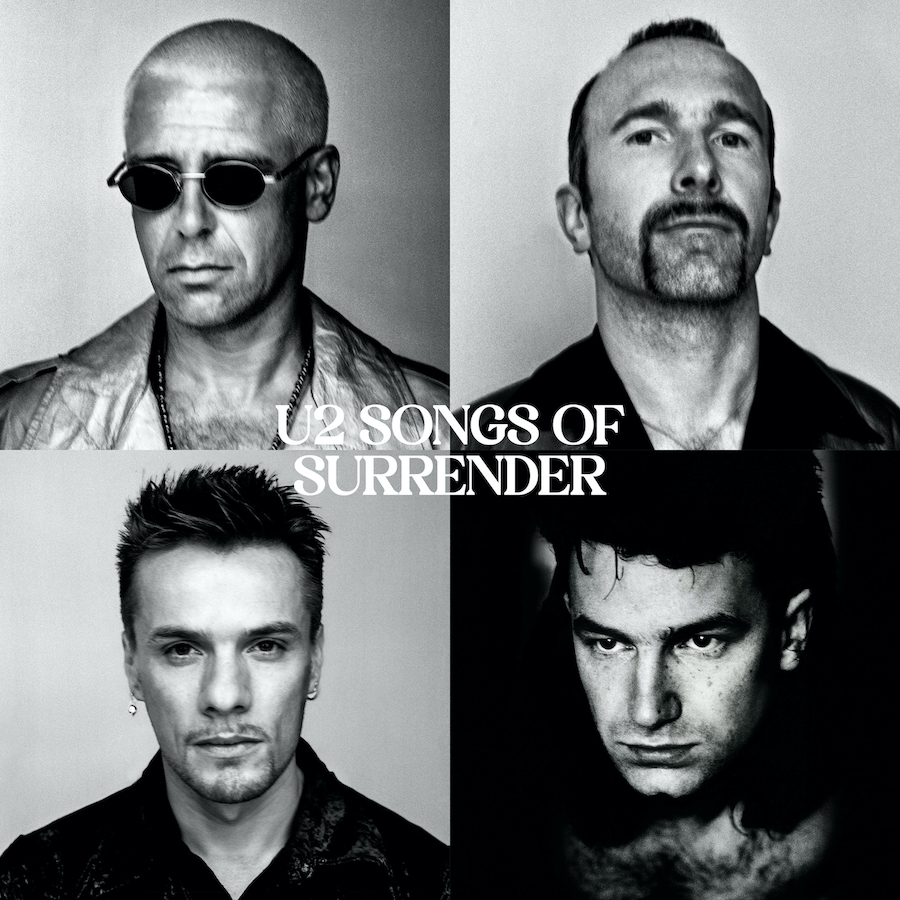 U2 'Songs Of Surrender': 40 songs rerecorded and reimagined and available March 17

Island Records/Interscope/Universal Music Canada on Wednesday announced the release of “Songs Of Surrender.” The collection of 40 seminal U2 songs is from across the band’s catalogue, rerecorded and reimagined for 2023 in sessions spanning the last two years. It will be released in full on Friday, March 17.

The first track to be made available from this brand-new set of recordings is the anthemic "Pride (In The Name Of Love)." Listen here: https://U2.lnk.to/Pride-SOS.

“Songs Of Surrender” is curated and produced by The Edge and sees the band revisit some of the most celebrated songs of their 40-plus year career, including "With Or Without You," "One," "Beautiful Day," "Sunday Bloody Sunday" and "Invisible.” The musical reimagining resulted in a completely new recording of each track, to include the arrangements and, in some cases, new lyrics.

The Edge said of the project: “Music allows you to time travel, and we became curious to find out what it would be like to bring our early songs back with us to the present day and give them the benefit, or otherwise, of a 21st century reimagining.

“What started out as an experiment quickly developed into a personal obsession as so many of our songs yielded to a new interpretation. Intimacy replaced post punk urgency. New tempos, new keys and, in some cases, new chords and new lyrics arrived. A great song, it turns out, is kind of indestructible.

“The process of selecting which songs to revisit started with a series of demos. I looked at how a song would hang together if all but the bare essential elements were taken away. The other main aim was to find ways to bring intimacy into the songs, as most of them were originally written with live concert performance in mind.

“Reviewing these sketch recordings with producer Bob Ezrin, it was very easy to see the ones that worked straight off the bat and those that needed more work. We all got into the sensibility of less is more.”

The 40 newly recorded tracks are collected together under each of the four band member names across four separate “albums,” with The Edge adding, “Hearing the songs interact, and finding the running orders for the four albums was really thrilling; finding the surprising segues, getting a chance to DJ. Once we had four distinct albums it was easy to see who would be the figurehead for each one.”

The complete “Songs Of Surrender” track listing is: