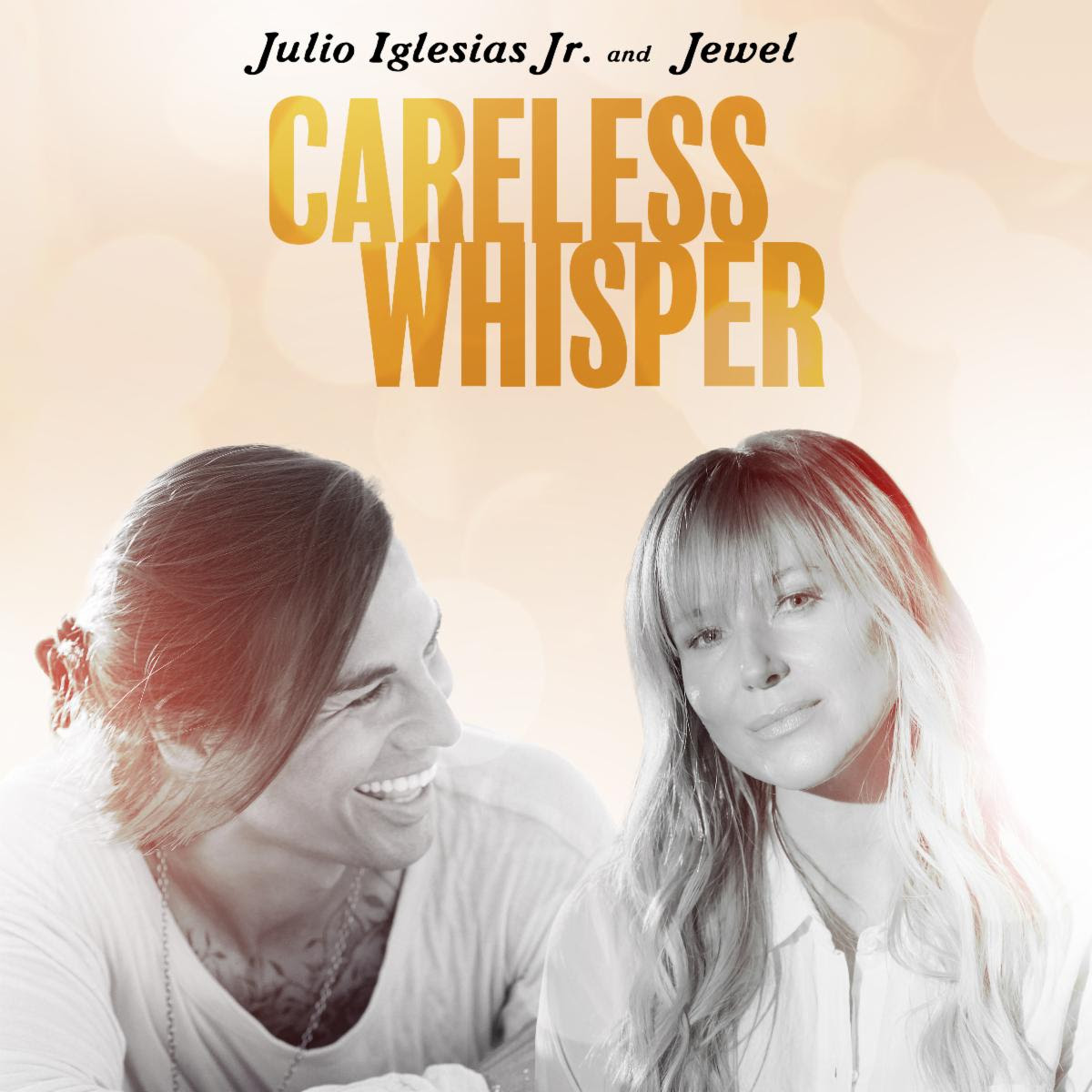 From Julio’s ‘Under The Covers’ album out Feb. 14

Press here to listen to “Careless Whisper (with Jewel),” from Iglesias’ new album, “Under The Covers,” out on Valentine’s Day and produced by Grammy-winning producer Rudy Pérez.

“I have always admired Jewel as an artist,” Iglesias said. “For me, her songwriting has always hit close to the heart, and her vocals make her one-of-a-kind. When you hear them, you know it’s Jewel. I truly think she is no doubt one of the top female artists of all time, and I can’t believe I got to collaborate with her on 'Careless Whisper,' one of my favorite songs recorded and written by George Michael.

“George’s music was very much part of what I have listened to over the years growing up, and not to mention my dad also recorded the song. I will never forget the day we tracked the song with Rudy Pérez producing. It’s honestly a dream come true.”

Jewel said, " 'Careless Whisper' is such a classic song. George Michael's lyrics are completely timeless. I'm honored that my dear friend Julio asked me to sing this with him. I think his voice adds an entirely new and fresh layer to the song. Together, we wanted to illustrate both sides of the story, opposing ends of the partnership, but locked together in harmony, like most complicated relationships. I've known Julio for a long time, and his artistry is always heartfelt and genuine. I love working with him and getting to join in on the creative journey.”

The press release said, “ ‘Under The Covers’ finds Julio reinterpreting an eclectic mix of pop songs in the classic sound of big band and swing – a supreme fit for his crooner voice and innate elegance as a song interpreter. The album’s selection of songs feels like a soundtrack to our lives, evoking good memories and brightening the heart. The album includes lush renditions of Marvin Gaye’s ‘What's Going On,’ Tears for Fears’ ‘Everybody Wants to Rule the World,’ Billy Joel’s ‘Just The Way You Are,’ Belinda Carlisle’s ‘Heaven Is A Place On Earth,’ Ed Sheeran’s ‘Shape Of You,’ Chris Isaak’s ‘Wicked Game,’ and ‘I’m Too Sexy’ with Right Said Fred.”

It added, “Julio Iglesias Jr. has lived a life steeped in the transcendent power of music as part of one of the most talented and recognizable families in entertainment. Since first taking the stage with his legendary father as a small child, the Madrid-born artist has turned out global musical projects in a dazzling expanse of genres, toured with icons like Cher, records in English, Spanish, French and Portuguese, and continues to deliver crowd-thrilling performances where he finds unparalleled joy being able to authentically connect with audiences on stage.

“As Julio taps into the true heart of his artistry with ‘Under The Covers,’ he is preparing several other exciting major projects still to be announced.”